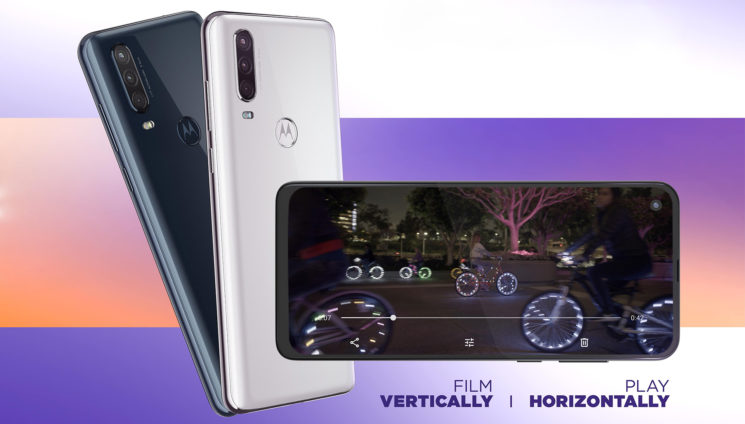 Motorola has had just about enough of vertical video. So, for the new Motorola One Action, they’ve rotated the wide-angle camera to make it shoot horizontal video when holding your phone vertically.

It’s a neat approach and one that many users have been asking after for years. After all, it just feels more natural to hold our phones vertically – which is what caused the problem of vertical video in the first place. Now, Motorola is taking a gamble on this feature to help bring them back into the big leagues.

It’s no secret that Motorola doesn’t quite command the power and respect it once did. After bringing the world some of its earliest smartphones, it took a bit of a back seat once Blackberry, Microsoft, Google and Apple entered the fray. Blackberry is still struggling, and Microsoft has basically abandoned phones altogether, but Motorola is still doing moderately well, currently holding an 8.3% market share for Q2 2019.

But, as a company, Motorola needs to innovate again. And that seems to be their hope with the new Motorola One Action smartphone. As the name suggests, it’s designed as an alternative to an action camera, featuring an ultra-wide 117° field of view to help ensure that your subject is always in the frame.

But more significantly than that, holding the camera vertically doesn’t shoot vertical video. It shoots horizontal video. It is an interesting concept, although I do wonder how the general public will adopt it.

The Motorola One Action actually contains three cameras. At least, three on the back. There’s the 16-megapixel 178° ultra-wide, a more modest 12-megapixel 78° main camera, and the third is a 5-megapixel depth camera to assist with computational photography effects like fake bokeh. For the front, there’s a standard 12-megapixel, vertically-oriented selfie camera.

Here’s the rub, though. That 16-megapixel action camera, designed for shooting horizontal while holding the phone vertically… Yeah, the footage it shoots in this mode is only 4-megapixels. It uses what Motorola calls “Quad Pixel” (pixel binning) to combine every four pixels into a single new pixel. Then, when you crop to the 16:9 aspect ratio, 4-megapixels. 1080p HD is around 2-megapixels, and 4K is around 8. So, I wouldn’t expect massive detail with this.

But, despite the low resolution, it’s a start. Although, when you look at the size of that horizontal image on the vertical display, I’m not sure I’d want to look at that tiny scaled-down version of my shot while filming something. I still think it’s an interesting idea, although, I prefer LG’s implementation.

Oh, and it has a headphone jack.

The Motorola Action One is available today in Brazil, Mexico and a few countries in Europe for €259 and Motorola says it will become available in Latin America, Asia Pacific and more EU countries next month, with the US and Canada coming in October. You can find out more on the Motorola website.