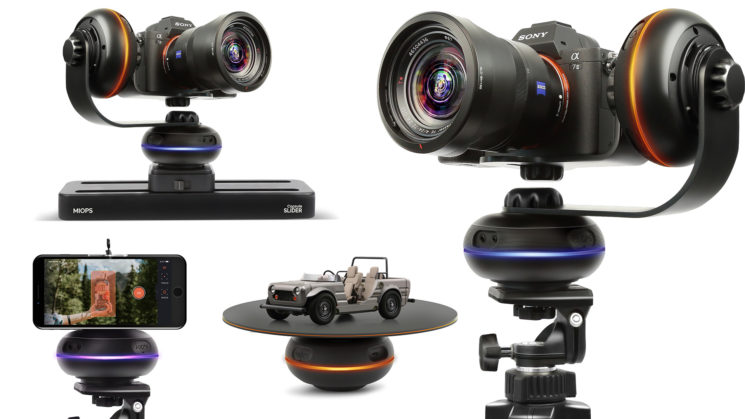 MIOPS has seen some measure of success with its rather popular MIOPS Mobile camera trigger. Well, now they’re getting into motion control with the launch of the new Capsule360. It’s a modular motion control system that offers up to 3 axes of movement. Paired with your Android or iOS device, it also offers real-time facial and object tracking.

As with some of the previous MIOPS projects, the Capsule360 is being funded through Kickstarter. Units start at only $179 for the early bird single pack unit up to $879 for the full “premium pack” (also early bird price) which includes 3 Capsule360 units, L bracket, slider, dolly, turntable kit and a mobile dongle.

It looks quite similar in principle to other motion control heads we’ve seen in the past, like the Syrp Genie Mini. That, too, is a somewhat modular system that allows you to use one or multiple units to control the camera in different ways. But the facial and object tracking system of the Capsule360 is somewhat unique amongst this type of device. We’ve seen it in various handheld gimbals recently, especially those from Zhiyun, but not amongst systems like this.

So, let’s have a look at the basic setup. At its core, is the single Capsule360 setup. This is quite simple. You mount the unit on top of your tripod, and then put your camera on top of that. From there you can control it with your mobile device, in one of several ways.

Even with just one unit, you can do facial and object tracking, too. you can either use your phone as the camera, or you can simply mount it on top of a more advanced DSLR or mirrorless system.

You can combine your single Capsule360 unit with an L bracket in order to get tilt control. Or you can get a second Capsule360 and have both pan and tilt control at the same time. All of the units work wirelessly with your phone and each other, offering 2-axis movement and tracking. 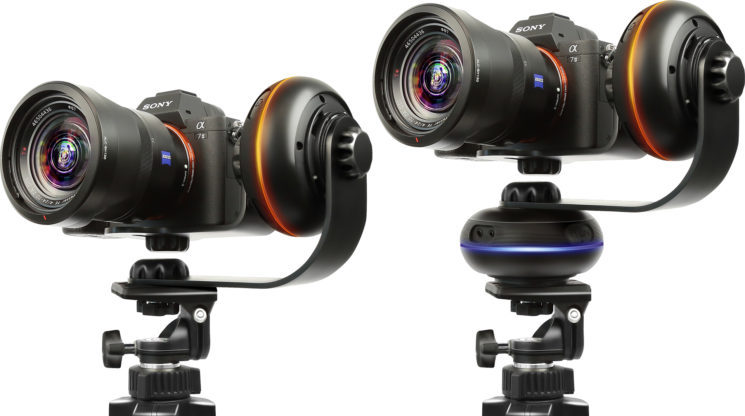 As well as the obvious benefits of a 2-axis pan & tilt motion control system for both timelapse and regular video, there is one other very cool feature. Star tracking. This feature allows the Capsule360 unit to automatically counter the earth’s rotation in order to make sure your stars stay fixed in your scene for those long exposures. 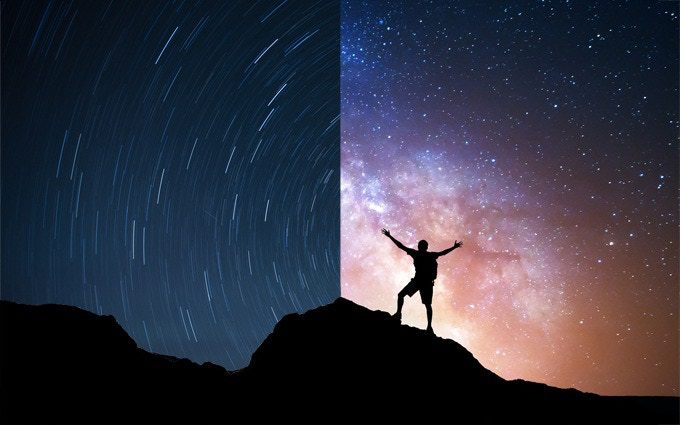 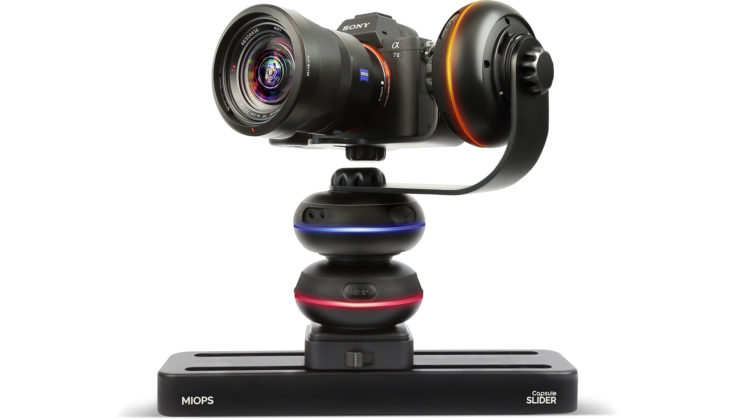 Also available, is a turntable kit, which allows you to create full 360° photographs of an object. The example mentioned in the Kickstarter campaign is for 360° product photography. But I bet this could work quite well for photogrammetry, too.

They say there’s no fuss when you fire up the app to control your capsules. It automatically knows what your setup is and which Capsule360 unit is in what position, with an auto-mode detection feature. It’s just turn it on, tell it what you want it to do, and away it goes.

Overall, it looks like a very well thought out piece of kit. Yes, there are some similarities with the Syrp Genie Mini, so let’s see how the two compare side-by-side.

¹ – This is the non-early-bird price on the Kickstarter campaign. This may not be the final retail price.

Spec-wise, you can see the two are very similar. Although the Capsule360 claims a much higher load capacity, finer angle refinement (handy on long slow timelapses), and it comes in slightly cheaper (for now). The 2 unit pan-tilt kit is also significantly cheaper, coming in at $479 for the Capsule360 kit, and $587 for the Genie kit. Again, that’s the Kickstarter non-early-bird price, so that doesn’t mean it’ll stay $479 once it goes on general sale.

On paper it looks like a pretty good system. The object and face tracking particularly looks very interesting. I’m curious how well that would work with a regular long slider for doing pan-slides around an object for product b-roll. Combined with the pan-tilt bracket, it could make for some very cool shots.

To find out more about the Capsule360 modular motion control kit, check out the MIOPS website, and to back the project and get your own, head on over to the Kickstarter page.