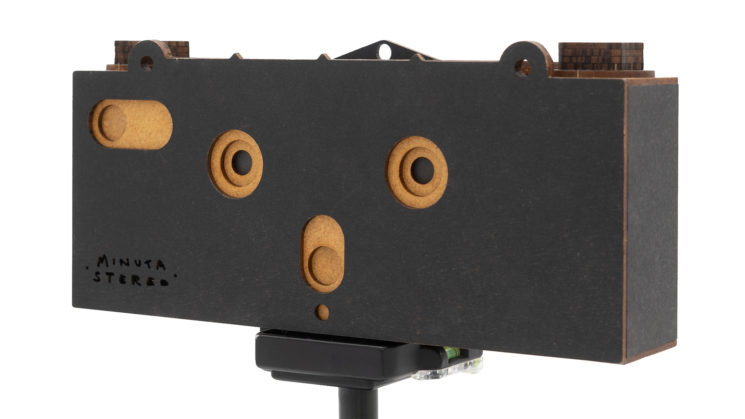 Stereoscopic photography is a wonderful thing. Whether you’re able to use it in serious client work or not, it’s incredibly fun. It’s something I’ve been doing occasionally for years, and even recently with digital – thanks to the Weeview SID. But there’s no experience like shooting it on film. Until you’ve developed it, there’s no real way to know if you’ve got the shot or how it’s going to look. It’s an almost magical experience.

Well, Architect Dominik Oczkowski at Oczko Stereo wants to bring that experience to everybody with the new Minuta Stereo – a stereoscopic pinhole camera that shoots both 35mm and 120 medium format roll film. It also lets you adjust the “rise” of the film plane to compensate for off-axis horizons and keystoning. And it’s coming to Kickstarter next month.

The camera houses a pair of pinholes, which they say are a 50mm equivalent when shooting square format images on 35mm film and a 20mm equivalent when shooting panoramic images (presumably 6×6 medium format, too) with an aperture of f/140. On a 35mm roll, you get 20-24 square photos or 8 panoramics. With 120 medium format roll film, you get 6 square photos.

The Minuta Stereo is billed as an “affordable starter set” to make shooting 3D on film more accessible to more people and introduce them to the world of stereoscopic photography. No price has been mentioned yet, though, and it’s unlikely we’ll hear of one before the Kickstarter campaign goes live. When it does go live, it’ll be available in two ways. Either a pre-built and ready-to-go camera that you just need to load film into, or as a DIY kit of laser-cut components that you assemble yourself. 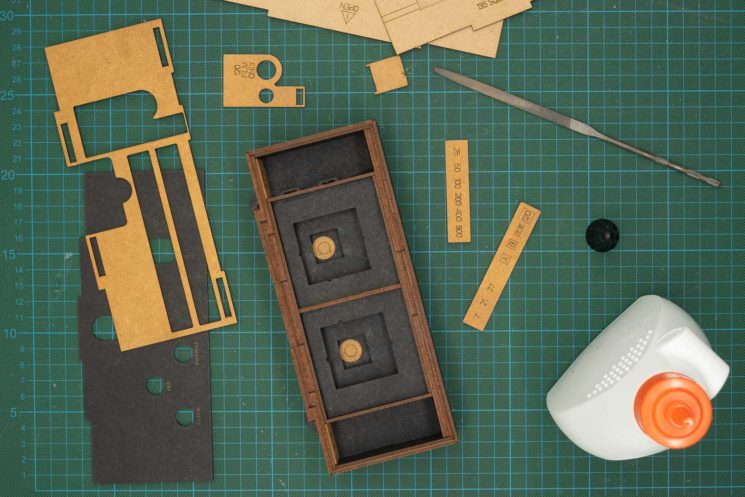 But whichever way you go, you’ll be sure to get some pretty cool images – although, yes, that will largely depend on the scene towards which you’re pointing it and it will most certainly take some getting used to. So, use some cheap film stock while you’re learning.

Go on, cross your eyes and give it a try!

As well as the Minuta Stereo camera, there’s also the Emulsia Stereo 3D viewer, allowing you to easily look at your pairs of images in all of their 3D glory when viewed in front of a light panel or another strong light source. And if you’ve scanned images into your phone, it’ll even work with that. 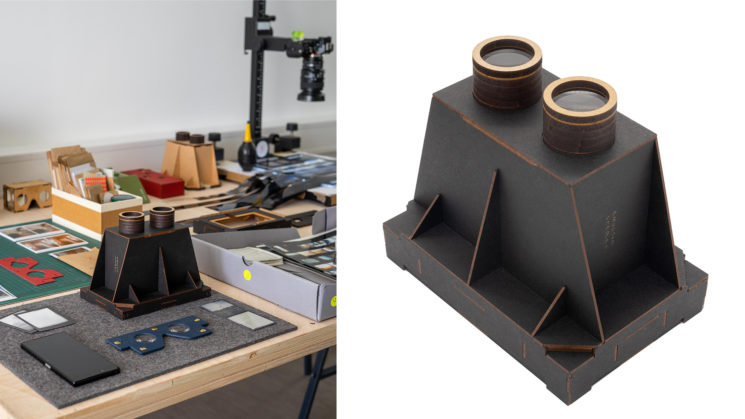 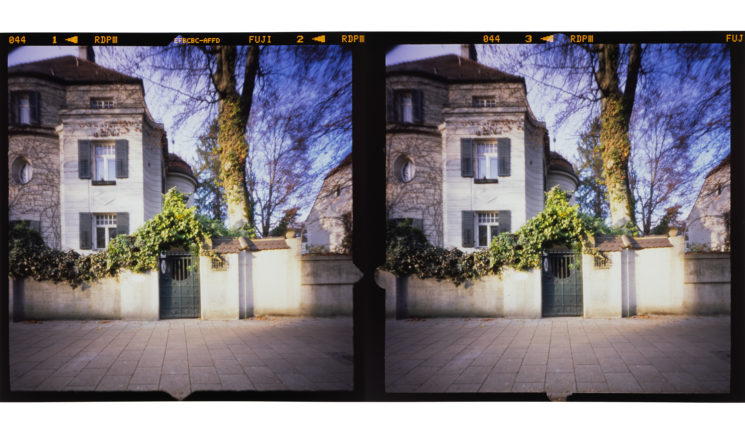 The Kickstarter campaign is due to go live in a little over 28 days. Until then, as mentioned above, there’s no word on price or how soon the cameras will ship on the conclusion of the Kickstarter campaign. That is, assuming it gets fully funded – which I hope it does. It looks like it’ll be a lot of fun to shoot with!

For now, though, if you want to find out more about the camera and viewer, head on over to the Minuta Stereo website. And if you want a crazy (not quite stereoscopic but maybe kinda could be) DIY pinhole camera to try and build in the meantime, be sure to check out La Guillotine camera.

« British photojournalist arrested for doing his job and covering a story
What is flash recycle time and how/why does it work the way it does? »