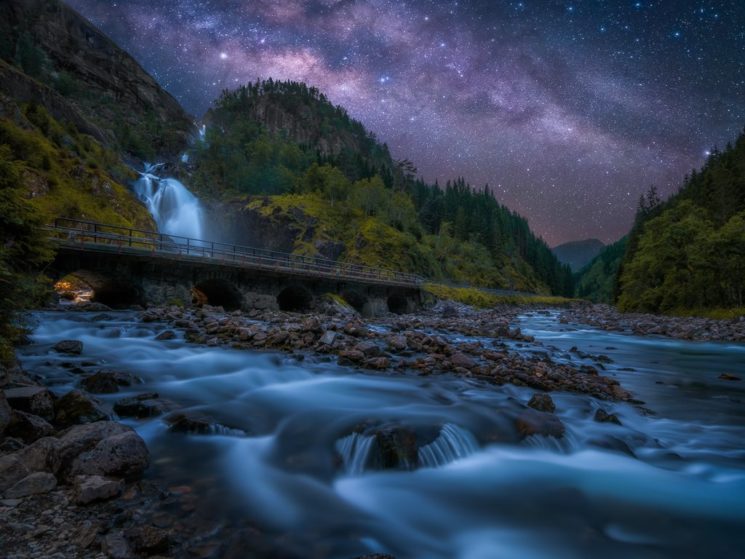 For several years I have believed that shooting with a medium format camera at high iso would yield a terrible result. I have thought that there is likely no point in even trying because the image will be ruined because of noise. However, this fall I brought my Pentax 645Z and the Pentax 25mm f4 out into the darkness where the zombies reign.

I would have loved to have an ultra-wide-angle f2.8 lens to the 645Z. That would have been an advantage. On the other hand, many claims that a larger sensor with larger pixels will capture more light, so perhaps a f/4 lens could work after all.

How did it go?

How did the 645Z fare? And did I survive the relentless attacks from the zombies? Let’s find out.

The following image is shot at iso 6,400, and it is straight out of camera. 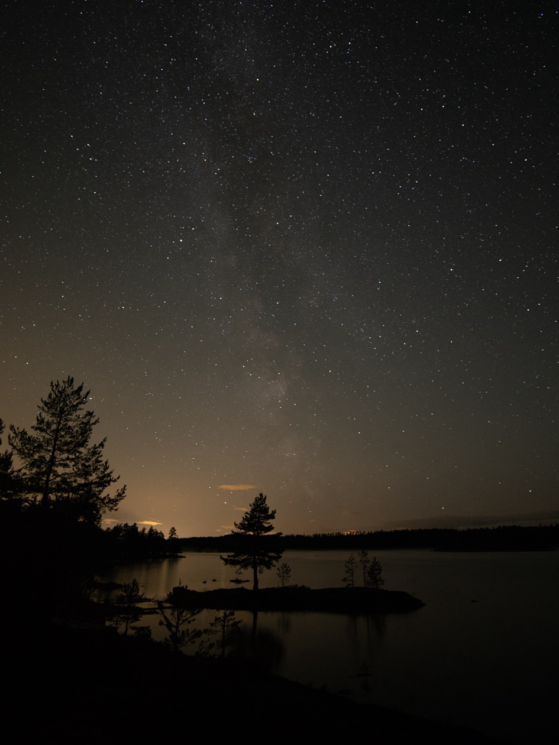 This is how the image looks after it is edited in Lightroom: 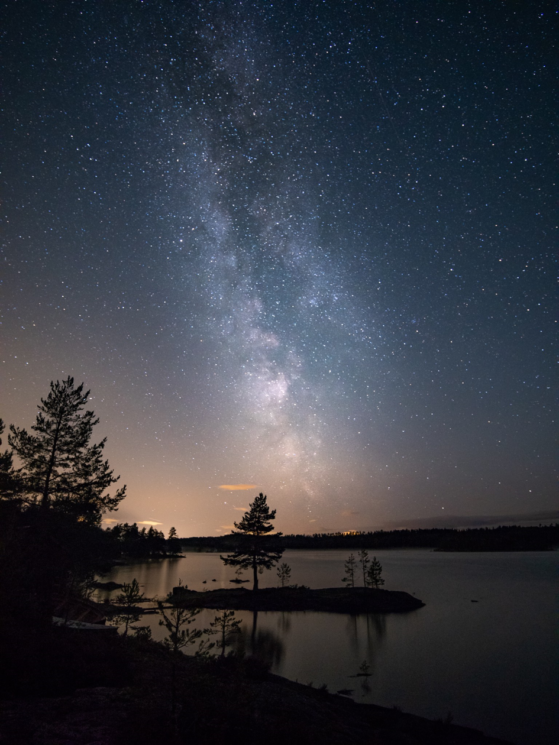 When I tried to open up the shadows further, the foreground turned magenta. I was a tad disappointed when I saw this color shift in the deepest shadows. It isn’t difficult to correct (for instance, paint over with the opposite color), but it is always more convenient to have it straight “out of camera”.

I have seen deep shadows turn magenta with the Canon 6D (which is considered a very decent high iso camera), and even the Pentax K-1 when pushed hard at high iso. For some reason, I thought that a medium format camera would behave differently. 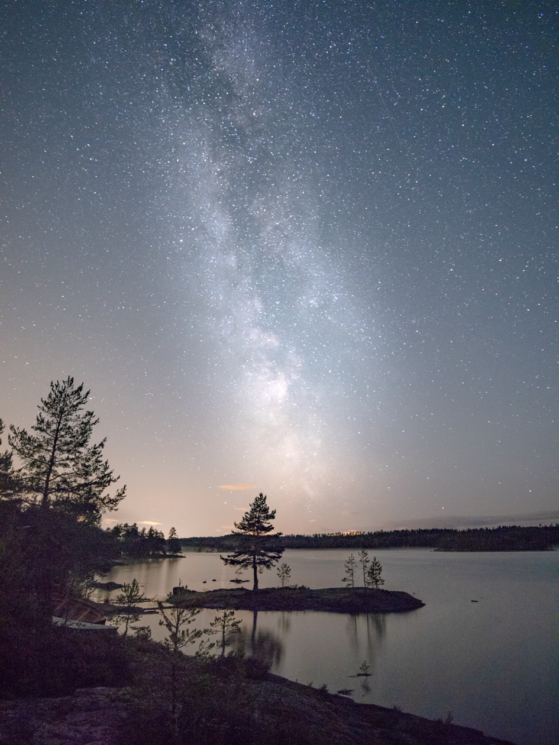 Color shift in the shadows

I had my darkness paranoia reasonably under control this evening so it became possible to shoot a 125 sec exposure for the shadows. Otherwise, the same settings as the sky exposure.

Straight out of camera: 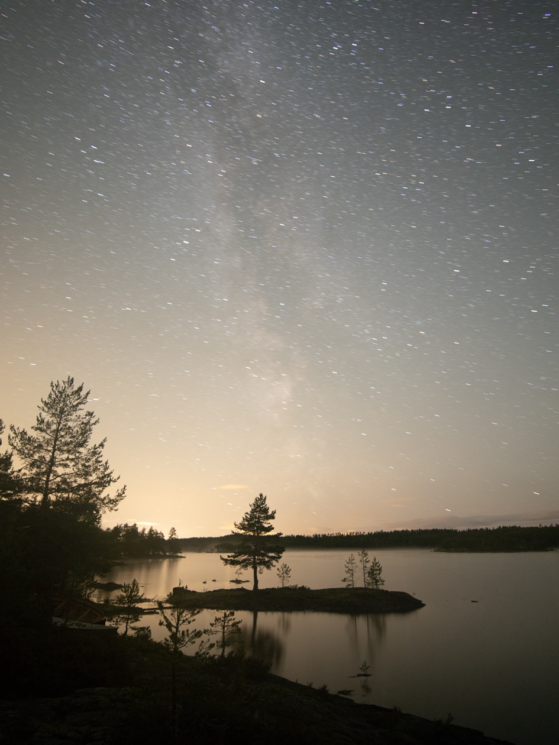 Adjusted in Lightroom with plenty of shadow detail: 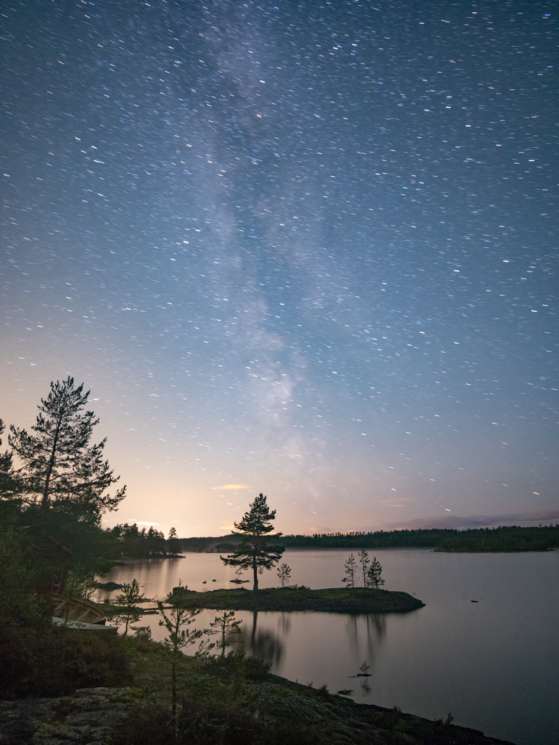 This is how the image looks after the sky and shadow exposures are blended and edited in Photoshop: 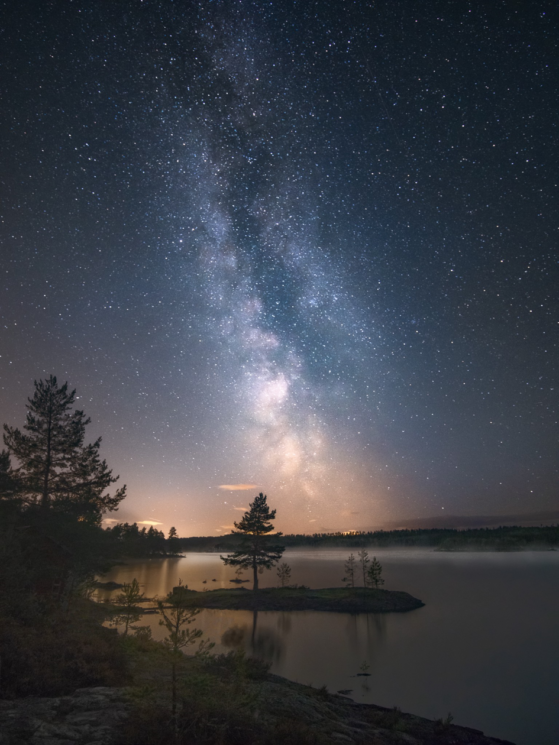 I also wanted to test out what would happen if I shot iso 12,800. Well, this happened: 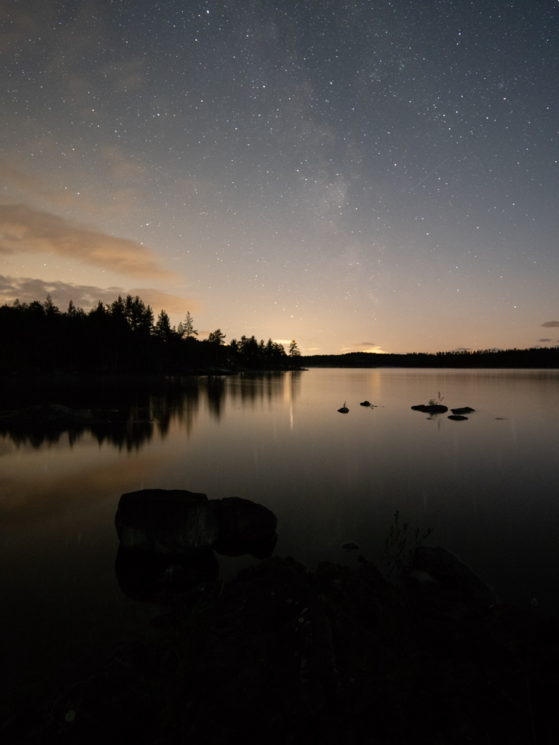 When I began to push the file in Lightroom I got some weird color shifts in the foreground. It is likely that my headlamp is responsible for this. I didn’t turn it off while the exposure ran due to some very fierce zombie attacks around that time. Even with my back to the camera, some light has leaked into the foreground. 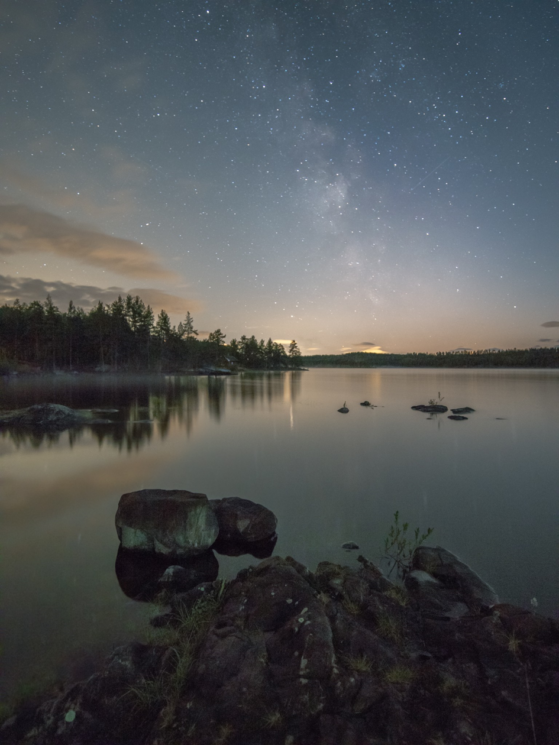 In order to fix the foreground, I opted to create a virtual copy of the image in Lightroom, which I next desaturated. After I blended the two images (the original file and the virtual copy) in Photoshop, I added a slight blue tint to the foreground. Below is the finished image. I had no idea when I started out editing that such a result would be possible at iso 12,800. I have of course added some noise reduction, but considering the high iso the file was surprisingly “clean” from the outset. 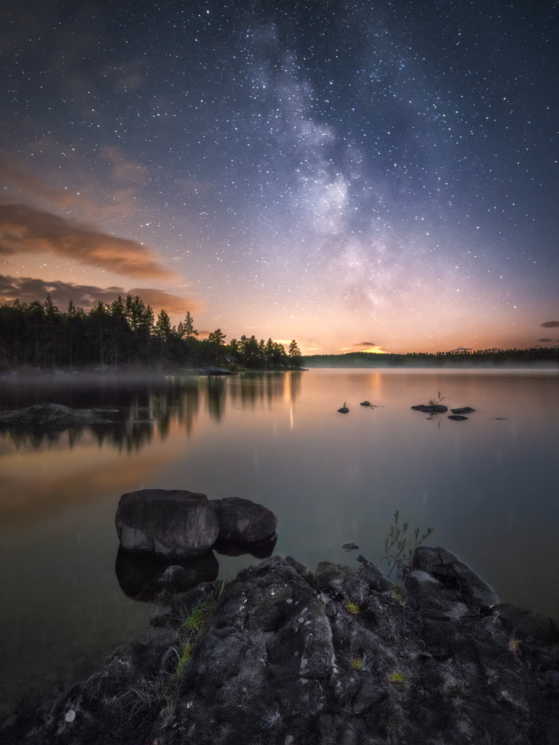 Shooting at high iso with a medium format camera provided surprisingly good results. I was actually “forced” to use a narrower aperture than what I usually prefer and got rounder stars, more detail and a wider depth of field.

End note: I barely survived the zombie attacks, but I have hired bodyguards for the next time I head out to shoot the night sky. The pay is extremely low, but it is an exciting, meaningful (for me) and suspenseful job.

Please note that by adding a Dark Reader extension to your browser it is possible to view the images on a dark background.