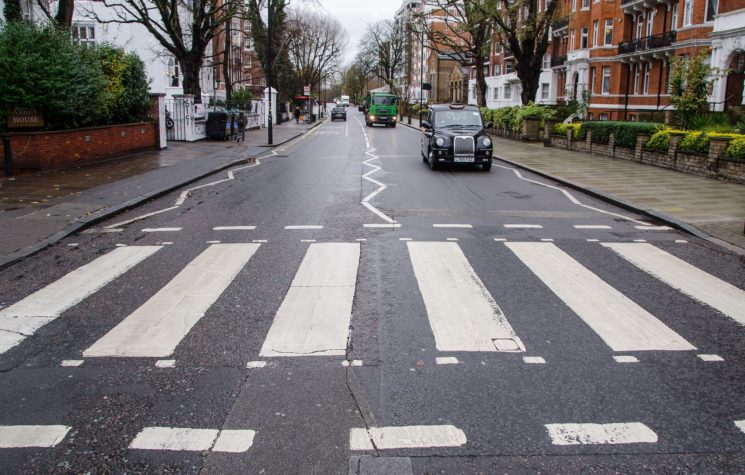 Even if you’re not a fan of The Beatles, I doubt that you don’t know the image from the cover of their album Abbey Road. Both the album and its cover image are iconic, so the crosswalk has been attracting thousands of tourists. Due to the current lockdown, there are almost no people in the streets, so the famous zebra crossing is finally getting a fresh coat of paint.

As for the famous image that ended up on The Beatles’ album cover, it was taken by Scottish photographer Iain Macmillan on 8 August 1969. According to the BBC, he was a close friend of Brian Southall’s, the author of the book Abbey Road. The photo was made based on a sketch that Paul McCartney had previously drawn, and the photographer only had about 15 minutes to take it. “A policeman held up the traffic, the band walked back and forth a few times and that was that,” explained Brian Southall.

The iconic Abbey Road crosswalk got a little worn out, and constant traffic made it difficult to renew it. But now that the UK is on a lockdown, the maintenance crew took the chance to repaint the crosswalk. When the world is back to normal, I believe that we’ll get to see plenty more images from this place.

Instagram Stories gets a fresh new look on the desktop