By now you already know that Flashes don’t just pop for a fraction of a second. This fraction has a value and its value determines how well it will stop motion (say a splash of liquid). This time is called T.5 (and T.1) and they are explained here.

So every flash manufacturer shares their T.5, and as with many devices there is some variance. Matt Kane of vela.io recently built a device for testing the actual flash duration using an Arduino board and a cheapo diode. The reason for this was to test how the output from strobes (and the vela LED airgap) behave.

Interestingly LED strobes behave differently than Xenon strobes and their fall off patterns is different. They are also much faster (see title image).

Xenon flashes have a distinctive flash with an initial bright spike, followed by a plateau, the length of which depends on the flash power, followed by a slow decay from the afterglow once the power is shut off. This behavior is what limits the maximum speed from a xenon flash. The pulse from a well designed LED flash will have a roughly square profile

But getting a good flash output diagram costs a lot of money in lab gear and if you have an Arduino board there is a much faster (and a bit dirtier) way of getting just the strobe duration.

The idea is to measure the time voltage is coming of a photodiode when it is getting hit with light. Matt used a cheap  Osram SFH 203 photodiode for that.

The electronics and code are available on vela.io’s blog but they are fairly simple. +you get the benefit of a deep dive and code walk-through. 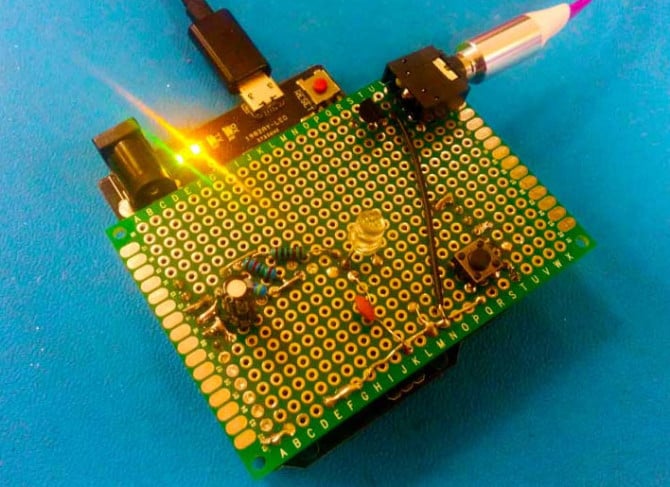 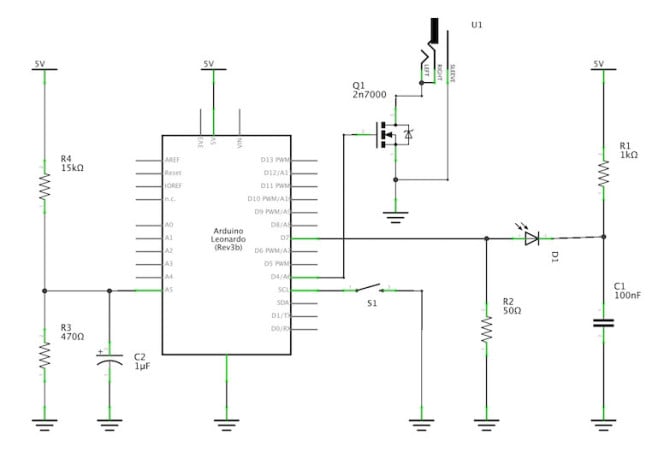 Here are the results of some strobes that went through this test:

If you test yours, or build this circuit let us know in the comments.

[How fast is your flash? | Matt Kane]