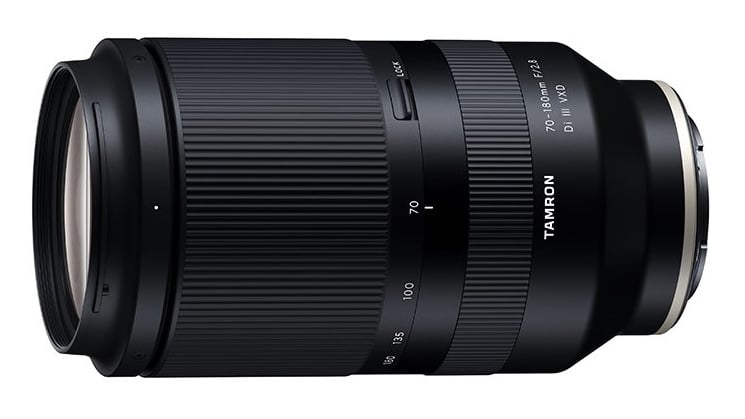 Photos of the upcoming Tamron 70-180mm f/2.8 Di III VXD lens for Sony E Mount leaked a couple of weeks ago. With promotional product photos out there in the wild, we knew it wouldn’t be long before there was an official announcement. Now it looks like we might see that announcement come at some point this week.

A tweet from Nokishita (who else?) suggests that you’ll be able to pre-order and reserve your new lens in Japan next week. A screenshot from French retailer, Photo Univers that seemed to jump the gun a little, also suggests it will be significantly less expensive than Sony’s FE 70-200mm f/2.8 GM, with a price tag of only €1,499.

The translated tweet, posted on Friday (hence “next week”), says… 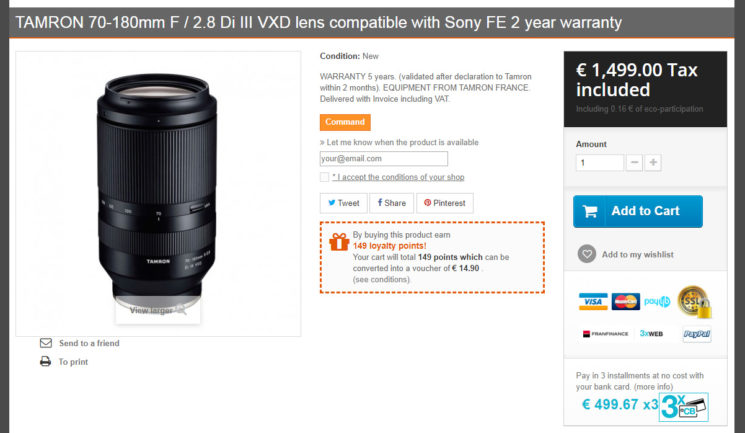 Some specs of the lens were known a couple of weeks ago, but the new listing helps to fill in some gaps.

Nokishita says that we should expect an official announcement at some point this week. The announcement should make a lot of Sony shooters who don’t want to fork over $2,600 for Sony’s own f/2.8 telephoto zoom lens very happy.

« Should you still be visiting and photographing clients?
Google uses AI to make your photos look like iconic paintings »