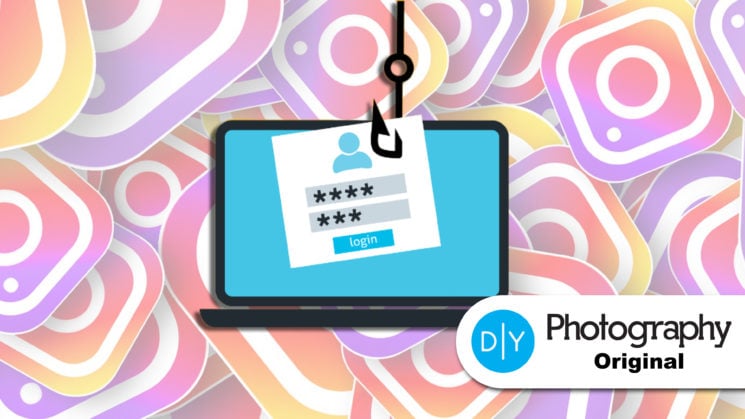 Instagram giveaways have been pretty popular. However, I’ve recently noticed a scam related to these giveaways, aiming at both those who give products away and those who hope to get them. It looks like a phishing scam, and in this article, I’ll tell more about it and how to avoid it.

Nastasja Nedimović, known on Instagram as cancer.influencer, recently threw a giveaway on her profile. She was giving away three copies of her book, and the terms were more or less standard for this kind of offer: follow Nastasja, like the giveaway post, and tag someone in the comment. I didn’t take part since I’d already bought her book, but nearly 2,000 Nastasja’s followers out of 26.5K did.

When I recently opened Instagram, I had a new follower named “cancerr.influencerr.” I know some folks make spare profiles in case they get banned, especially if they deal with controversial topics. But this one got me suspicious for two main reasons. First, the account was set to “private.” And second, it had a pink circle around the profile picture, yet there was nothing in Stories. This means that someone just took a screenshot of Nastasja’s profile image along with the story that she posted.

I notified Nastasja and reported the account. I used that new(ish) option Instagram introduced that blocks all the other accounts a person makes. Shortly after that, Nastasja filmed a series of Stories explaining what was going on. I assume the scammer just went through the list of her followers and followed them. I hadn’t taken part in the giveaway so I didn’t get a message from the fake profile – but other people did. In fact, it turned out that there wasn’t just one fake profile, but a few of them!

Nastasja told me that they all blocked her so she couldn’t report them. However, her community did and at the time of writing this, they all seem to be down. But remember, I automatically blocked all the profiles from the same user, so it’s possible that I’m just not seeing them.

Followers shared the messages they got with Nastasja. She posted the screenshots to her Instagram and allowed me to share them here, too. I. They’re in Serbian, but I’ll translate them roughly.

Basically, if you took part in the giveaway, you’ll get a message reading “Congratulations, you won!” You’ll be asked to follow a link and register, then post a message “done” and share a screenshot of your registration. “The prize will be sent to you 60 minutes after the registration,” the message concludes. One of the fake was made public, with all the photos stolen from Nastasja. The bio read “this is my second account, follow the link below to get the giveaway prize.

Now, since I don’t suppose there are a lot of Serbian speakers reading this, let me mention another red flag: the language is off, especially with the public profile. It looks like someone used Google Translate to create a page in Serbian, and trust me, Google-translating to or from Serbian always shows.

Watch for the red flags

So, what are the red flags you should look after?

I’ve already seen this scam shortly before it happened to Nastasja. I only take part in Serbia-based giveaways, and I’ve already come across it twice. So, my assumption is that it happens in other countries too, and I thought it would be good to share. If it has happened to you, let me know!