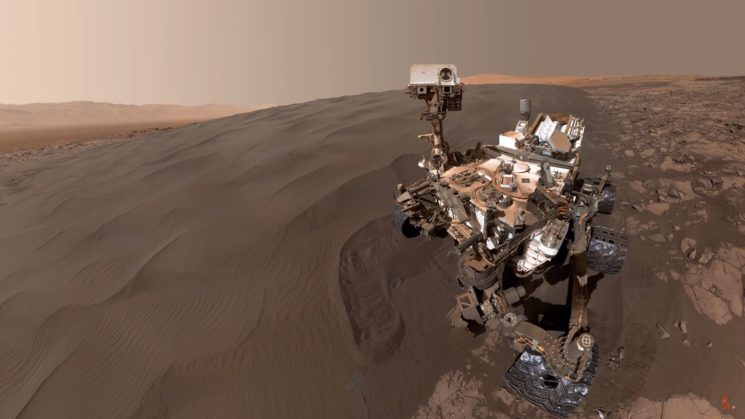 Considering the current events, no place in the world seems safe to me. I’ve been fantasizing about immigrating to another planet, and this video from ElderFox Documentaries makes it possible. Well, at least virtually. It takes you across the surface of Mars, and it’s the first time that footage from the red planet has been rendered in 4K. It’s not only impressive and calming to watch, but you’ll learn some interesting information about Mars and NASA’s rovers.

NASA gives places on Mars informal names, which you can see on the screen. The footage you see in the video was caught by Spirit, Opportunity, and Curiosity rovers over the years. However, Spirit and Opportunity succumbed to Mars’ harsh environment so Curiosity is the only rover still active on Mars.

A question people often as is why there’s no live video from Mars. “Although the cameras are high quality, the rate at which the rovers can send data back to Earth is the biggest challenge,” the narrator explains

“Curiosity can only send data directly back to earth at 32 kilo-bits per second. Instead, when the rover can connect to the Mars Reconnaissance Orbiter, we get more favourable speeds of 2 Megabytes per second. However, this link is only available for about 8 minutes each Sol, or Martian day. As you would expect, sending HD video at these speeds would take a long long time. As nothing really moves on Mars, it makes more sense to take and send back images.”

In order to create these videos, several images must be stitched together into a panorama. The largest among them was made from over 1,000 images taken by Curiosity and it contains 1.8 billion pixels.

Make sure to watch the video for plenty of photos and more fun facts. Sit back, enjoy, and escape the harsh reality of 2020 on Earth, at least for ten minutes.

[New: Mars In 4K via Colossal]