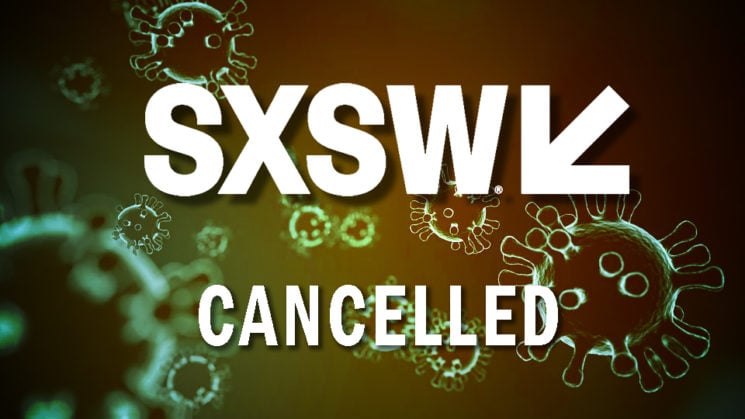 It seems Coronavirus has taken another one. The SXSW Festival has just announced that they are canceling the convention. SXSW is a major event hosting everything from tech, to music, to films. The Austin based festival officially canceled their annual event for the first time in 34 years, as they shared on Twitter. 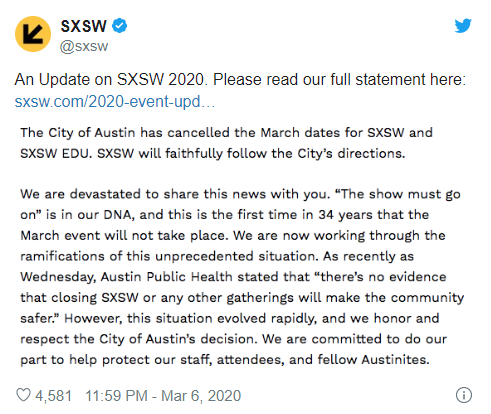 Some conventions have issued statements that they are going forward. NAB, The Photography Show and Photokina have all said that they intend to continue with the shows as planned. However, with key companies such as AJA and Nikon pulling out of NAB it’s hard to predict what will happen.

This is by no means the first large event to cancel over coronavirus fears. Large gatherings around the world are being canceled left and right. Mobile World Congress (MWC) in Barcelona, the largest smartphone conference in the world, canceled on February 12th. CP+ in Tokyo told readers they are canceling too. GDC, Microsoft’s MVP Summit and Google’s Cloud Next have also been cancelled.

SXSW is an enormous event for the city of Austin. However, it also plays a very important role in film. Speakers from the industry and all over the world come to the festival every year. In addition to the speakers, filmmakers of all levels wait for the extensive panels to judge their work. The SXSW film festival runs for 9 days. Many blockbuster films have premiered at SXSW, such as Furious 7, Chef, 21 Jump Street, and many more!

The coronavirus has had a deep impact on the world so far. The cancelation of SXSW marks a critical event for more than just creatives. The event is very important for locals whose business depends on higher-than-usual traffic during the time of the festival. On the other hand, it’s probably not the best time to cram 150+ thousand people anywhere.