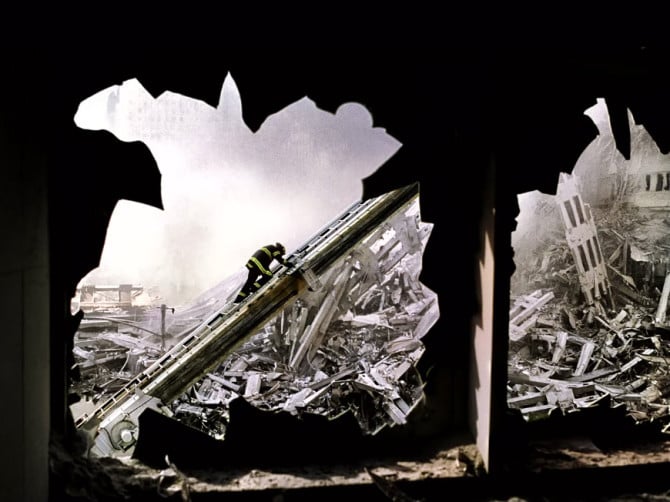 In a recent interview conducted by Sky Arte, iconic photojournalist, Steve McCurry, recounts his experience photographing the attack on the World Trade Center on September 11, 2001. McCurry shared the interview online today, the 13th anniversary of the attacks.

The photographer was in New York City in an apartment within eyesight of the towers when the attacks happened, an experience which he delves into with a heavy heart during 30-minute video clip below. The documentary style interview also affords McCurry a chance to talk about his other works, including Afghan Girl, one of his most well known works.