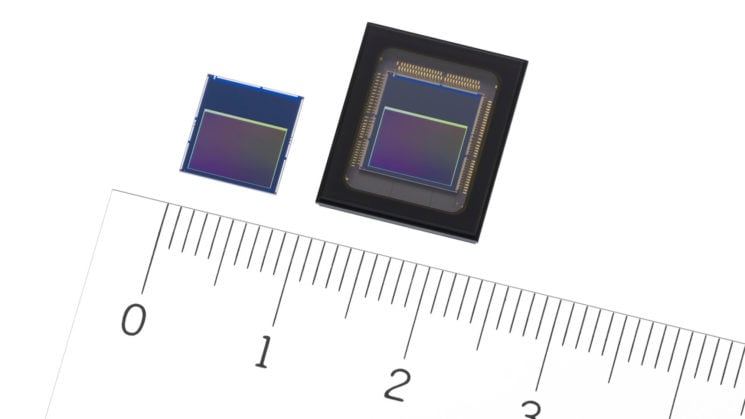 Sony recently announced a pair of new smartphone-sized IMX camera sensors. They’re the first two models of what Sony calls their “intelligent vision” sensors. Sony says that they’re the world’s first image sensors to be equipped with AI processing functionality built right into the sensor itself for the fastest possible processing speeds.

This first generation of sensors, which includes the IMX500 and IMX501 (both 12.3-megapixels), is destined more towards Sony’s commercial and industrial product clients, but their smartphone sensors will almost certainly evolve to incorporate this technology over the next few years.

The two new IMX500 and IMX501 sensors are both 12.3-megapixels and shoot 4K video at up to 60fps, with 1080p up to 240fps. They offer full video+AI processing at up to 30fps. IMX500 samples already started shipping out last month to device manufacturers, with the IMX501 expected to ship in June.

AI has come a long way in smartphones over the last few years, from a capabilities standpoint, but it’s somewhat limited by the processing methods right now. At the moment, it generally works one of two ways…

Both of these methods have advantages and disadvantages over the other. The advantage of #1 is that it requires fewer chips inside your device and lower hardware requirements. But it does so at the cost of speed. And if you’re out of signal area, then you may not be able process the images at all. The advantage of #2 is speed and reliability, as you’re not reliant on outside forces to process your work, but that extra chip requires space inside the device (as well as potentially a faster regular processor, more RAM, etc), making the unit larger overall.

Shifting the AI processing from a separate chip and into the sensor itself incorporates the advantages of both methods (smaller size requirements, faster processing speed and reliability) without any of the downsides of either. So, while these first two chips are destined for more commercial and industrial work, I think it’s quite logical to assume that this tech will come to smartphones in the relatively near future.

Sony has also said in the past that it sees AI as the future of mirrorless cameras, and this seems to be a step towards that goal. If Sony can scale the system up for their Micro Four Thirds, APS-C, full-frame and medium format sensors, we might start to see this type of technology appearing across the board, not just in Sony’s own cameras.

Future Fujifilm X cameras could get in body image stabilization

Sony Banking on Its Image Sensors; Will Raise $4 Billion to Invest in Development and Production