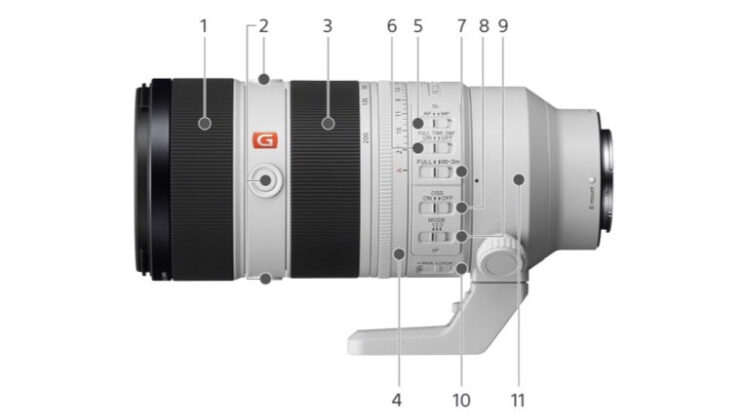 The images aren’t terribly high resolution but show an array of switches for OSS on/off and mode, AF vs MF, focus range, aperture click on/off and various other features. We also see three control rings for zoom, focus and aperture. No specs have managed to find their way out yet, although I guess we may find out as soon as tomorrow.

As I said, the images aren’t at a very high resolution but do offer a good overall view of the lens and can pick up some clues about the lens. The clickless aperture on/off switch, for example, suggests that Sony intends for this lens to be useful for both video and photography. Unfortunately, it looks like the tripod foot is not Arca Swiss compatible, which is a bit of a shame. You’d think that would’ve become standard for tripod collars by now. 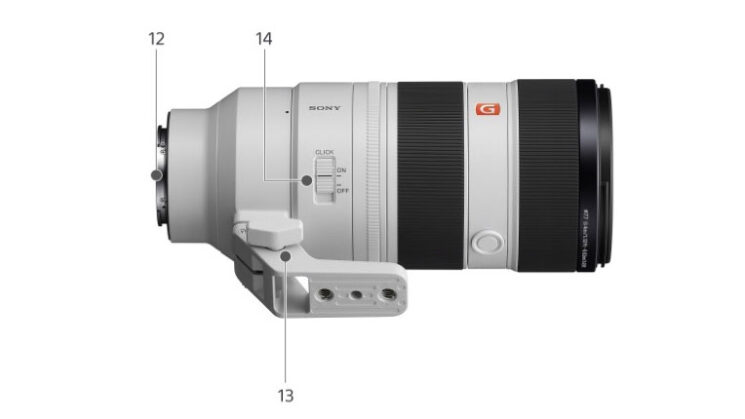 A diagram of the optical makeup is also included, showing what looks like 18 elements in 12 groups. The current Sony 70-200mm f/2.8 GM OSS uses 23 elements in 18 groups. This suggests that there may potentially be a significant weight saving in the new lens over its predecessor – which weighs around 1.5kg.

And then there’s this, which I’m assuming is part of the AF drive mechanism, but that’s just a guess. 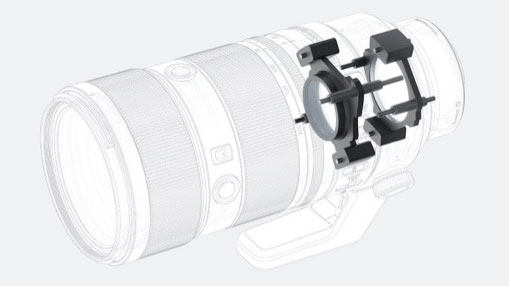 So, that’s it for now, but images looking this finished with labels pointing to stuff (even if we don’t have the key chart to tell us what those numbers are – although most are pretty obvious) usually signifies that an announcement is close.  Sony Alpha Rumors is reporting that an announcement is expected tomorrow, on October 13th. So, I guess we’ll find out pretty soon.