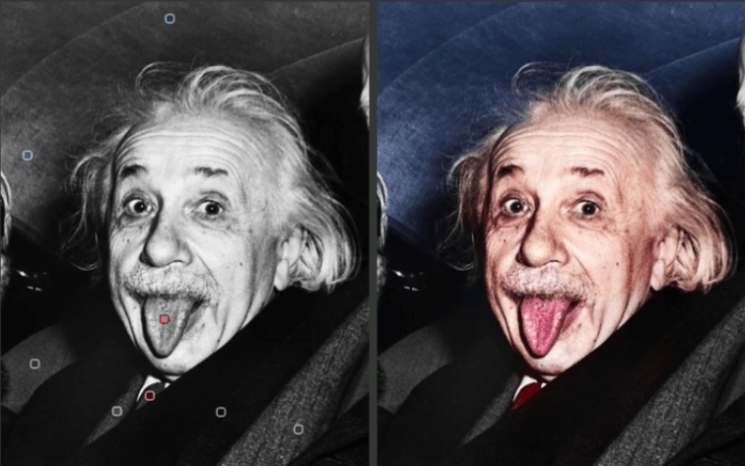 Colorizing a black and white image in Photoshop requires a huge amount of time, and not to mention that you need exceptional skill to do it. A year ago, Richard Zhang and a team at University of California revealed Algoritmia, an app that does it automatically. It was fun to play with it, but there was still plenty of room for improvement. Now, a year later, they have found a new approach. And this time, the results are way more impressive.

The previous app was fully automatic. Although it would sometimes make great-looking colorization, it was often inaccurate. This latest version needs some assistance from the user to produce the best results. When you insert a black and white image, the app will first do the colorization automatically with the color palette it suggests. After this, you can add the color markers and improve the colorization further. You have the option of putting colored dots anywhere on the image with the shade you think is appropriate. And when you do it, the software will improve colorization based on your cues. 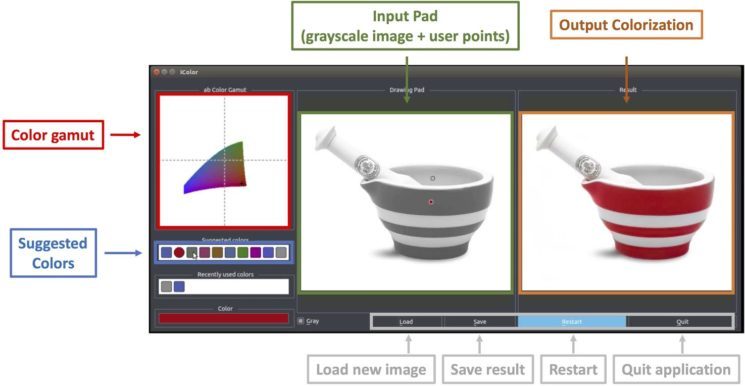 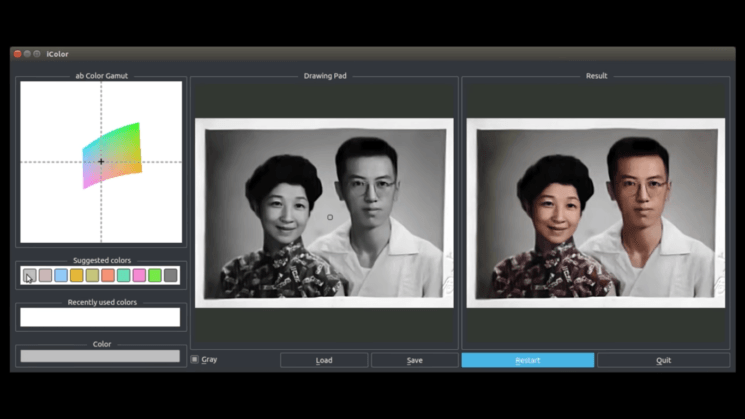 According to the demo, the initial suggestion from the software still doesn’t get quite accurate at times. But correcting the color looks easy and the color changes in real time so you can immediately see the result. When you add the colored dots, the final result gets much better.

Even though this app is not fully automatic, it still saves you a lot of time (and learning) for colorizing the images manually in Photoshop. And while it gives much better results than the previous one, it still doesn’t mean they are completely accurate. At least you can’t be sure if you colorize an image that was initially created in black and white. But if you’re up for testing the accuracy with color photos you converted to black and white, the app is available on GitHub for download. If you decide to give it a go, let us know what you think.

How to colorize a black and white photo using only Lightroom