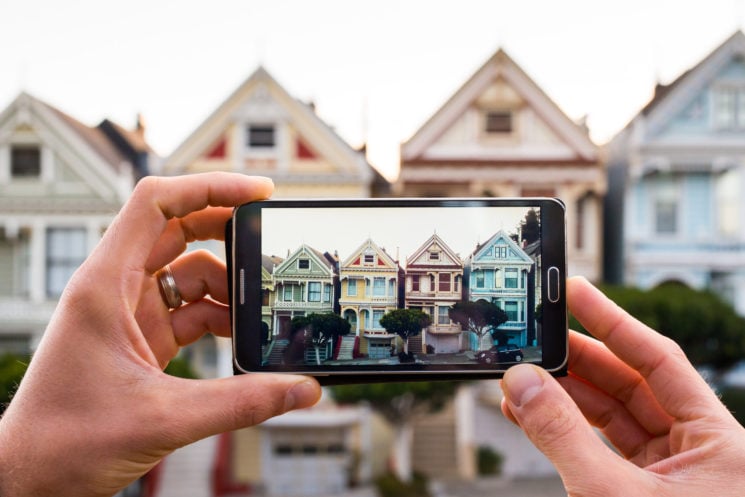 It’s 2018 and it blows my mind that we still have to choose between using a smartphone camera and a real camera.

Why hasn’t a single smartphone manufacturer made a smartphone with a real camera attached to it?

How hard can this possibly be?

In this article, I will outline what I want in a smartphone/camera hybrid and why I think it would be an instant success.

Let me know if this situation sounds familiar…

You’re out photographing or filming something great with your professional camera: on assignment, on vacation, with the family etc.

You also want to share what you’re doing on social media right? So what do you do?

You pull out your smartphone and snap a few photos and film some short clips of the exact same thing you’ve already photographed/filmed. Or even worse, you forget in the moment and resort to sharing a few phone snapshots of your camera’s LCD screen.

Your smartphone photos/clips get a quick edit on your phone and then go straight to social in real time. Your professional camera photos have to be downloaded and imported to Lightroom, and then edited, and then if you’re on the ball, might get uploaded to social media in a few weeks.

Of course, by then, it’s yesterday’s news.

Smartphone Vs Camera – Why Is This Still A Problem?

Right now you can go out and purchase a real camera with a nice big sensor, great low light performance, interchangeable lenses and even a touchscreen, GPS, wifi, but no built-in mobile connectivity – think something along the lines of a Sony a6500.

Or you can purchase a smartphone or tablet with a (comparatively speaking) crappy camera but with mobile data, editing and social media apps – for the sake of argument, say a Samsung Galaxy S9.

Sony a6500: amazing camera – does pretty much anything you’d want to do for photography or video.

Galaxy S9: killer phone – does anything anyone could possibly want to do on a smartphone.

But you can’t have both. 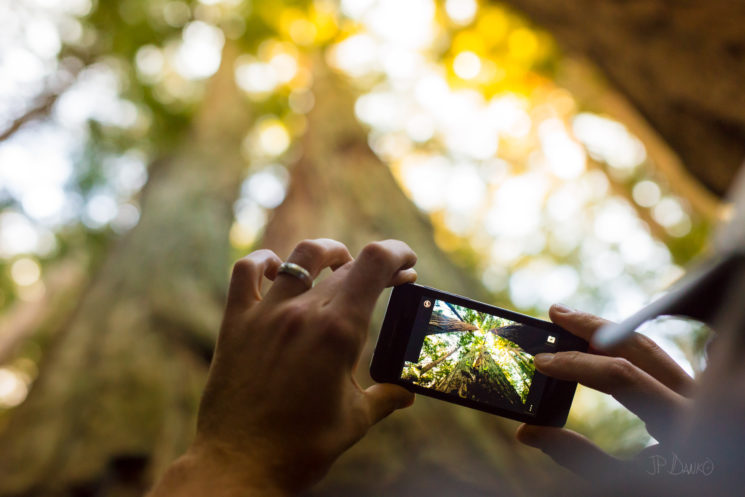 Here’s a crazy idea – take a camera – like a Sony a6500 – and add on just the most basic smartphone capabilities.

Camera manufacturers – all you have to do is slightly upgrade the camera’s processing power, and install Android as the operating system (or keep the existing camera OS and just add “phone mode”).

If the best camera is the one you have with you, I would much rather deal with posting to Instagram on a budget phone that also features a Sony a6500 level camera rather than taking pictures with a crappy camera that is also a top end smartphone.

People walk around in public with those stupid Apple earpods, so I’m sure nobody will think twice about texting on or talking to their camera.

Here are my requirements for a camera/mobile phone hybrid:

Is there anybody out there that wouldn’t buy this camera?

And if anybody tells me that it would be too expensive or the technology would be too complicated – my two year old Sony a6300 already does most of the camera features listed, and my four-and-a-half year old Samsung Note 3 easily handles the mobile phone capabilities – they just need to be together in one device. 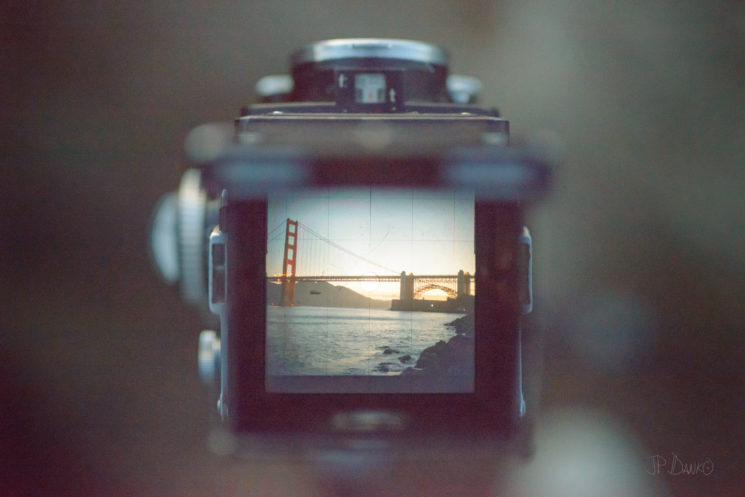 Why Can’t I Buy A Real Camera With a Built In Mobile Phone?

In all seriousness, why can’t I buy this camera right now?

Couldn’t a cell phone manufacturer just buy out a less popular camera format like Fuji, Olympus or Pentax and Frankenstein a base model mobile phone together with an existing camera line?

10 Reasons Why Your Smartphone is the Best Camera

Re: why smartphone photography stinks for you. A Response