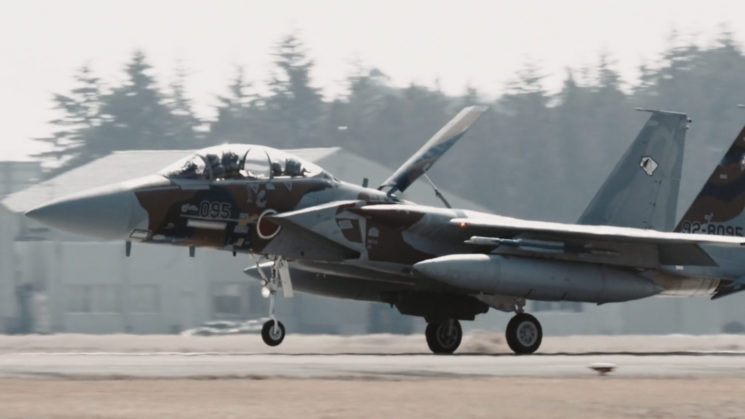 I’m not a really massive planes or military person, but I was a kid once. And as a kid I used to build a lot of Airfix kits. My parents used to feed me an endless supply, so I figured why not? It was fun, and my folks were happy because it kept me quiet. One plane I built several of, and was my favourite at the time, was the McDonnell Douglas F-15 Eagle.

First brought into service in 1976, it’s just a beautiful plane. Even those plastic model kits just had something special about them over the other aircraft I was building back then. I’ve never seen them look as good as they do in video from Vimeo use 1-300, though. The planes in this video are the Hiko Kyodotai, the Japanese Air Self Defense Force’s Agressor Squadron.

The video was shot on a Panasonic Lumix GH4 using a Metabones EF to MFT T Smart Adapter. The lenses used include the Canon EF 70-200mm f/2.8L and Canon EF 100-400mm f/4.5-5.6L along with the Canon EF 2x Teleconverter. Editing and colour grading was done with DaVinci Resolve.

1-300 has a few other aircraft videos on his channel, which are also pretty mesmerising. Definitely worth a watch if you’re an aircraft fan.