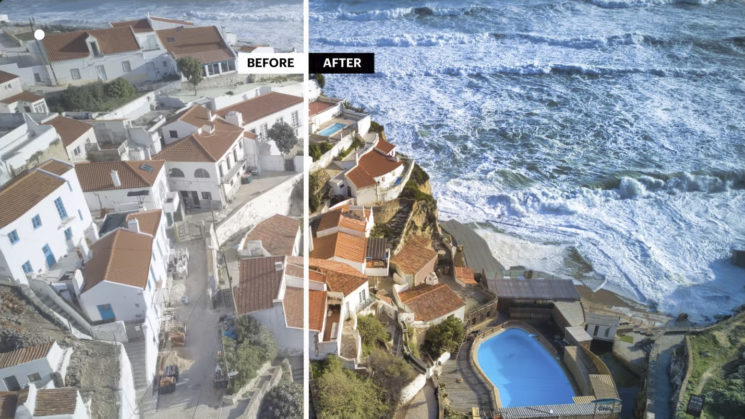 Skylum is no stranger to AI-powered imaging apps. Luminar and Aurora HDR both feature AI-enhanced effects to help make your post-processing life a little easier, and their Photolemur software is entirely AI-based. Now, Skylum is turning their attention towards drone photographs with a new desktop app for Windows and Mac called AirMagic.

AirMagic looks a lot like Photolemur (and even the icons are very similar), in that it’s largely automated. Except AirMagic’s AI is optimised for images shot from the air. You simply fire up the app, drag in your drone photos and let it work its magic to transform those drone photos “from great to breathtaking”, they say.

The software is capable of detecting which drone was used to capture the image and can correct for the quirks of individual drone models. It can also identify things in scenes like the sky, haze and other elements in order to create an optimised final result.

While that final result will obviously be subject to your own tastes, if it works as well as Photolemur, then it should be very handy for those who want to quickly make their images look better than the “straight out of camera” shots their drone typically produces in order to get them up on social media in a hurry.

AirMagic is coming in spring 2019, although an exact date and pricing have not yet been announced. Skylum has said that it will become available for both Windows and Mac, though. If you want to keep updated, head on over to the Skylum website to sign up for notifications.

It would be nice to see if Skylum could bring the kind of automated AI power found in apps like AirMagic and Photolemur to mobile devices. It would save us having to take a laptop out with us if we want to quickly process images we’ve just shot to post up on social media while we’re still out.

Would you use an AI-powered app to process your drone photos, or do you prefer to have more control?

« These colour palettes highlight the vibrance of the world around us
Get a ring flash for only $14.99 »