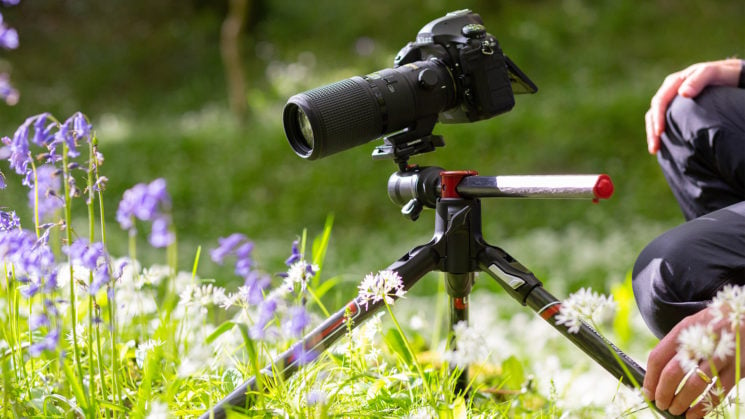 Macro is one of the more difficult subjects that many photographers choose to shoot, especially when we’re travelling. Often, there’s not enough light to go handheld to get the depth of field we need when we’re close to a subject, or our tripods just don’t allow us to get the camera into a good position.

Well, Manfrotto offers up a solution to this problem with the new Befree GT XPRO. It’s a travel tripod with a centre column that can rotate 90° and get extremely low to the ground. It completes the Manfrotto Befree Advanced range of travel tripods and is available in both aluminium and carbon fibre flavours. 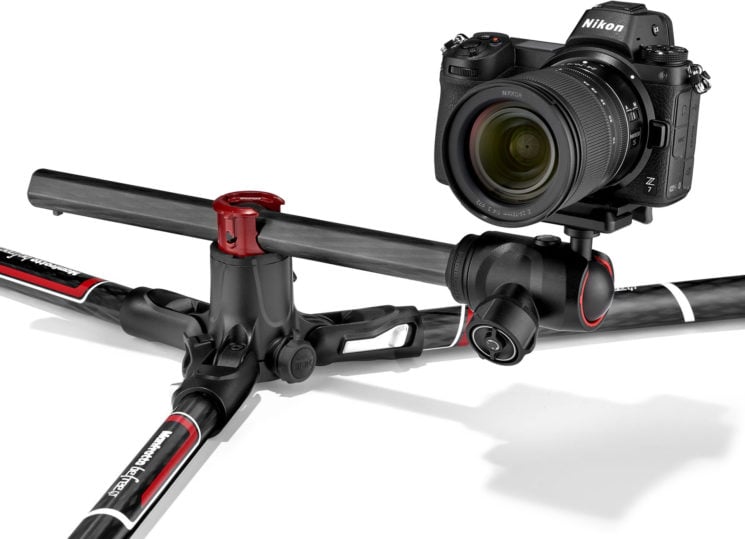 As you can see from the photo above, the GT XPRO can get very low down to the ground, with a minimum height of a mere 10 centimetres. Ideal for those low “bug crawling through the grass” type macro shots. At its tallest, it sits at 164cm with the centre column fully extended upwards, and with the column down it’s at 142cm. The closed length is 43cm, which is only 3cm longer than the Befree Live Twist.

The aluminium version weighs 2,000g while the carbon fibre version comes in at a slightly slimmer 1,760g. Both versions have four leg segments with twist locks and can sit at angles of 22°, 54° or 89°, with the latter giving you just enough lift to have all three feet on a flat surface without scratching the legs. They can both hold a 10kg load, and the big feature of this one over the rest of the Befree Advanced range is that the centre column allows you to flip it over and use it at 90 degrees. 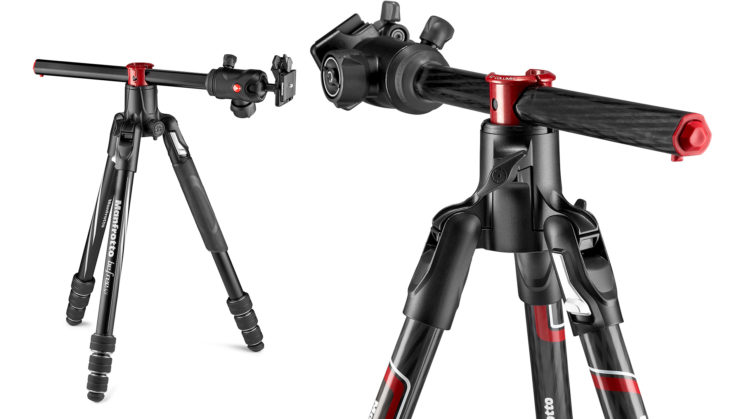 This makes it very handy for things like macro, allowing you to get the camera in closer to the subject without the legs getting in the way, and possibly for an overhead camera rig, as long as your camera isn’t too heavy. It’s a very handy feature to have in a travel tripod if you’re the nature & wilderness macro kind of traveller.

The Befree GT XPRO completes the Befree advanced lineup of “high-performance” travel tripods. The Aluminium and Carbon versions of the Manfrotto Befree GT XPRO are available to pre-order now for £269.95 and £409.95 respectively. There’s been no mention of when it starts shipping yet, though.