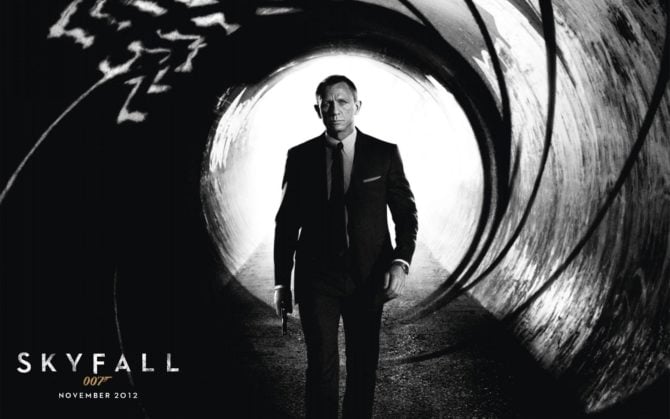 Continuity is a hard mistress. It’s about small details. But if you miss something it can really ruin a movie. The reason for that is that instead of focusing on the story, the viewer is suddenly busy trying to figure out the things that don’t make sense.

Take this (alleged) story from the production of Skyfall. This story has surfaced now, coming as a double tweet (due to twitter video limits) from journalist and filmmaker Charlie Lyne.  Now, Skyfall is 4 years old, (and I am not sure if this story is true) but even if not it has a great lesson:

Vulture reports that [bolding by me]:

Supposedly, while making the movie, Craig bought a lovely pair of leather gloves and asked director Sam Mendes if he might wear them in a casino-set scene. Trying (and failing) to pick his battles wisely, Mendes allowed it. At this point, the recesses of your mind might be failing to recollect James Bond wearing leather gloves in a casino scene in Skyfall. That’s because, according to Lyne, when editing came ’round, a rather glaring plot hole appeared. In Skyfall, there’s a bit where a goon gets Bond’s gun but is foiled when he realizes it has a fingerprint scanner — so, assuming Bond wasn’t planning on losing his piece, how did he plan to shoot it while wearing gloves? Per Lyne, the producers determined that fixing the mistake via re-shoot would cost millions of dollars. The solution? Digitally paint Daniel Craig-color over Craig’s gloved hands and hope no one notices the bloat

You can listen how the story is told by Charlie Lyne right here:

Here's a story I heard about James Bond… [1/2] pic.twitter.com/3gtOdBeowO

… split across two tweets because the video's too long for Twitter. [2/2] pic.twitter.com/roJyMNxK6p

As I mentioned, there is no saying if the story is true, and this blog takes a shot at debunking it. Nonetheless, the lesson holds. Don’t change the plan on a whim. In this case, reshooting would have cost millions, and I bet repainting Craig’s finger was no peanuts money either.

« Why competitions are good for your photography (and how to make the most of them)
Fujifilm X-T2 Specs and Image leaked, Looks like 4K30fps video, 100Mb bitrate, 325 AF points »