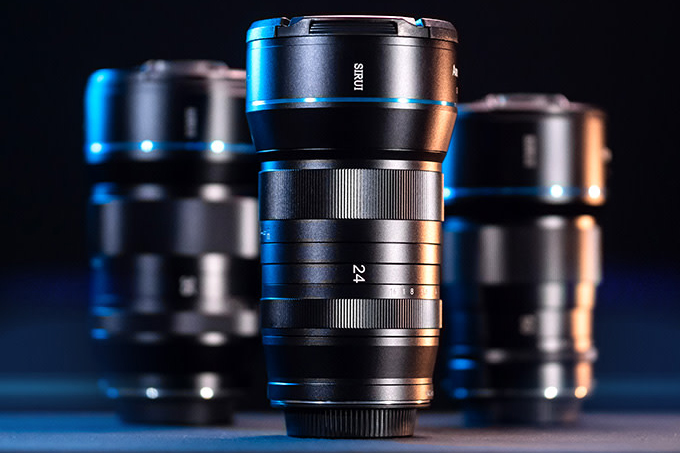 Sirui has just added another member to its family of affordable anamorphic lenses. The Sirui 24mm f/2.8 1.33x is now out, and unlike many other anamorphic lenses, it won’t hurt your wallet too much. It’s currently available for $750, but you need to hurry up if you want to get it at this price.

The company previously launched  50mm f/1.8 1.33x and  35mm f/1.8 1.33x anamorphic lenses, both at very tempting prices. Now they’re going even wider with the new 24mm f/2.8 1.33x. You can use it in various situations, from landscape shots to shooting in a limited space. Compared to its older brothers, the 24mm lens allows a shorter minimum focusing distance (0.6m). This way, if you shoot in a limited space, you can stay closer to your subject.

Just like the previous models, the Sirui 24mm f/2.8 1.33x is designed for APS-C cameras. If you shoot with a full-frame camera, you should activate the APS-C mode when using the lens. There are five mounting options: MFT, Sony E, Fuji X, Nikon Z, and Canon EF-M.

The lens housing is built from precision aluminum alloy with a copper aperture and focus rings with an anti-slip teeth surface. As for the glass elements, they were made from high-class Schott glass with Nano-coating, which should suppress aberration and vignetting and render excellent resolution and sharpness. 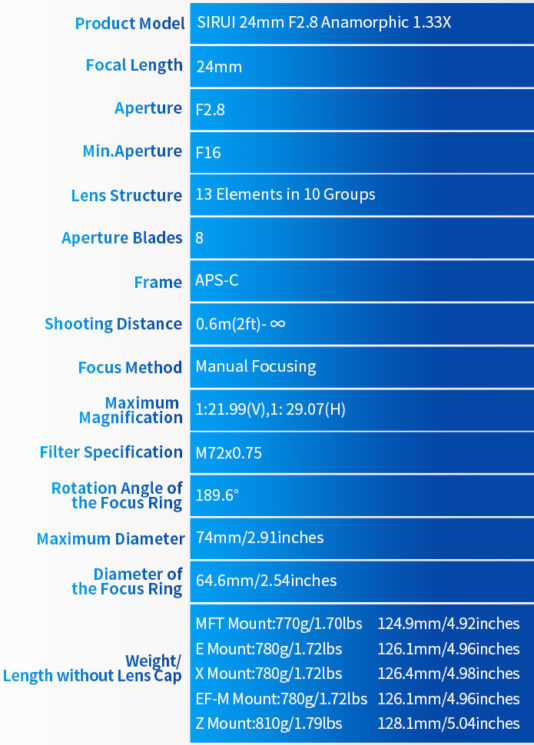 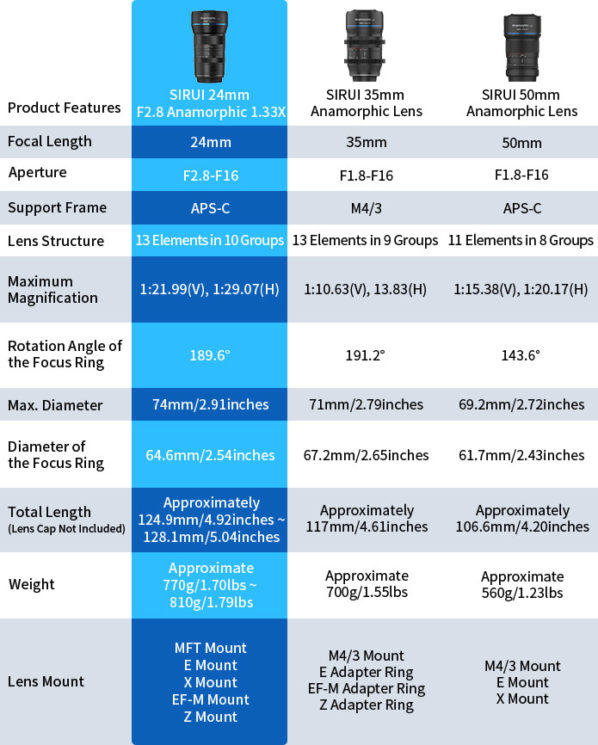 Brandon Li, Tom Antos, and Mauro’s Films used the new Sirui lens with different cameras, so you can check out how it performs:

Same as before, Sirui has launched the lens through an IndieGoGo campaign. The super early bird price is $749 and there are 84 lenses left at this price at the time of writing this. The regular retail price will be $999, making this lens the most expensive out of three. But hey, it’s still pretty affordable compared to similar lenses. You can preorder it now through IndieGoGo, and it should start shipping later in January.

« Olympus confirms the sale of its imaging business to JIP has completed
Hubble captures photo of asteroid worth 70,000 times the global economy »