Posing is probably the most difficult part of shooting portraits for most photographers. The technical side can be learned relatively easily. Your style just develops over time based on what you like. But posing, directing a subject, getting the expressions that you want. Is art in itself.

And if you’re working with the general public and not models, it can be a difficult one to master. In this video, photographer Manny Ortiz talks about how he poses his subjects during shoots. He breaks it down as much as possible to simplify the process for you and your subject.

It all starts with a set of go-to poses. Poses that will work well on 90% of people. They may not all work for your current subject, but you can pretty much guarantee that some of them well. They’re the stock pose “templates” you often see floating around various forums and Facebook groups. Then, it’s just a case of building on those poses to suit the person stood in front of your camera.

Manny begins with a standard “hand on the hip” pose. 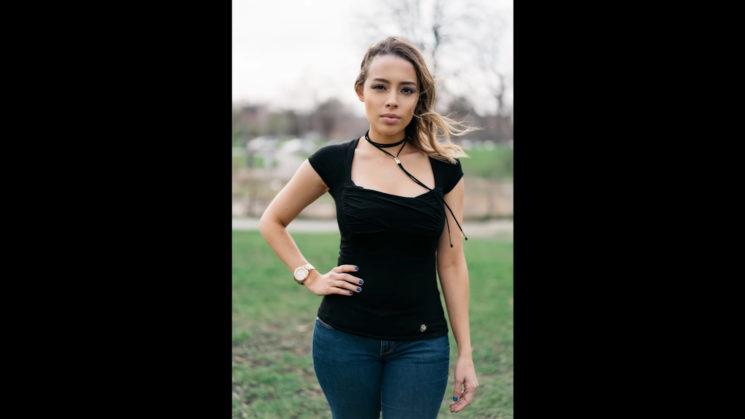 But then he starts tweaking it, and quickly gets a range of images based upon it.

All that’s changed is her left arm. But it quickly produces 3 images that have a different mood and feel. He then turns the pose around a little.

This is exactly the same pose as the original image, but shot from the side rather than the front. Again Manny is able to quickly get several variations of the same pose.

It seems kind of obvious when it’s spelled out for you, really. But a lot of photographers get focused on creating one specific pose, and seem to forget that there are other options. And there’s certainly a lot more to it than shown in this quick “2 minute tips” video.

As you get more experience, you’ll get better directing your subjects. You’ll be able to quickly figure out what’s going to work best for your subject. It’ll get easier. But when you’re just starting out, you really can’t beat variations on a set of standard go-to poses.

If nothing else, it’ll help you to understand why some poses work for certain people and others do not. It’s a lot easier to learn from the mistakes than the successes.

« Whenever you’re in doubt, here’s why you should just go out and shoot
Nikon D7500 is officially announced and available for preorders »