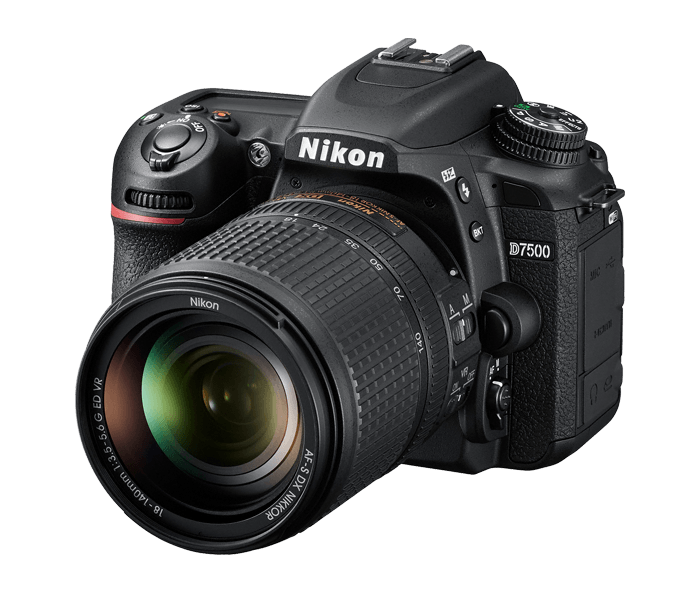 After some rumors about announcing Nikon D7500, it’s now officially here. The latest Nikon camera from D7x00 series is available for preorders, and it’s the update of the Nikon D7200, released two years ago. Let’s see what are the novelties and key features of the new member of Nikon family.

D7500 combines features of D7200 and D500. The image processor and the sensor are the same in these two cameras, giving you a good balance between resolution and high ISO quality. The ISO range is also the same, going from 100 to 51,200, and it can be extended to Lo 1 (ISO 50 equivalent) and up to Hi 5 (ISO 1640000 equivalent). Nikon D7500 has a similar tilting and touch-sensitive screen as the D500, with the one on D7500 being a bit slimmer. It’s good in some situations, but vloggers probably won’t be impressed with this type of the tilting screen.

Here are the rest of the key features of the Nikon D7500, as seen in the Nikon’s official press release:

EXPEED 5’s high-speed image-processing and a larger memory buffer have made high-speed continuous shooting at approximately 8 fps possible. Up to 50 images in 14-bit lossless compressed RAW, or up to 100 JPEG images can be captured with each burst of continuous shooting, ensuring certain capture of the perfect moment.

Adoption of the same 180K-pixel (approximately 180,000 pixels) RGB sensor used by the D500 increases the accuracy of automatically controlled functions, including AF and AE, auto white balance and Active D-Lighting. The D7500 is also equipped with a flicker reduction function for still images and highlight-weighted metering mode enabling support for a broad variety of scenes. Furthermore, group-area AF has been adopted for the 51-point AF system that uses the Advanced Multi-CAM 3500 II autofocus sensor module. Five focus points are utilized to acquire the subject within the frame, easily keeping even erratically moving subjects in focus. There is also an AF fine-tune function that supports auto fine-tuning, making precise focus adjustment for each lens easy.

The D7500 supports the same 4K UHD (3840 x 2160)/30p movie recording possible with the D500. The maximum recording time for movies of this resolution is approximately 29 minutes 59 seconds. What’s more, movie files can now be recorded in the MP4/AAC format commonly supported by smart devices, making it easier to view your movies on a variety of devices. Time-lapse movies can be created in 4K UHD format within the camera and can be output to an external device via HDMI as they are recorded to the in-camera SD memory card. Furthermore, the electronic vibration reduction, which reduces the effects of camera shake in hand-held recording, and Active D-Lighting can be applied with recording of Full-HD and HD movies.

-Auto Picture Control, with which the camera automatically adjusts tone curve, color, sharpness and clarity in accordance with the scene.

-Multiple exposure function that permits users to preview partially overlaid images of the final composite during the shooting process or delete the most recent frame and reshoot. All shots that make up a multiple exposure can be saved individually.

-In-camera RAW batch processing of a great number of images, such as with interval timer shooting.

-Power-saving design that enables recording of up to approximately 950 still images, and approximately 80 minutes of movies with a single charge when the EN-EL15a Rechargeable Li-ion Battery is used.

Nikon states that D7500’s “impressive image quality with outstanding agility and operability enables enthusiasts to pursue their passion in photography.” Indeed, this camera seems pretty powerful for an “enthusiast DSLR” (especially when compared to my D7000).

« Simplified posing for beginners, breaking down the building & tweaking of poses
This hyperlapse shows all the beauty Kazakhstan’s capital Astana »