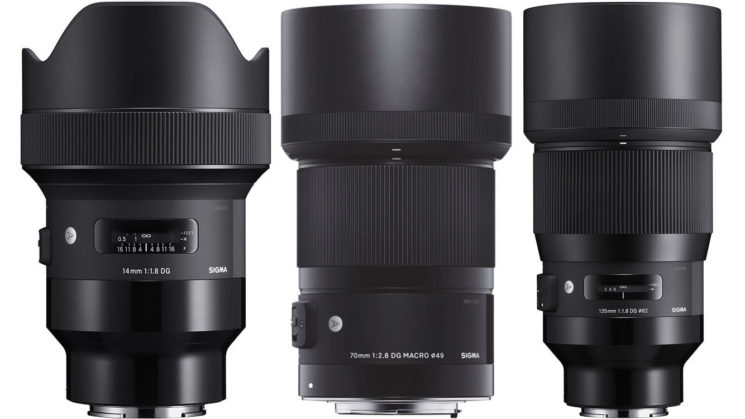 Having played with E-Mount versions of the 20mm and 50mm lenses only a week ago, they seem to show definite improvement on Sony bodies over MC-11 adapted EF or SA mount lenses. So these should be warmly welcomed by Sony shooters, particularly the 135mm f/1.8.

The E-Mount versions of Sony’s Art Series lenses have gained a new control algorithm to optimise autofocus for Sony’s systems. And they’re compatible with Sony’s continuous AF (AF-C) and high-speed autofocus. Both of these features are missing when using the Sigma MC-11 mount converter. They’re also compatible with Sony’s IBIS and lens aberration correction.

Although Sigma has officially launched the 14mm lens, it does appear to still be listed as pre-order, while the other two are showing as available now. I would imagine the 14mm will catch up at any moment.

That only leaves the Sigma 105mm f/1.4 DG HSM Art lens to go in the new E-Mount lineup. That should hopefully be coming sometime later this month. I’ve had a play with an SA mount version of this lens on Sony, and it’s already very impressive. I look forward to seeing how well this one performs when it’s available in a native Sony E-Mount.