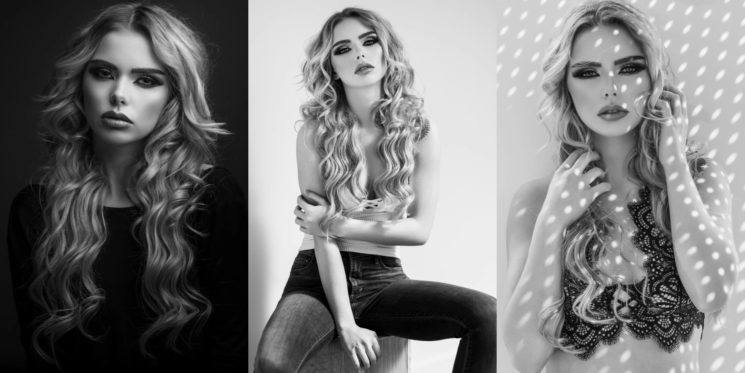 “Natural light photographers” is a strange term. To some it’s a badge of honour, stating that they either don’t need to use flash to get what they want, or that they simply don’t like “the look of flash”. To others, it’s generally derogatory, suggesting that somebody only uses natural light simply because they don’t know how to use flash. But both are excellent options for lighting up a subject.

Calgary based photographer Nathan Elson utilises both in this comparison of shots in the studio and outdoors using flash and natural light. This behind the scenes video posted by Nathan just goes to show that no matter which is available, there’s ways ways to bend it to your will.

Personally, I tend to avoid the studio, preferring to shoot on location. Occasionally I’ll shoot just natural light (especially if I’m shooting film), but typically I’ll mix the two together. But when it’s just a case of one or the other, both offer their advantages.

For the first setup in the studio, Nathan places his subject in front of the backdrop with a single strobe inside the Profoto Large Deep Umbrella. Below, is a large piece of white foamcore acting as a reflector. 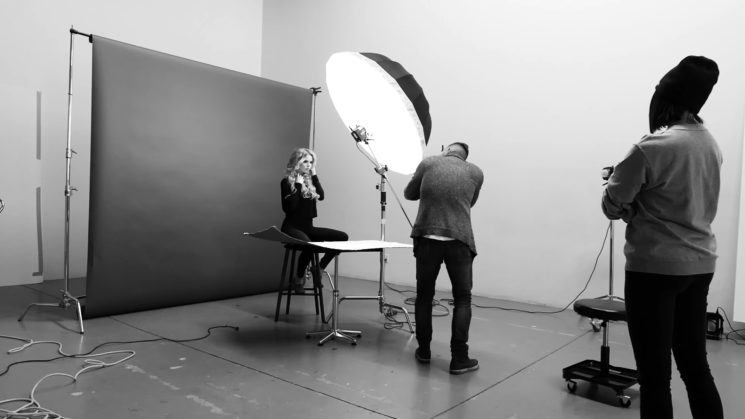 A very simple setup with effective results. Nathan feathers the softbox to wrap around the subject a little more and fill in some of the shadows on the dark side of the face. Working together with the reflector, it’s a very flatting and soft look. 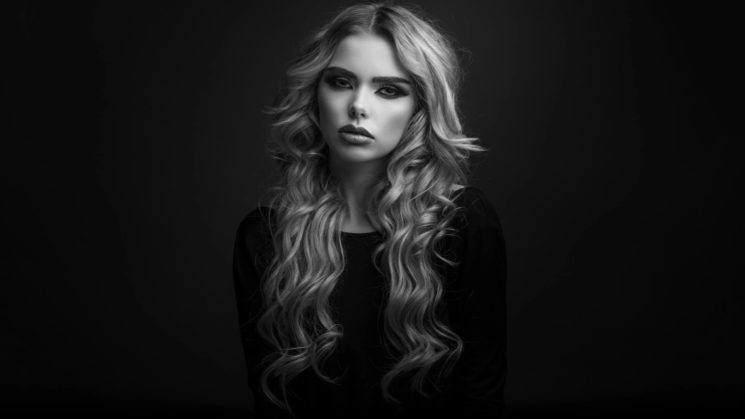 The second lighting setup, while still in the studio, goes 100% natural light. For great soft even illumination, it’s difficult to beat large windows. If your windows tend to pick up direct sunlight, as Nathans do, you can modify those, too. Nathan attached a slightly opaque film to his to help diffuse the light coming in. This way it acts just like a giant softbox. 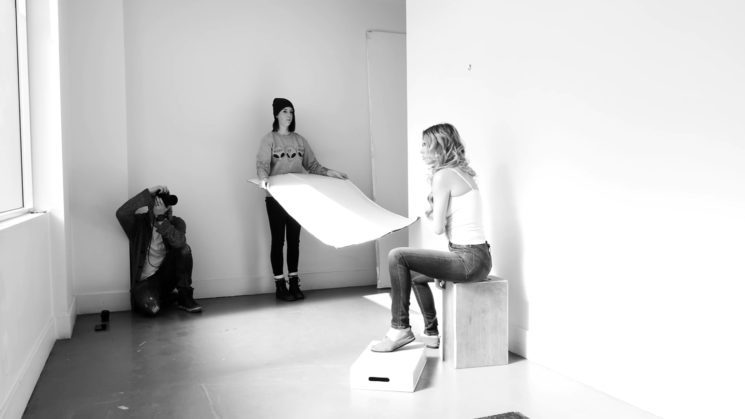 Again, the big sheet of white cardboard comes into play as a reflector. Although the light is very soft, it’s still directional. Most of it is coming from the large windows. Some is being reflected off the background. But you can still get some quite dark shadows in places. This is where the reflector again comes in to fill in those dark areas. 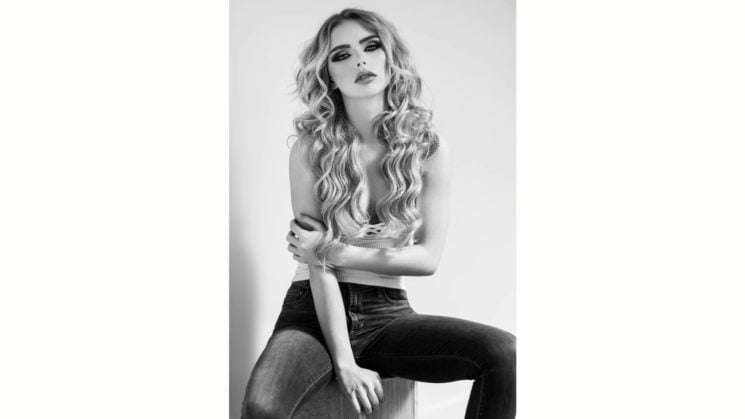 The third, and final setup is all outdoors, using direct hard sunlight. This is a situation that many of us find ourselves in, at least during some of the year. Clear blue skies, bright hard sun beaming down on your subject. It’s really not the most flattering light.

Nathan clamped a large white board between two stands to act as a backdrop. This gives a look similar to shooting inside the studio. Given the environment in which they were shooting, this is the simplest way to get a nice clean background. A sheet of pegboard was then held above to provide some shade on the model while offering an interesting pattern of bright lights. 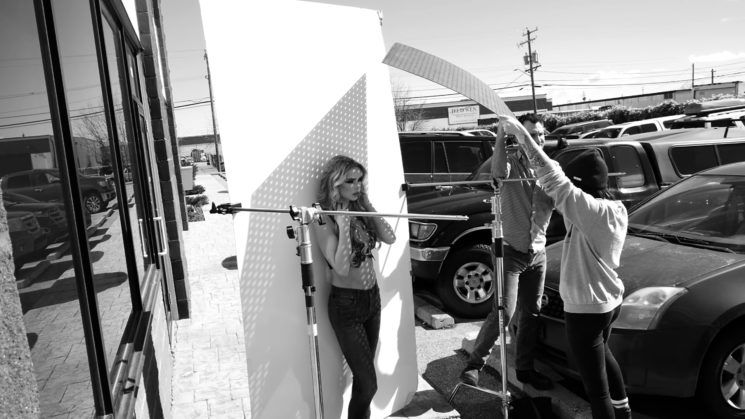 This isn’t exactly the standard setup you typically see outdoors. It’s an interesting approach, and one that yields a great results. Because the majority of the sunlight is being blocked by the pegboard, we’re seeing her lit mostly by the ambient light that surrounds her. Light from the sky itself, reflected off walls, and her surroundings. This gives a nice, soft result. 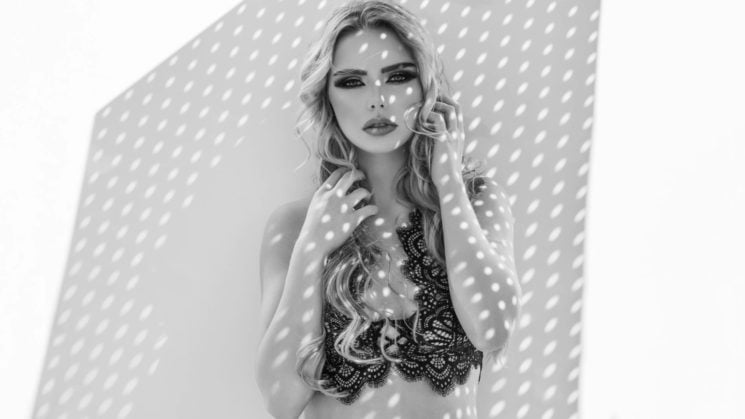 Because she’s close to a wall, it’s still slightly directional, although much more diffused. We can see a little shadow on camera left, and under her chin for separation.