There’s a reason we often see light painting done at night or during low light conditions. During the daytime, it’s just too bright to be able to do them effectively. You have to use fast shutter speeds to not blow everything out, which is the opposite of what you need for light painting.

But there is a way to light paint during the day, too. In his latest episode of Tube Stories, light painter extraordinaire Eric Paré uses neutral density filters to help bring that daylight under control.

You can see in this screengrab from the video just how bright it was on this cloudless day in the woods. It’s so bright that even the video camera’s shutter barely even shows any motion blur while it’s moving. So, there’s no way you’d be able to light paint this scene, right? 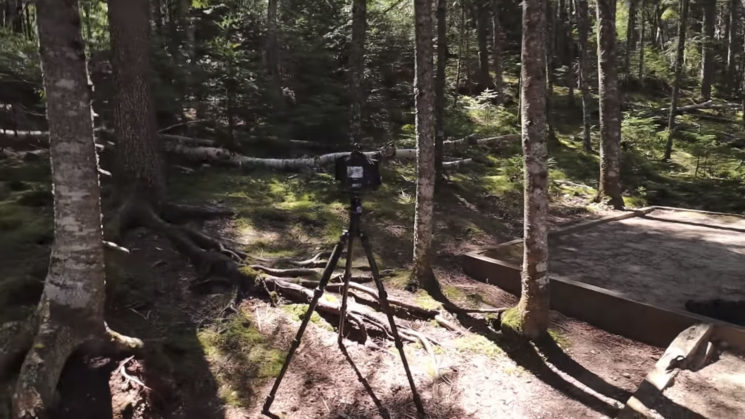 Eric uses a NiSi 10 stop neutral density filter to help bring the ambient light under control. 10 stops might seem like a lot, but in bright conditions like these, it’s still often not very long – a few seconds at best. 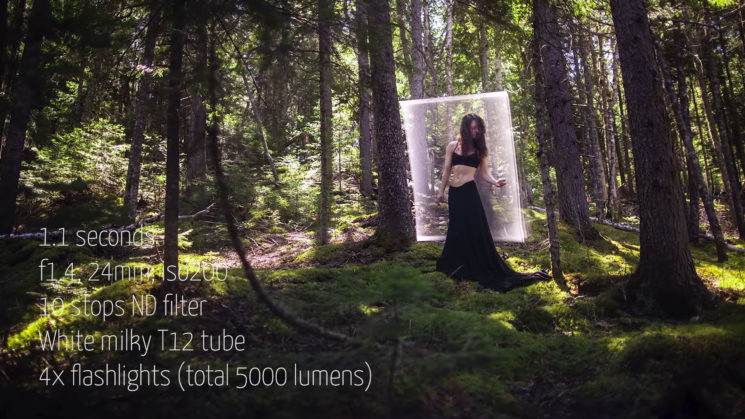 In this shot, Eric ended up swapping out for a 6 stop ND to be able to stop his aperture down a little and still get a 0.9 second shutter speed. 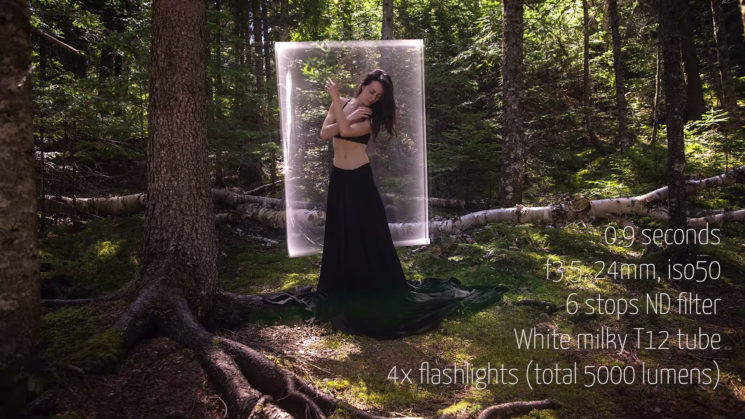 This gave him plenty of time to paint light behind his subject. To overcome the 6 stops of neutral density, Eric had to really ramp up the brightness of the flashlights he uses in his tubes. He used four flashlights to ensure that the tube was bright enough to shine through the ND. 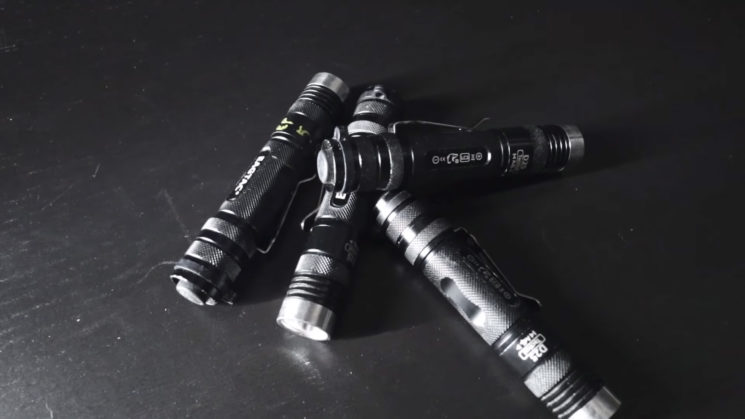 Eric says that these aren’t his best images, but that his goal was to go and experiment with light painting in very different conditions to those in which he normally shoots.

Personally, I think he can call the experiment a success. It certainly turned out better than any of my light painting experiments.