I was surprised when Seagate reached out and asked me if I’d like to review some of their Ironwolf hard drives. I mean, how much is there really to write about hard drives? I’ve generally been pretty agnostic about which drives I use for my editing and backup. But once I started reading about the feature of these drives, I found there was a fair bit of info I hadn’t considered before. It’s worth remembering that storage is more and more important for us creative types.

To begin with, we store all of our images and videos on hard drives and so the speed of those drives will dictate how fast we can work. It will also affect our creativity. If I am editing an image or video and have to wait while my machine is rendering or whatever other technical things can slow me down, it can disrupt the creative flow.

Backup is also really important. I know, I go on and on about it but hear me out (again). You really need multiple copies of all your stuff in multiple places, just in case. All standard stuff but let’s look at these drives claim to be any different from any others. 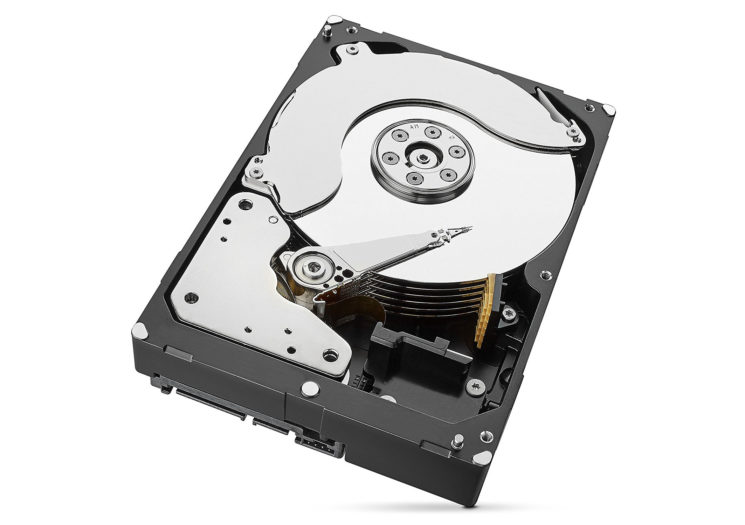 The ironwolf series of drives have been specifically designed with the heavy load that creatives like us need from our storage. They are designed to be used in a NAS, which stands for Network Attached Storage. These are basically big boxes that you put hard drives in that you and others on your local network can access as if they are one giant shared hard drive.

I’ve got a few of these NAS boxes. The ones I really like are from a company called Synology. I use them for backup as well as sharing files with clients. I could go on quite a bit about the Synologys as they have tons of features, but let just focus on how the Seagate drives work in them. 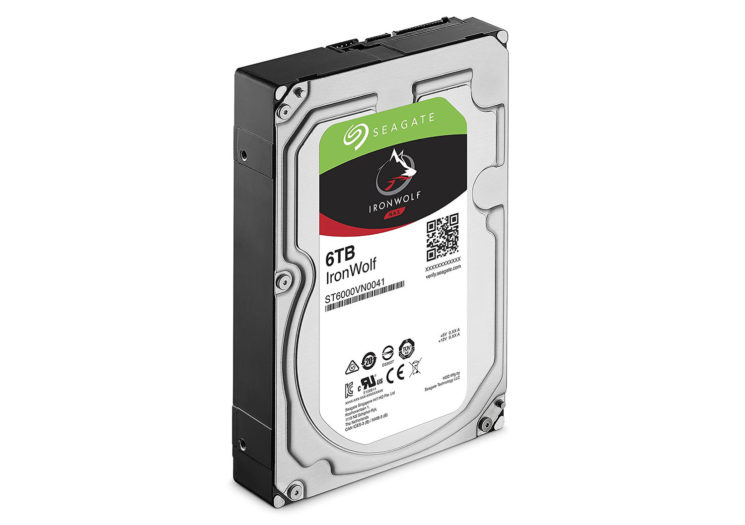 There are two models, the standard one, and the Pro. The main difference is that the Pro is faster.

The standard model comes in sizes ranging from 1TB all the way to 12TB and the Pro model goes from 2TB to 12TB.

Something that I haven’t seen before in hard drives is that the Pro model comes with a two-year data recovery programme. Yep, if something goes wrong with the drive, not only will they repair/replace it under warranty, but for the first two years, they will also pay to send the drive to data recovery specialist. Notice I don’t say that they will pay to recover your data? They will try, of course, no one can guarantee that they can recover the data, it will depend on what has happened to the drive.

Now you might be asking “If these things are so well made and great, why would the company tout that they can recover data for you incase the drive fails?”. Well, it’s just the nature of hard drives. Even though we take them a little for granted, they are complicated technical things.

I’ve bought hundreds of hard drives over the years and I’ve only had maybe five to six fail on me. Which is a pretty good run, but that’s also why I always keep multiple copies on multiple drives.

I have five of the 6TB non-Pro models in my Synology 1517+. First off, it’s pretty cool having that much storage in a single place. The Ironwolf drives even have an integration with Synology that you can install an app that monitors the drives for any potential issues and keeps you updated on their condition.

As for speed. The drives work well. I can edit photos with no problems and even HD video. Video at 4K or RAW becomes a bit of a challenge, but that is more because the Synology is a network attached device and for now, even with gigabyte ethernet, it’s not going to be as fast a direct attached Thunderbolt3 drive.

I did do a little experiment. I initially only installed four of the five drives into the Synology, created a volume and then a few days later installed the fifth, to see how long it would take to add the drive to the array. Now, of course, the speed of this doesn’t just depend on the drive, a bit part of it will be reliant on how fast the Raid array can do this.

It took about two days to add a 6TB drive to the volume. This may seem like a long time, but believe me, this is actually pretty quick, considering what is going on behind the scenes.

It’s difficult to give an overall conclusion on the Ironwolf drives because of the nature of drives.

I am a single user, I think if you had them installed on a NAS that was being shared by multiple users you’d start to see more advantages to using them.

The other advantages of these drives will present themselves in two to three to five years. Time. If they are still up and running and haven’t given me any issues over that time. I can then say that they are great at what they do.

Having said that, thanks to the support that Seagate offers with the drives, even if there are issues, I should be well covered and that piece of mind makes them worth it. I’ve already bought a few more for my other Synology boxes.