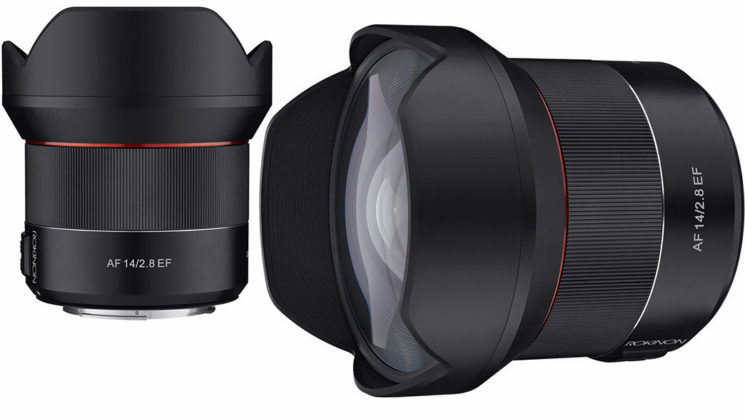 Another one that leaked out a couple of days early, the Samyang AF 14mm f/2.8 EF lens for full frame Canon DSLRs is here. At $849, this marks Samyang’s entry into the autofocus DSLR lens market, with something clearly aimed at landscape and astrophotography shooters. This isn’t really surprising, as Samyang’s ultrawide manual focus lenses are a favourite amongst many already. 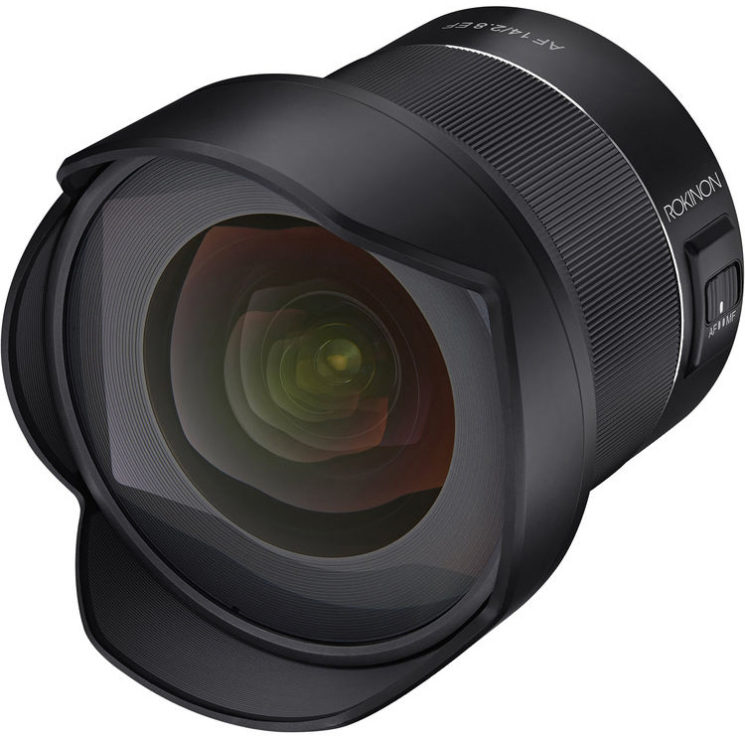 Sold in the US under the Rokinon brand name, the lens is $849. Not an insignificant price, but it’s well under half that of the $2,099 price tag of the Canon EF 14mm f/2.8L II USM. So, it’s practically a steal if the quality holds up.

One obvious difference between the two, though, which may cause problems for some, is that there’s no distance scale on the Samyang. The Canon gets a nice little window showing you the distance at which it’s focused. This allows you to check that the area you wish to be in focus is sharp. Is that distance scale worth an extra $1,200? No, probably not, but it may be an important factor that excludes the Samyang from your options. Of course, for the times you need that, there is always the manual focus version. 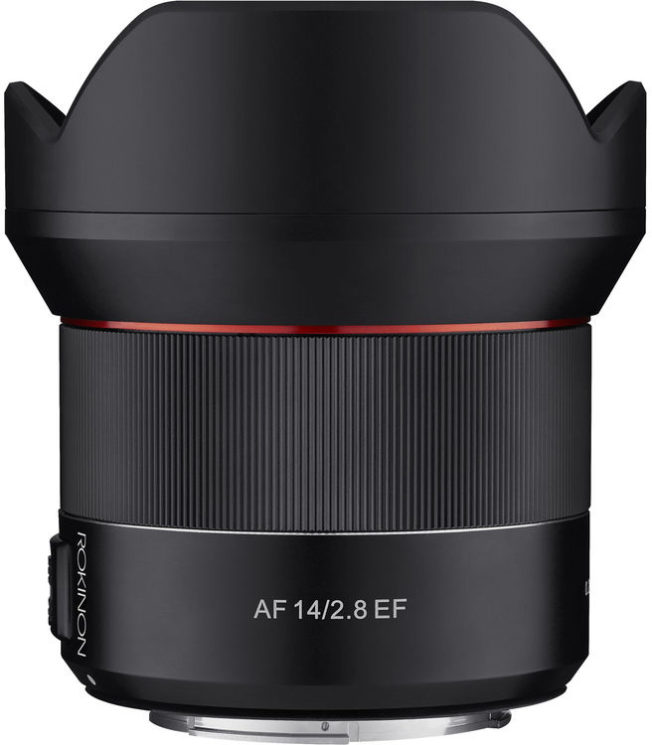 But let’s have a quick look at the specs.

Despite being a full frame lens, Samyang say it will also work just fine with Canon’s EF-S mount APS-C bodies. 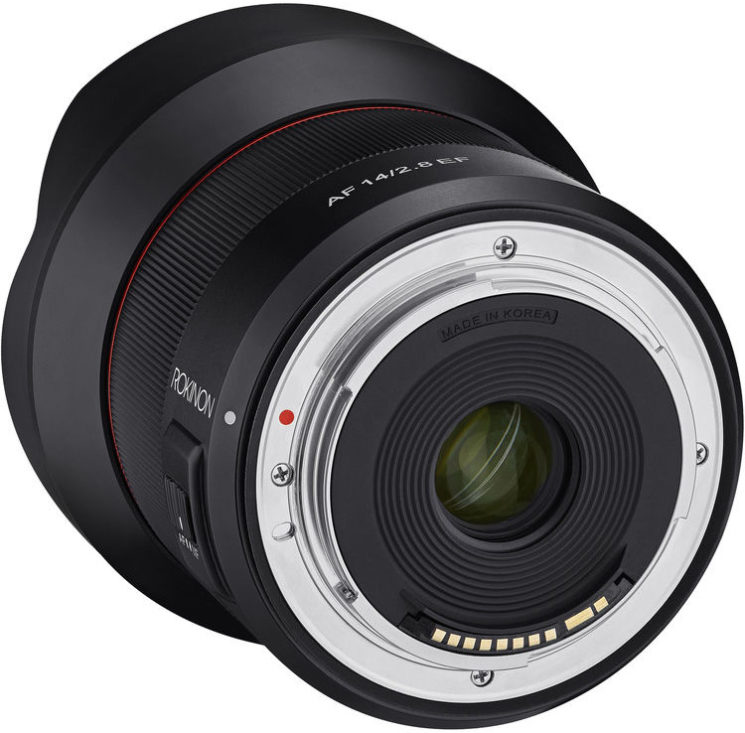 The lens features an all metal weather sealed housing with Ultra Multi-Coated elements to reduce flare and ghosting for improved contrast in strong lighting conditions. There are 15 elements in total in 10 groups. These include 2 aspherical elements, 4 high-refractive elements and 1 extra low dispersion element to minimise distortion and aberration. 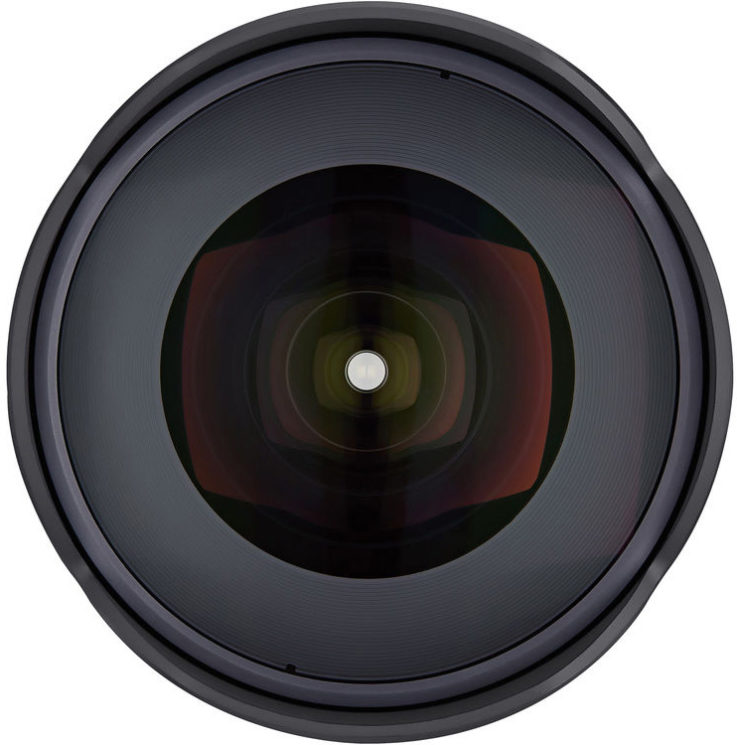 Weighing in at only 485g, it’s a fair bit less weighty than the Canon 14mm f/2.8L II USM’s 645g, although it’s physical size is slightly larger, with a diameter of 90.5mm vs 78.7mm. As with many lenses of this focal length, there’s no filter thread on the front and the lens hood appears to be non-removable. 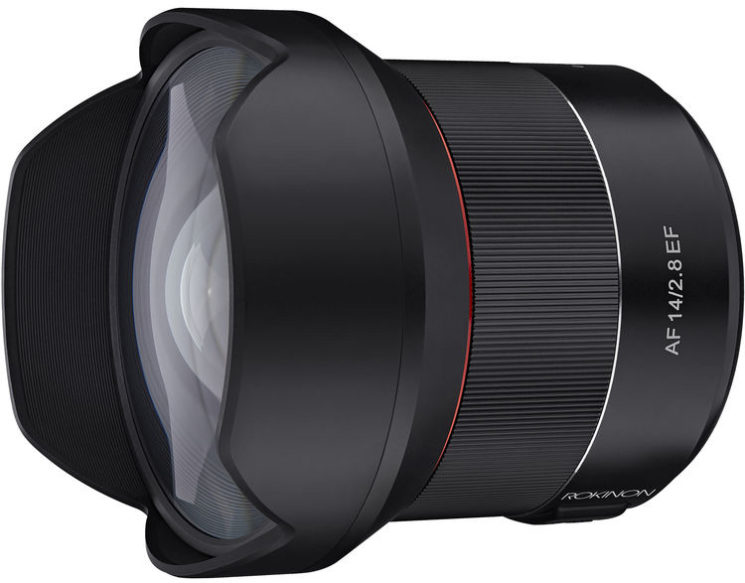 There are a few samples photos on the Samyang website shot with this lens if you want to go and check them out. As one would expect from a manufacturer website, they’re quite impressive. But it will be good to see how well this performs in the real world once it gets into peoples hands.

The Samyang AF 14mm f/2.8 Lens for Canon EF is available to pre-order now for $849. Lenses are expected to ship at the beginning of February.

It’s nice to see Samyang finally getting into the autofocus market for DSLRs, and I hope they stick with it. You know, what with every new mirrorless camera coming out being “the DSLR killer” and all. Hopefully they’ll also start bringing them out for Nikon, too, although there’s been no word on whether or not that will happen.