Optics brand Samyang has announced its brand new lineup of auto-focus cine lenses, the V-AF range. The lenses have been designed with all video creators in mind, from a single one-man-band filmmaker to full production teams. They are made for full-frame E-mount systems and are fully interchangeable and Samyang says that with the launch of these new lenses they are making it easier to create high-quality videos.

The first lens to be released will be the V-AF 75mm T1.9. The remaining four lenses in the line-up will be released over the course of the next year before the end of 2023.

The remaining lenses in the series will be 20mm T1.9, 24mm T1.9, 35mm T1.9, and 45mm T1.9. The lenses are designed with shooting 8K in mind and have a unified colour tone across the entire range to reduce post-production time. Additionally, the 9-blade aperture system gives a pleasing shape to the bokeh, particularly at the wide end.

The lenses include two tally lamps to show when recording is in process. This feature is intended to make it even easier for solo videographers and bloggers to monitor the recording. 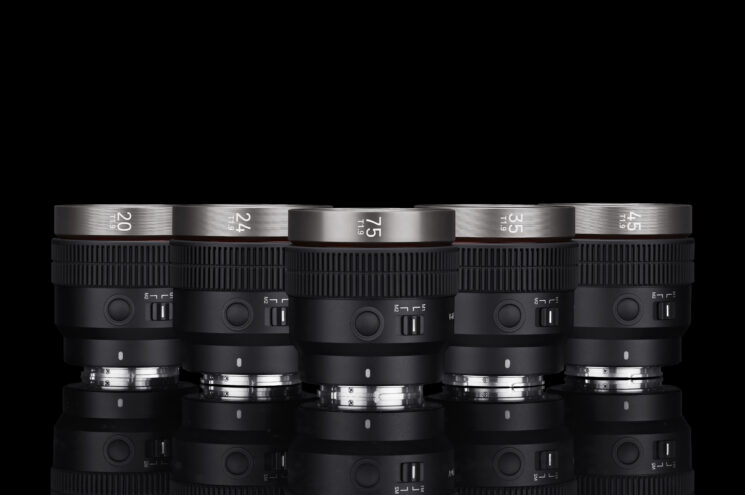 The other interesting aspect is that the series of lenses have a uniform weight and dimension. This will be especially convenient for use on drones and gimbals because there will be no need to rebalance the rig when changing lenses. Each lens weighs in at just under 300g making them incredibly user-friendly, particularly with drones and stabilisers. 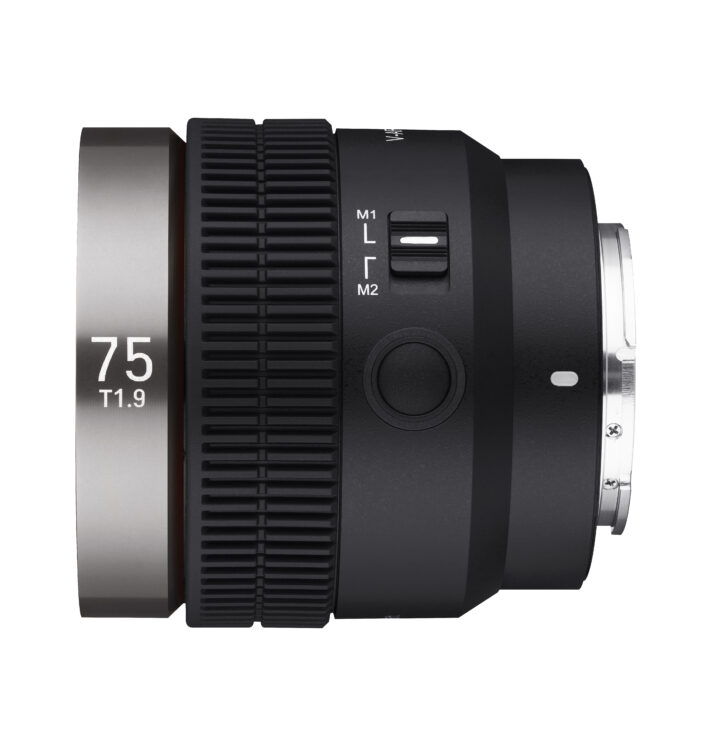 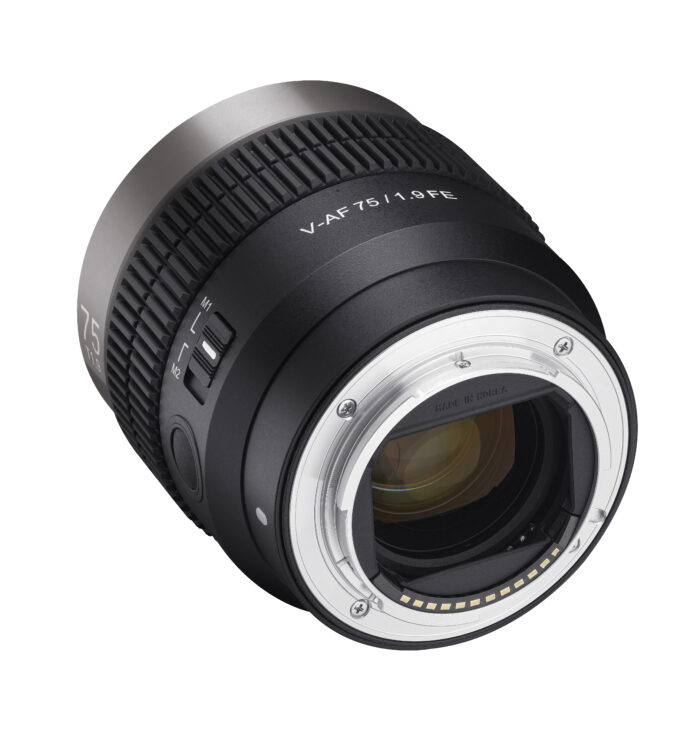 This lens lineup from Samyang is very interesting for a few reasons. Firstly, up until now, dedicated cine lenses have always been manual focus. The focus point and artistic decisions around where to focus were always a large part of the creative process. Are we seeing a move away from those days now, where everything is becoming more automated and we no longer need or want to be making those creative decisions? 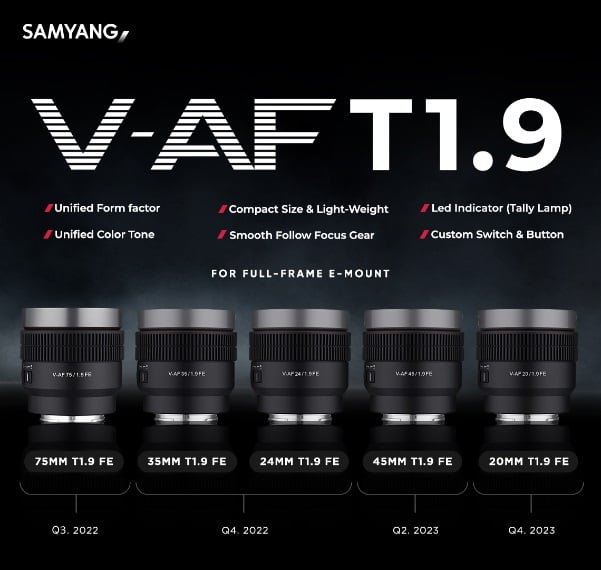 Samyang may well be riding the crest of the wave regarding AF for video. As video takes up more prominence in creators’ lives, the speed and costs of production are falling. Perhaps Samyang is seeing this as a way of democratising the video-making process. Larger productions most likely won’t be using these lenses, it really does depend on who the intended market is.

The other question we have to ask is whether Samyang will be releasing these lenses in anything other than a Sony mount in the future. For video, it seems like an obvious choice, with Sony being a popular choice in this market. It will be interesting to see if they open it up to include an EF mount later on. It’s highly unlikely that there will be an RF mount any time soon considering Canon’s recent clamp downs on third party AF RF mount lenses.

Samyang will be officially revealing the new lens line at IBC 2022 where DIYP is currently reporting from. If we see these lenses in the wild we will tell you what we think of them! There is still no word on the price yet.