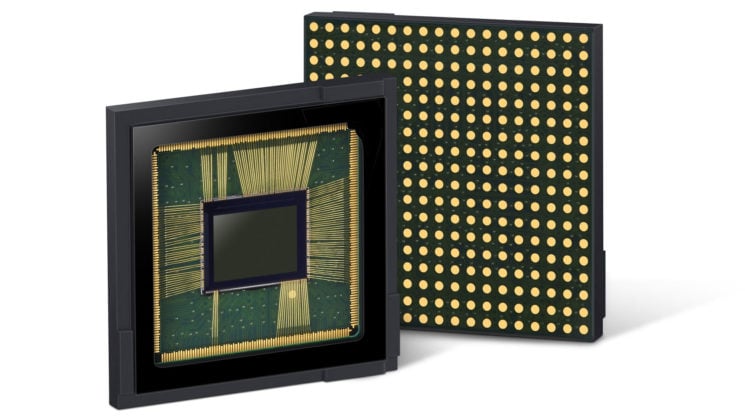 It feels like only last year we were faced with a technological breakthrough. Dual cameras in our phones. Two cameras working together as one to improve image quality, and increase ISO performance. To let us realistically fake the shallow depth of field previously only possible with large sensors. Oh, wait a minute. That was last year.

Dual camera smartphones have pretty much become a requirement now for anybody taking their mobile photography seriously. Already, though, Samsung want to make the whole concept obsolete. They’ve now announced some new mobile image sensors based on dual pixel technology. Similar to that found in cameras such as the Canon 5D Mark IV. Only way smaller.

Released under its ISOCELL sensor brand, the two new sensors – the ISOCELL Fast 2L9 and ISOCELL Slim 2×7 – are both intended for mobile use.

The first sensor, the Fast 2L9 is 12MP and designed for fast autofocus speeds, even in darker conditions. It uses dual pixel technology in order to achieve this. Samsung say that this also allows for the creation of software based depth of field effects without the need for a dual camera system. This is in a similar way to the camera on the new Google Pixel 2.

With 12 million focus detecting pixels, the sensor is able to not only quickly focus on small still objects, but also lock on and track moving objects without losing focus, even in low-light environments.

It’s also a very slim sensor, to produce camera modules which allow a “bumpless” smartphone design. As well as increasing autofocus speed and accuracy, the dual pixels allow you to fake depth of field in post with only a single camera.

The other sensor, the Slim 2×7 is a 24MP thin sensor designed to increase low light performance. Essentially, it merges neighbouring pixels to work as one to increase light gathering ability. In bright conditions, it uses an algorithm to produce full resolution images. It seems this one is designed primarily as a front camera, rather than a rear.

The ISOCELL Slim 2X7 is also packed with Tetracell technology, which lets the sensor take brighter photographs in the dark and more detailed ones in well-lit environments. Tetracell improves performance in low-light situations by merging four neighboring pixels to work as one to increase light sensitivity. In bright environments, Tetracell uses a re-mosaic algorithm to produce full resolution images. This enables consumers to use the same front camera to take photos in various lighting conditions.

This is presumably why they have announced a pair of sensors together. The Fast 2L9 for the rear camera, and the Slim 2×7 for the front.

With the move towards computational imagery, especially when it comes to smartphones, it looks like Samsung want to maximise the tech and minimise the cost to produce.

There’s no information yet as to when these sensors will start appearing in phones though, or whether they’ll be limited to only Samsung phones.

I don’t really care about the whole faking depth of field thing. But if low light autofocus and image quality can be improved in our phones, then I’m all for that. It will be interesting to see who ultimately wins out in the Dual Camera vs Dual Pixel battle, too.