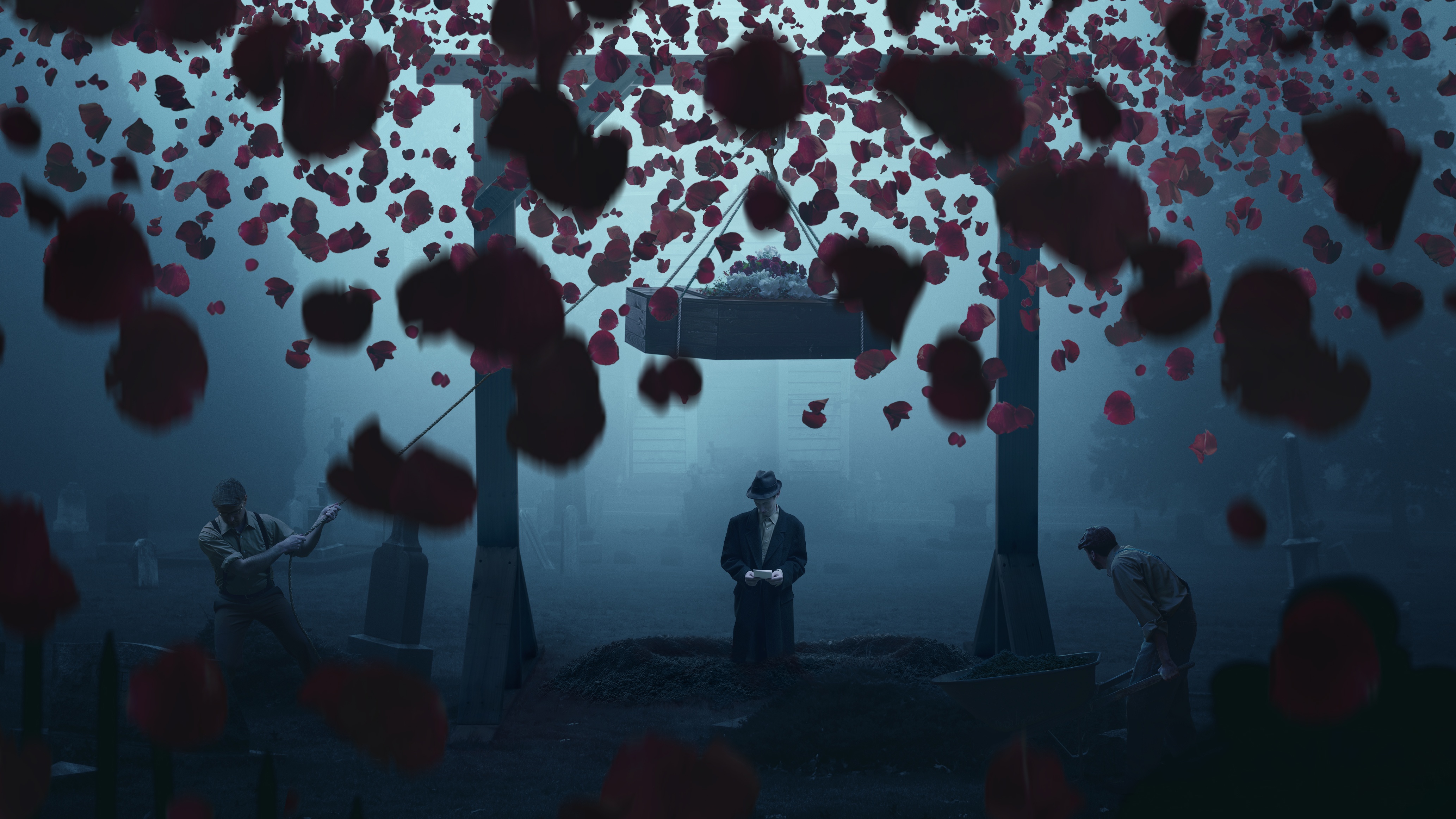 By now, if you have read my previous posts (which you all should have done, tut tut), you will know that I am inspired greatly by the cinema. I have loved movies since I was a little boy. I would sit for hours on end, watching, and re-watching my favourite movies. If I had to tell you guys right now what it was that sucked me in, time, and time again, it would be one thing. The stories.

As most of us know by now, you can have a movie with the best special FX in the world, but if it is attached to a plot-less, or weak story, the film will suck! How many times recently have you been to the cinema, and exited underwhelmed. Yeah the movie might be visual eye candy, but without its heart, a well written story, it is nothing but another shallow excuse to make money.

As photographers we are all storytellers at the core, but unlike cinema, we only have one image to convey a story. This is something I strive to do in my own work, for each image to be a story, with its own tale to tell. Well there is one photographer in particular, who has this skill down to a fine art (excuse the pun :P)

In 2013, when the photography world was still quite new to me, I remember browsing on Flickr. I was clicking through the photos, when I stumbled onto an image that looked like a still from a movie. It had a young man, cradling a dog in his arms, as he walked away from what looked like a burning building. I stared at the image on my screen, trying to deconstruct it in my head. How had this guy created such a seamless, and cinematic image? There was so much story to tell in this one lone image, that I couldn’t take my eyes from it. Eventually I moved my mouse cursor to the name written at the top, Ryan J Weiss (Fcebook, Flickr), and clicked to see his photo stream.

That night my mind was literally blown. As I went from image to image, I felt like I was looking at stills from a selection of movies I had never seen. Ryan had captured that magic, the same feeling you get when you watch a good film. Each image had a story, but at the same time raised questions. There was a sense of mystery, a hint of darkness, and all draped in what feels like a nostalgic slice of Americana. Hidden between the Frank Capra-esque settings and characters, is a murky and surreal undercurrent. It is this kind of storytelling that brings me back, over, and over again, to analyse each image.

Storytelling and mood aside, Ryan creates some of the most accomplished and technically perfect composites I have seen. Trust me when I say, I have stared and picked apart his images for a long time now. Looking for the seams, and the tell-tale signs of a composite image. And I would be hard pushed to say I found any. Ryan creates with a camera and Photoshop, as a master artist like Delacroix painted on a canvas. Every detail is perfectly placed, complementing each other like the pieces of a jigsaw. This is composite photography at its purist!

I got to speak the man himself, and ask him some questions. 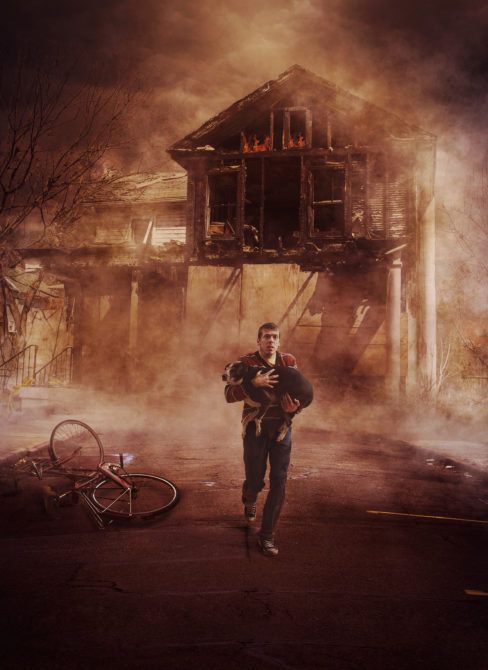 DIYP : Browsing through your Flickr stream, it seems you started off creating more traditional looking Strobist images. Around what time did you begin to create composite images, and why?

RW : Like most people, I started with a hotshoe flash, and my main focus was making images with “nice light”. After a few months of creating images that were visually appealing, I began to notice that they really weren’t saying much or telling any story. Before picking up a still camera I began venturing into imagery by way of video work, working on short films with the intent to eventually make something full length, so I wanted to apply cinematic production to my still photos, and making composites in Photoshop was the only feasible way. 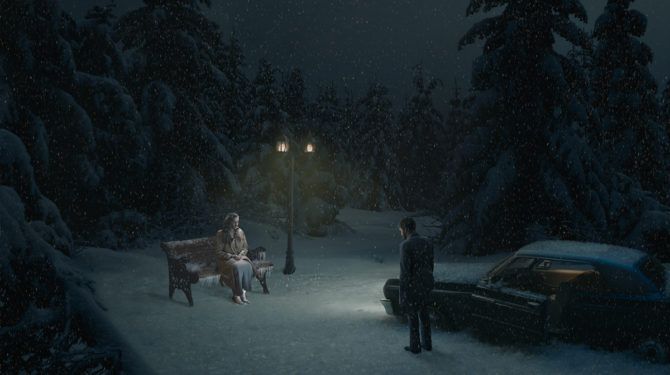 DIYP : Your images always remind me of a film still or a snapshot from a movie. Do you ever create a story of the characters to help work out the emotion and action of the image?

RW: Since I only use friends and family as the subjects in my photos, none of which have any acting experience, providing them with a narrative story around the emotion I need them to convey definitely helps. We spend a lot of time going through physical motions, and even dialogue that would take place during the “scene”. 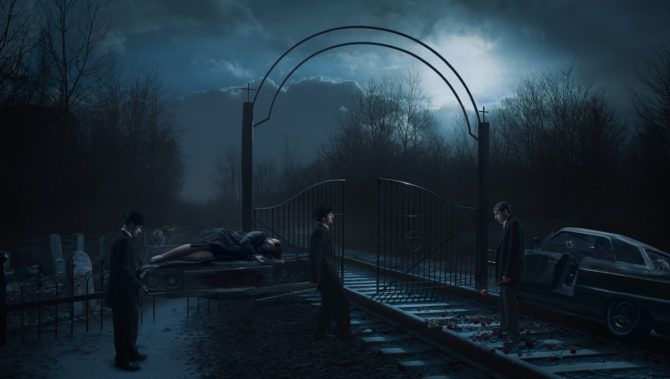 DIYP: How much planning do you do beforehand, before starting a composite. Do you draw out sketches, and create mood boards etc, or do you just jump straight in and see where it takes you?

RW: I’m very free form, and many of my images have had small sketches for general concept purposes, but most times I just take an interesting photo element and run with it. A lot of the time where I finally end up with an image is far from where it started. I’ve got a relatively short attention span, and if I know exactly how something will end up it robs me of my motivation to complete it. 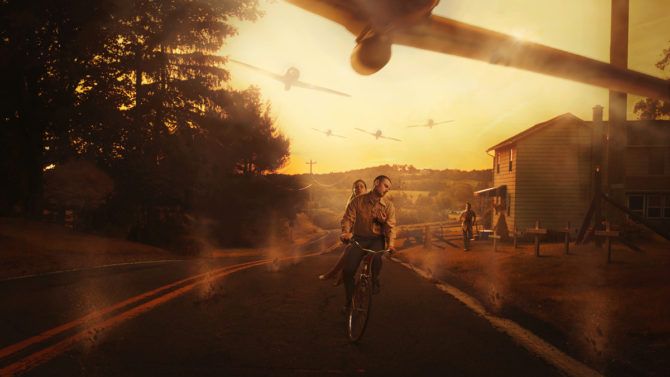 DIYP: On average how long does it take to create one of the larger composites?

RW: It’s hard to calculate exact times, as I keep busy with a lot of other interests I have; so most images have been created in small increments over long periods of time. The next image I’m releasing has been “in process” for almost two years and when I find the next appropriate element, I add it and if I’m stuck I walk away. Sometimes for a long time. It takes me back to how necessary Photoshop is for my photos, they literally can not be made any other way. 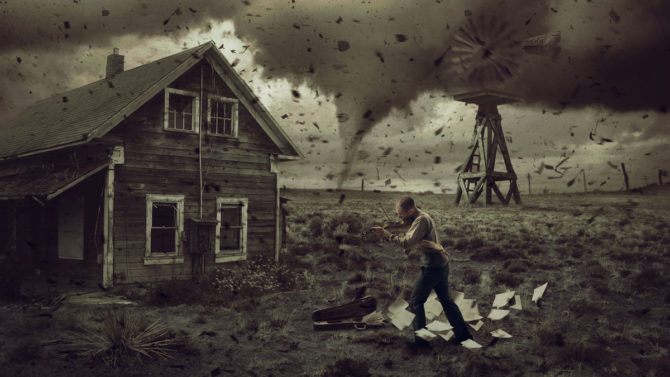 DIYP: Although your images are very emotion based, there is always a hint of of darkness running through them. Is this something you consciously do, or is it just a part of your personality that bleeds into the image?

RW: I live in an area that’s been on a steady decline since I was a child. Being surrounded by depressing imagery as you go about your daily life instills a lot of negative emotions that will surely be seen in most of my images. I find that living in an area such as this, leaves you with endless material for emotionally provoking images. I’ve got a love/hate relationship with where I live. 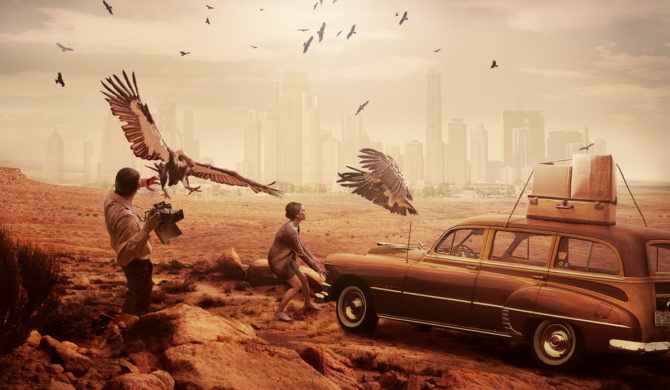 DIYP: My favourite image of yours so far has to be the latest composite, where the coffin is being lowered under a shower of rose petals. Where did the inspiration for this image come from?

RW: I’d be lying if I said I knew where that story came from. I had created the background image awhile ago and I knew I wanted to do more with it. I just sat there and reflected on what the could feasibly be happening in such an ominous looking place, and the image fleshed itself out from there. 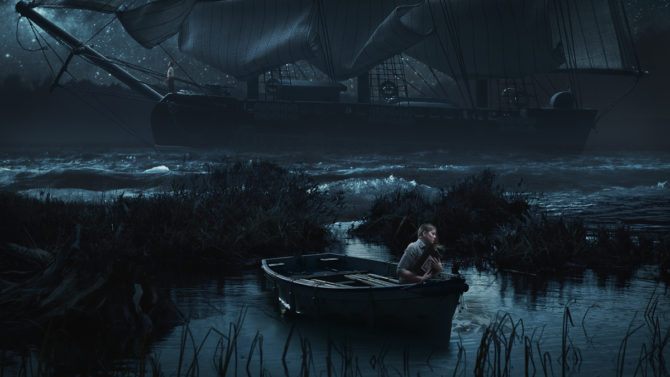 DIYP: Like me you seem to be attracted to abandoned buildings and decayed locations. On your website you have a gallery named Forgotten places. Tell us how this came about?

RW: Like I mentioned above, I live in an area that was booming at one point in time. Coal mining was a fluorishing industry and nearby areas were very popular resort getaways. If you spend enough time driving through northeastern Pennsylvania you’ll find an overwhelming amount of abandoned structures and even towns, all of which, are very eerie. As much as I love Photoshop, it’s great to get out an capture naturally occurring images, and abandoned places lend themselves to my cinematic style. 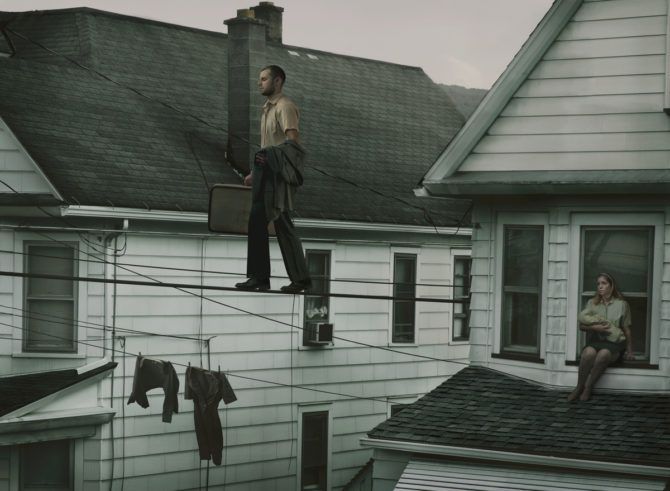 DIYP: Finally, what are your plans for the future, and do you have any exciting plans coming up?

RW: The future is unknown, but I’ll surely keep on creating images in Photoshop, though my biggest goal is to venture out more and capture images of abandoned places and maybe throw together a book. Either way, I’ll have a camera in hand 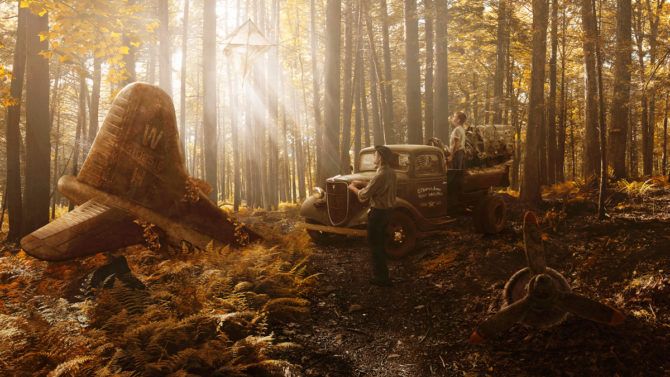 Don’t be a Photographer, be a Storyteller

Six techniques to master as a landscape photographer storyteller

« Best Practices To Protect Your Photography Copyright and Pursue Infringement
If you can only get one backdrop for your studio, grey is what you want and here’s why »