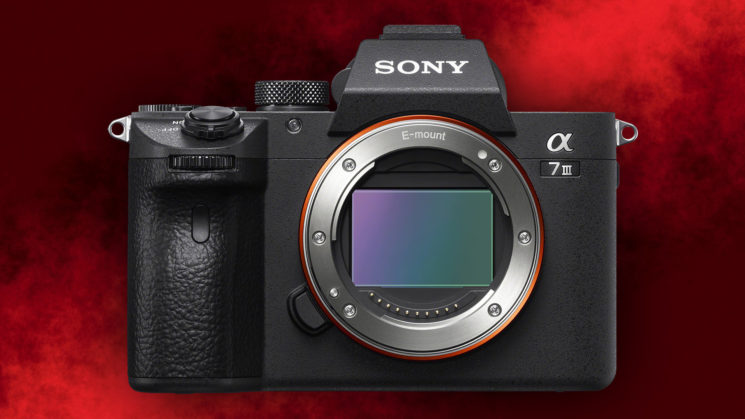 The Sony A7III, the successor to the very popular and heavily discounted Sony A7II, was announced just a few days ago, but already people are getting very opinionated. A few are just going off the on-paper specs, while others have managed to actually get their hands on one and take it for a spin. So, let’s see what people think, and whether or not it’s the right camera for you.

One thing I’ve seen on Facebook since the A7III announcement is how just many wedding photographers are looking to pick one up. Primarily because of its low light performance. Even though they may already own a Sony A7RIII, they still want what this offers, and it seems that their hopes aren’t unwarranted. Max Yuryev did a side-by-side comparison of the A7III along with the A7RIII, Sony A6500 and Panasonic Lumix GH5. According to Max, it beats all of them when it comes to high ISO performance.

Further adding fuel to the “ideal wedding camera” fire is Kai Wong’s enthusiasm for the fact that it actually contains dual card slots. This was a big shortcoming of the A7II and put many photographers of taking the chance. Sure the chances of a genuine SanDisk, Lexar or other card failing are pretty slim these days, but many working photographers, especially shooting weddings, want to create their backups as they go. It also allows them to have two copies of everything stored separately for the trip home, too, reducing the chances of all the images being lost if a set of cards goes missing.

Francisco Hernandez got to see it a little before the official announcement at a private Sony event. He goes through the complete rundown on the specs, and offers his thoughts on where he thinks this camera shines, and also talks about why the A7III might not be the ideal camera for you.

Jason Vong got together with Danny Eusebio, that1cameraguy, to go through their first impressions of the camera and what they think about it. Both familiar with Sony cameras, using A7II, A7RIII and Sony A9 bodies, they talk about the differences and the similarities to other models in the Sony lineup. Right at the beginning, they mention a couple of noticeable omissions. Notably the model dial lock button and the removal of the PC Sync socket, both of which could be potential issues for some shooters.

The folks at The Big Picture have compiled a video containing quite a selection of sample images shot with the A7III. Of course, there’s no doubt the image quality would be very good. The A7II was pretty good, and it’s hardly going to get worse, is it?

While this video from Dave McKeegan doesn’t actually show the A7III in his hands, it does offer an interesting thought. Specifically that the announcement of the Sony A7III along with Sigma’s announcement of nine Art series lenses native to Sony E-Mount holds amazing potential. This thought came to me, too, as I was writing up the posts here in DIYP the other day, too.

No longer will folks have to stick with Canon or Nikon just because they like their Art series lenses.  Nor will Sony shooters have to put up with an MC-11 adapter to be able to use Art series lenses and lose lens functionality. So, these two announcements combined could sway a huge amount of people to make the switch to Sony.

Overall, the response to the Sony A7III announcement is hugely positive. I’m even looking forward to giving one a try myself at some point. While I probably don’t ditch my Nikon gear to make the switch, the A7III could be the perfect camera for my video needs.

Various posts on Facebook extol the potential virtues of a number of features, most notably full frame 4K video at such a low price. Sure, the A6500 can do 4K video, too, but that’s not a full frame sensor. And we know Sony tend to not skimp on quality when it comes to video. The same autofocus system as the Sony A9 is also another huge factor for many people, even if they don’t shoot sports. It still holds all kinds of advantages for weddings, portrait and other types of photography. I’ve already seen several people post that they’ve pre-ordered a pair as soon as it became available.

Whether it’s the right camera or not for you, though, is something that only you can decide.