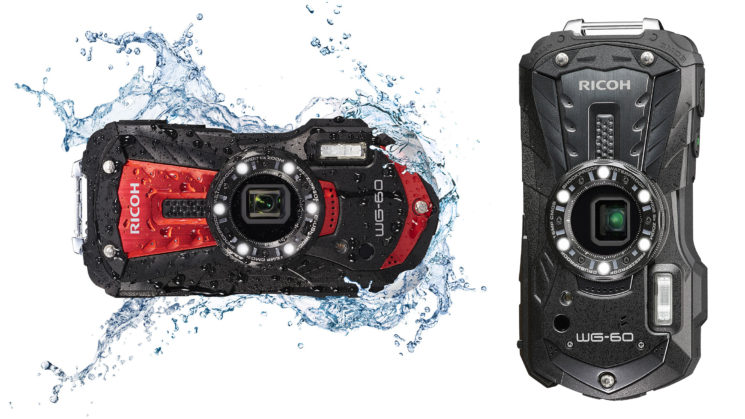 The Pentax line of waterproof compact cameras has built up a pretty good track record over the years. Going from simple waterproofing to a full rugged build, the line was continued when Pentax was bought by Ricoh. And they’ve now announced the new Ricoh WG-60.

The WG-60 appears essentially identical to the popular WG-50. It has the same physical look and mostly the same specs. But what they have done is (sort of) given it WiFi capability by adding support for FlashAir WiFi SD cards. 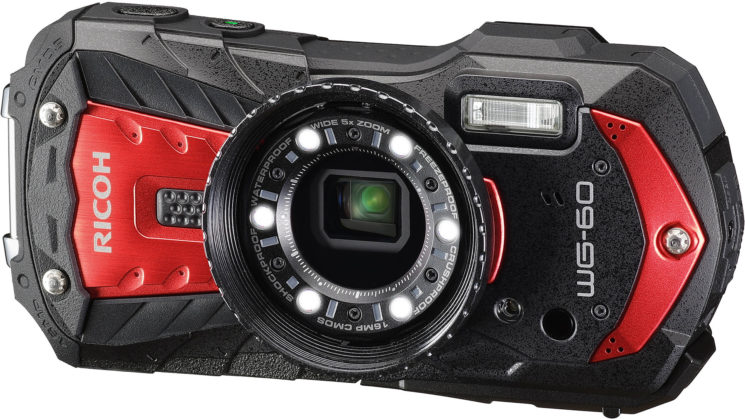 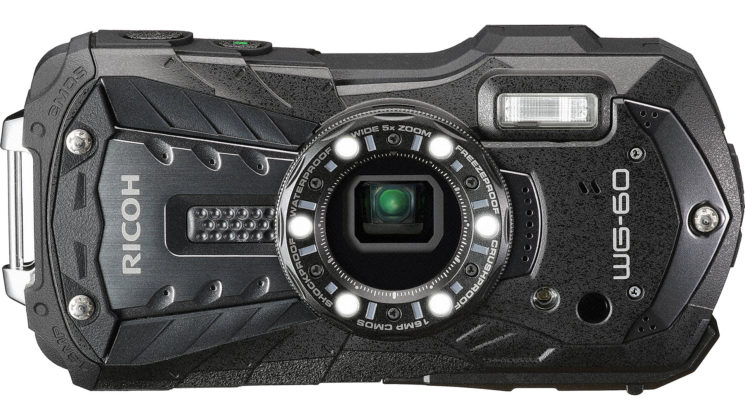 The addition of FlashAir support might not sound like a big deal, but for a camera built to be waterproof, I think it is. The last thing you want to do when you’ve just got out of the pool or an ocean is to pull open your SD card slot and start faffing around with card readers to look at the images on your phone and maybe post one or two online.

FlashAir is basically the only way that the WG-60 can communicate with your phone. So, now, your waterproofing can stay safely sealed as you’ll no longer need to risk opening up that card slot with the camera still wet or have to wait for it to dry before pulling the images off.

The Ricoh WG-50 was released last year for around $280, and the new WG-60 sticks to that same price point. It’s available to pre-order now for $279.95 and is available in either black or red.