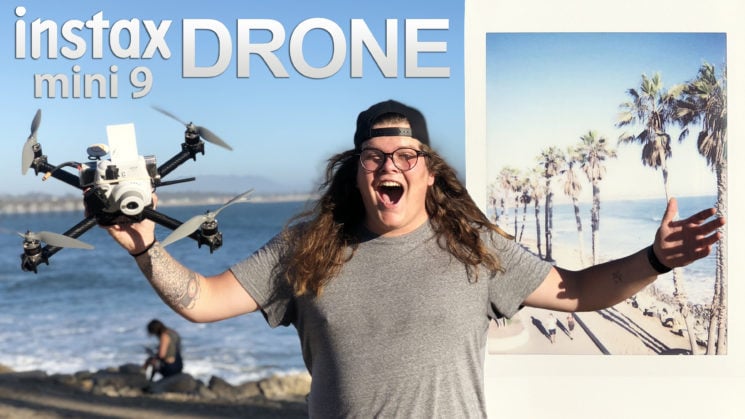 Have you ever seen instant aerial photos? I know I haven’t. This is why I was fascinated when I saw a project by aerial cinematographer Trent Siggard. He mounted an instant camera onto a drone and brought the world of instant photography and aerial photography together. In the article below, you can see how he did it and check out the awesome photos he took with this unusual build.

But first, why would you put an instant camera on a drone? Trent says: just because it’s ridiculous! If you ask me, it’s a reason good enough, but there are two more. He wanted to be more intentional in what he shot and to give himself a challenge. So, Trent got to work.

He had an extra 500mm quadcopter frame which was merely collecting dust. So, he got it flying and mounted a Fujifilm Instax Mini 9 camera onto it. There were, of course, some challenges to overcome. For instance, he only had about 2mm to spare in-between the camera and the 11” propellers. This made it very difficult to mount the camera as Trent had to remove it after every 10 photos and put in a new instant film cartridge. But he ended up using a dual lock to mount the camera in a way where it was removable and used some rubber band reinforcement to hold the top of the camera back. 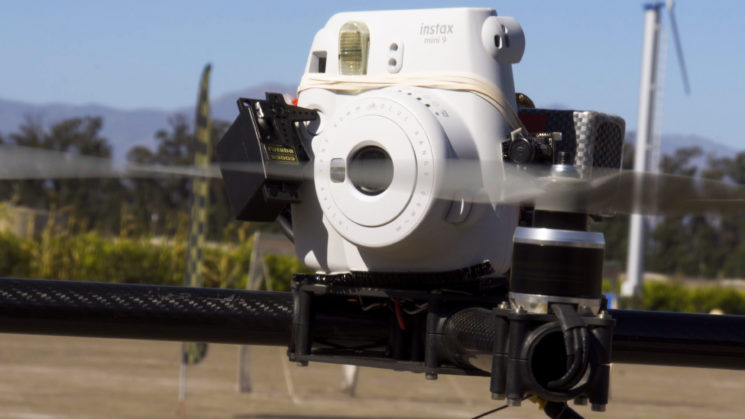 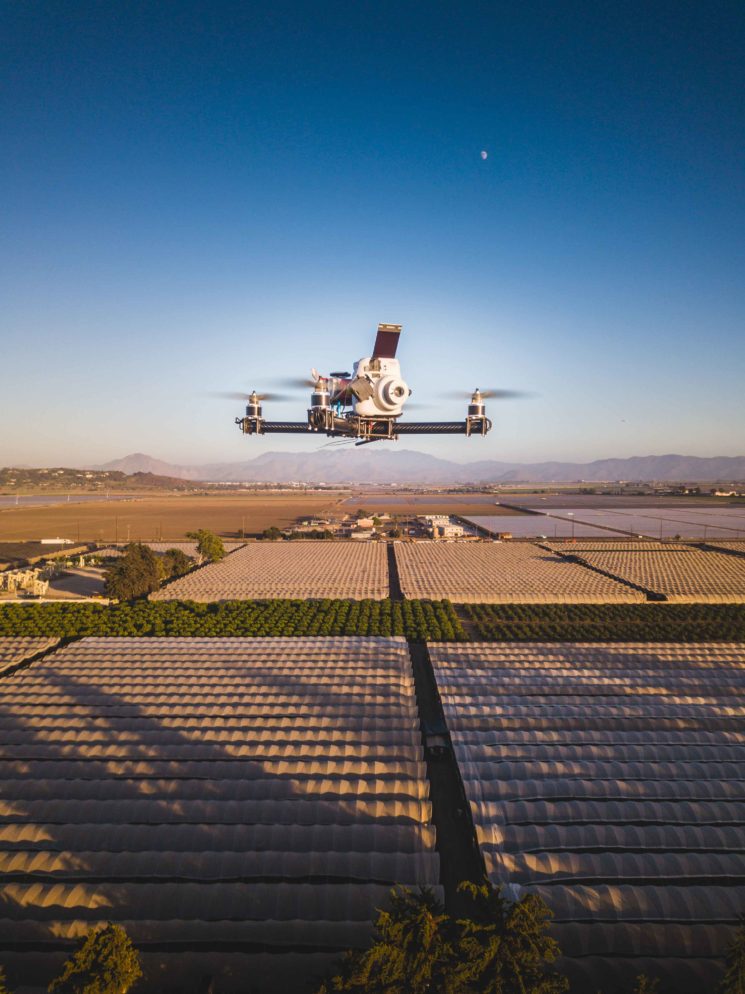 Since the shutter speed is 1/60th and the flash always fires on the camera Trent mounted onto a drone, there were illuminated propellers in some images. Trent dealt with it DIY style – he added a bit of tape over the flash. Problem solved.

Trent even made a reference monitor so he could have a rough idea what he was shooting:

“To have a reference of what the camera was seeing I used a standard FPV camera attached the side of the Instax with dual lock so I could have a reference monitor on the ground and to have a rough idea of what my camera framing was like.” 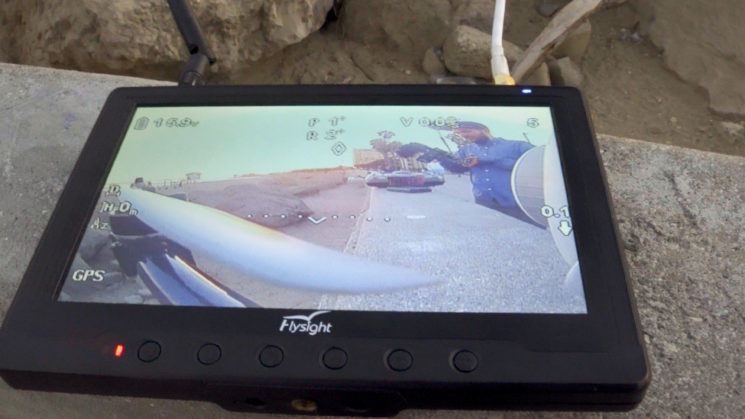 To trigger the camera, Trent glued a Futaba S3003 Standard Servo to it. He plugged it into the flight controller, mapped the servo channel to a spring-loaded switch on the controller, and limited its travel in his remote.

Trent wrote more about his project in this post, so you can learn more details about how the whole thing was built and used. And of course, make sure to watch the video, too. And other than unique instant photos, what did this project mean for Trent? Well, first of all, it was fun. But also, it made him slow down, think, and shoot one image at a time. 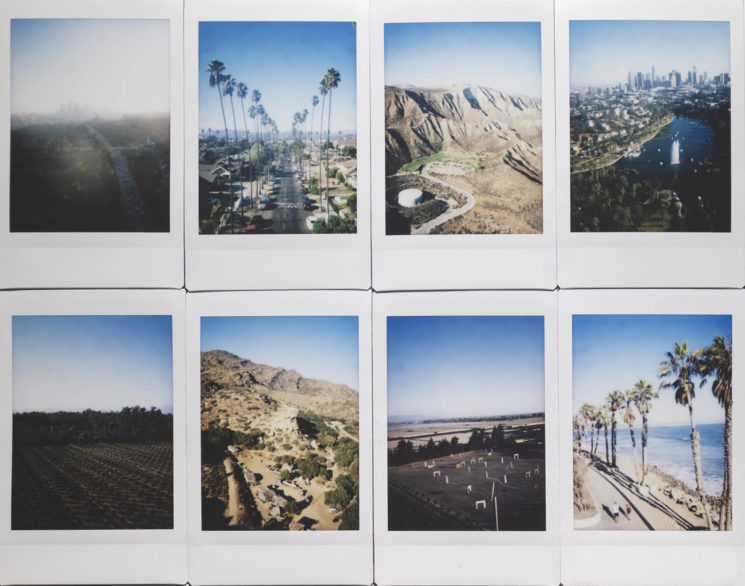 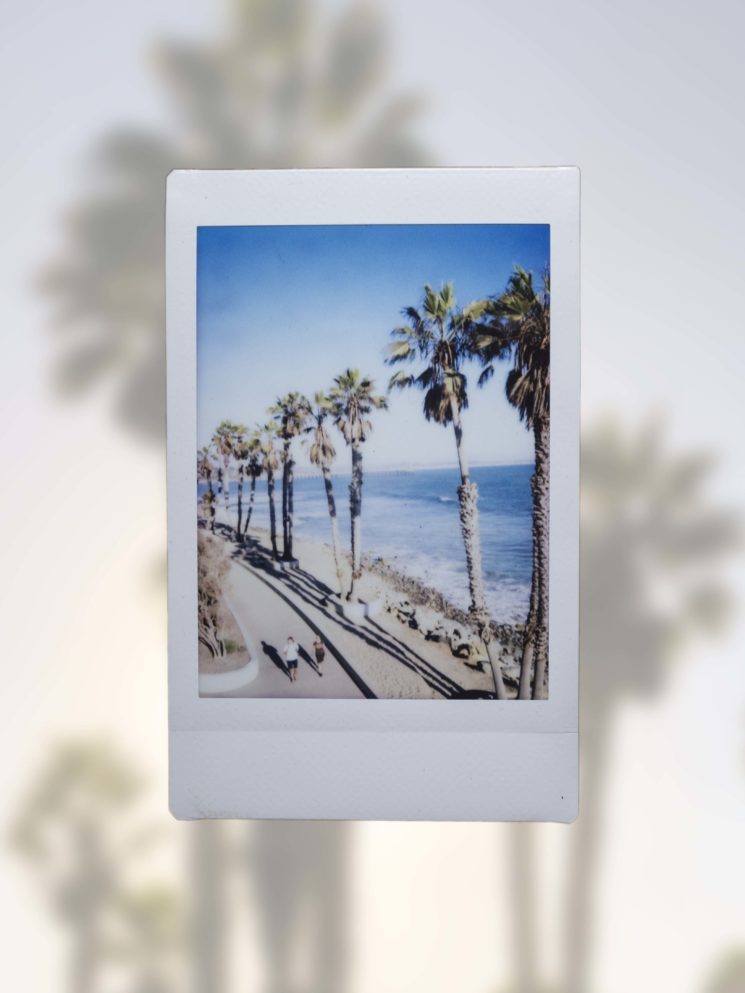 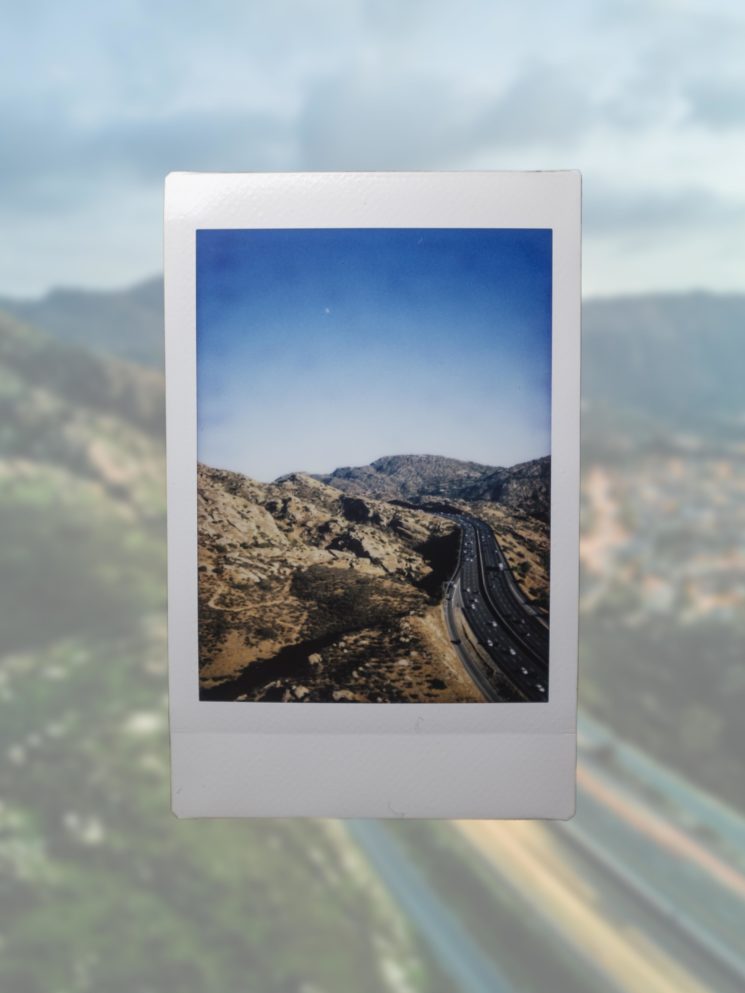 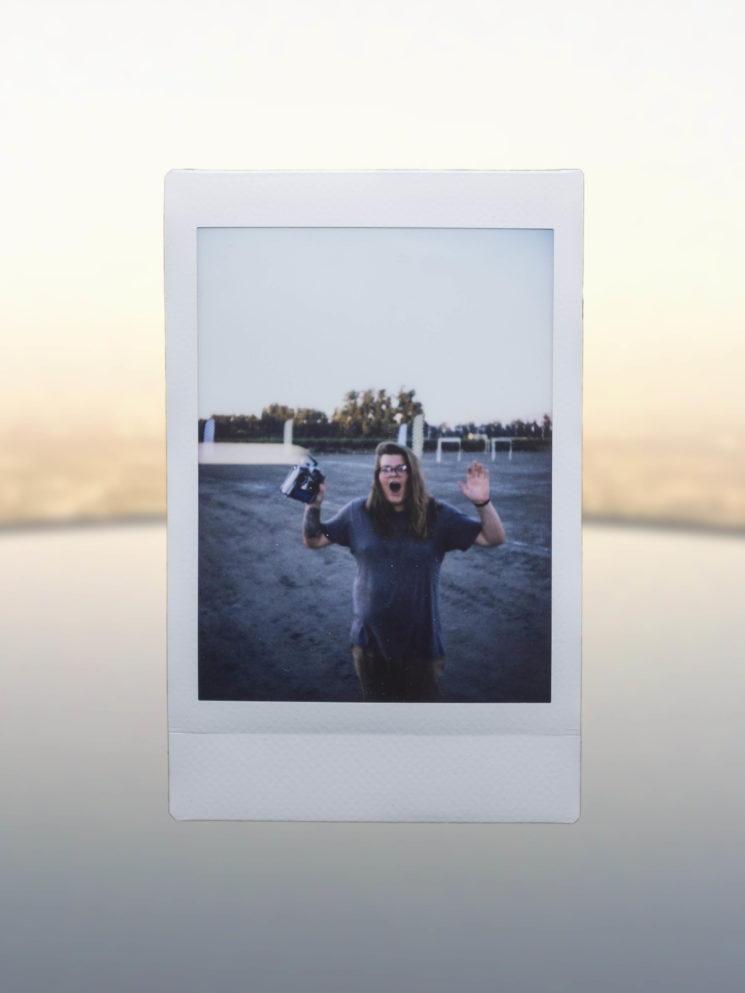 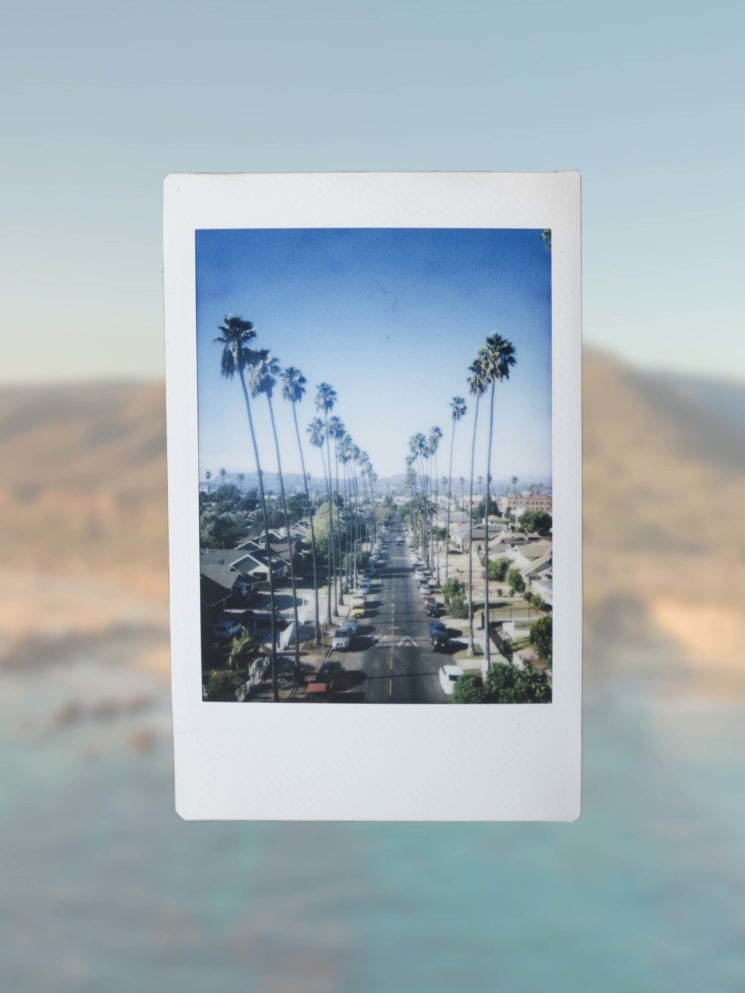 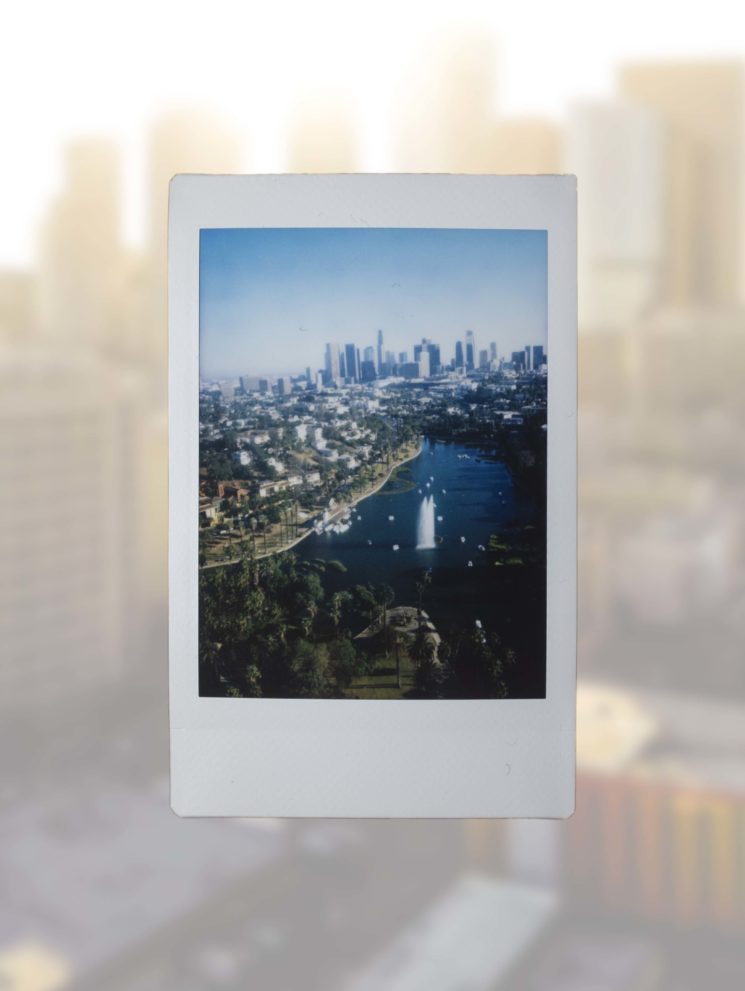 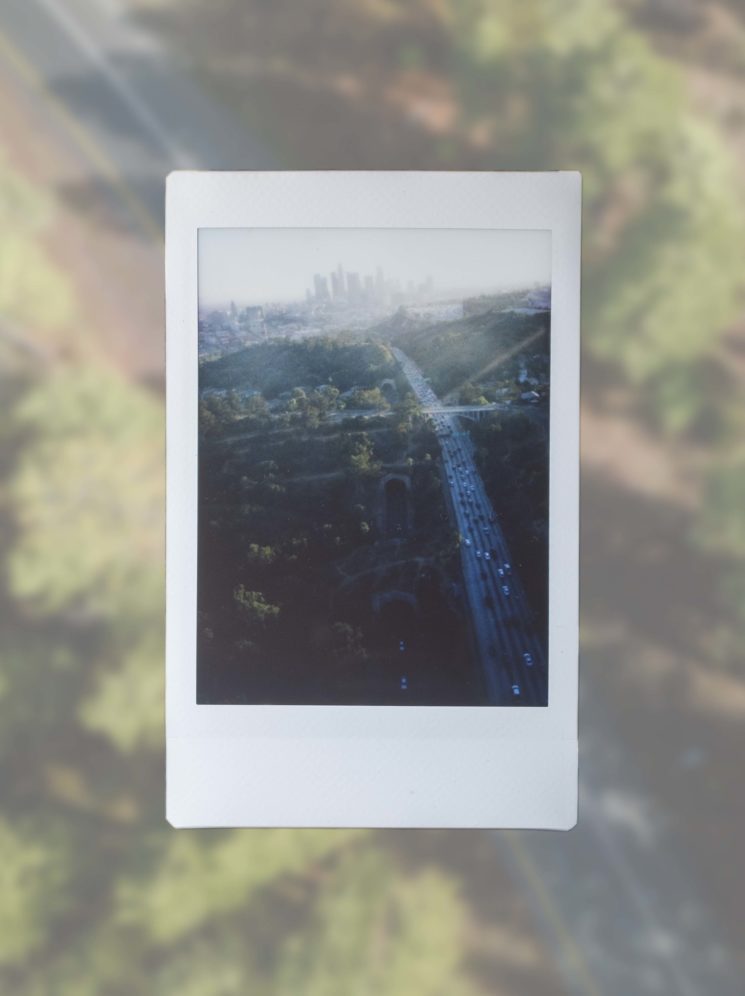 No drone? This is how to fake aerial shots with your phone