Reveni Labs, the company responsible for the tiny on-camera light meter for old SLRs that don’t have one built-in is back. And they’ve brought a new meter with them. This time it’s a still-tiny-but-not-quite-as-tiny-as-the-original-meter spot meter – once a very common tool amongst film photographers, particularly medium and large format landscape shooters, and one that’s still built into just every DSLR and mirrorless camera today.

And, yes, there are companies like Sekonic still producing excellent spot meters, but they’re not exactly cheap. Even older, used ones can still be fairly expensive. Reveni Labs’ goal with this is to print the price down to a more manageable amount for those who don’t need the advanced capabilities of more expensive meters.

The new spot meter offers a ~1.5° spot, which gives a 6″ (15cm) diameter circle at a distance of 20ft (6m). Interestingly, though, this meter forgoes the optical viewfinder, common to many other spot meters in favour of a two-eyed approach. The meter has an OLED display inside it, and a target, and you use your other eye to view your scene. Your brain essentially overlays one over the other to know what surface you’re metering from. 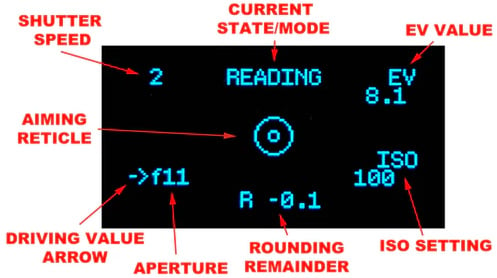 It does seem like an odd approach to anybody who’s used to using a more traditional spot meter, but as you can see, the lack of optics allows the meter to be extremely small indeed and very lightweight. 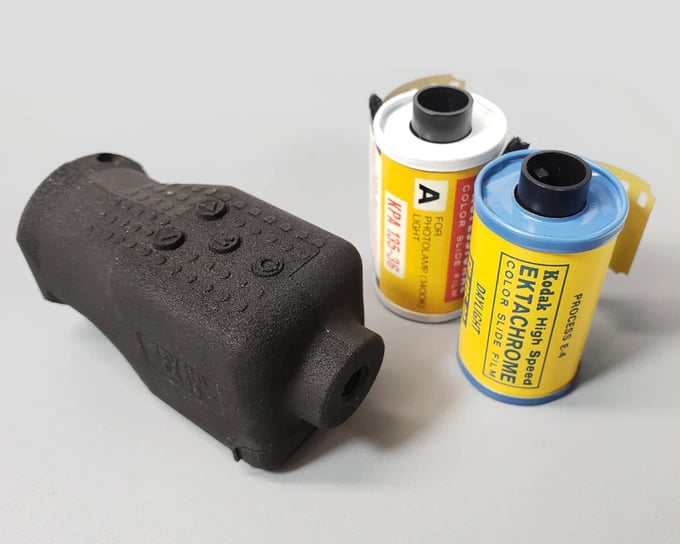 Being so small, it doesn’t have huge battery requirements and is powered from just a pair of small LR44 coin cell batteries in a draw that slips in along the bottom of the unit. The simple device only contains four buttons on top, for power, sampling, comparing and sifting through menus. 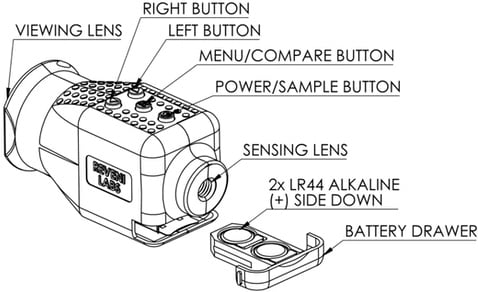 You can take a single reading, compare two readings or make a 2-spot average to find the middle ground exposure for your entire scene between the brightest brights and the darkest darks.

It’s a cool concept, and if I didn’t already own a Sekonic L758DR I’d probably back this one myself. Their last Kickstarter campaign was a great success and by all accounts, it was delivered to every single backer as promised. So, chances are, this one will too. But, this is still a crowdfunding campaign, so take that into account when you decide whether or not to pledge.

You can find out more over on Kickstarter, where pledges start at CA$225 (about US$175).