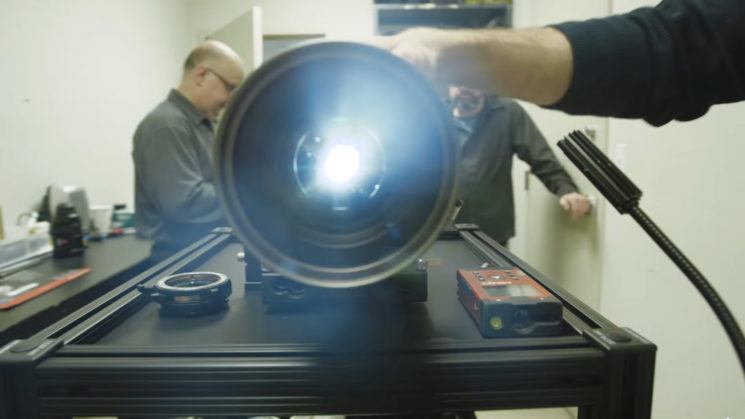 When most of us are testing out new lenses, it’s often a very subjective thing. And our testing exercises are rarely very scientific. In fact, we may not even notice some issues until we’ve had a lens for a few months. Then, one day, the problem pops up, clear as day. For cinematographers that rely on a certain level of technical excellence in the equipment, though, it’s a big deal.

They want to know that a lens can stand up to the task. That multiple lenses used to shoot a scene from multiple angles are consistent. Rental houses also want to be sure that equipment comes back to them in the same condition as when it left. So, they take things a little more seriously. This video from Cinematography Database shows off some of the process, and what they’re looking for when testing.

Their method of testing works in the exact opposite way that most of us test our lenses. We may photograph a flat grey surface to check for vignetting, or a chart to check for sharpness. Here, though, the lens works in reverse. Rather than gathering light from the scene and focusing it onto the camera’s sensor, the lens is mounted on a projector. Light shines through a test charge, and is then magnified onto the wall by the lens.

The lens projector shown in the video is made by Cooke Optics. Which makes sense. They also produce some of the best cinema lenses in the world. So, they want users to ensure they’re always up to par. 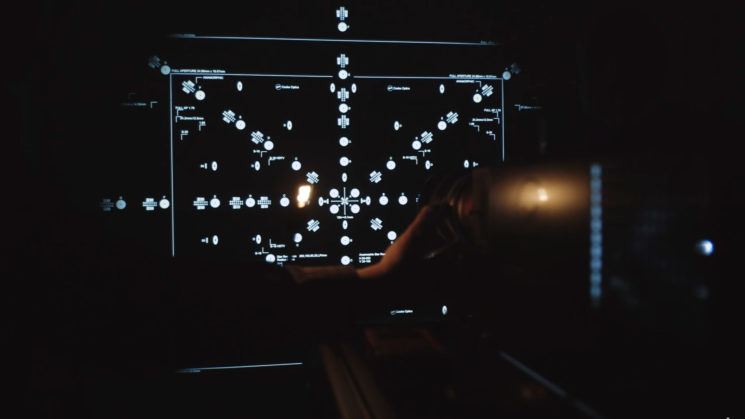 This method of projection offers a greatly enlarged view of the test chart. It also allows them to take the camera completely out of the equation. An advantage that many of us do not have. When you add to this that they can quickly and easily see the effects of changing things in realtime, it makes a whole lot of sense.

Focus breathing is a big issue with many photography lenses. It’s one of the big advantages of cinema lenses. But it does still happen on cinema lenses occasionally. This lets them easily determine whether lenses may suffer from this, and other “imperfections”. Matt does say in the video, however, that just because a lens may have imperfections it doesn’t mean it’s a bad lens. Especially as many cinematographers today look for some of these imperfections to add character to the footage.

Edge to edge softness can also be tested quickly at all apertures. As can the different zoom settings. They also quickly get to see the image circle the lens is able to capture. This last bit is handy if one deals with both Super35mm and “Full Frame” Vista Vision sized sensor cameras. You need to know what will work with what.

While tests like these might be out of reach to most of us, it’s an interesting insight into the world of higher end cinema.