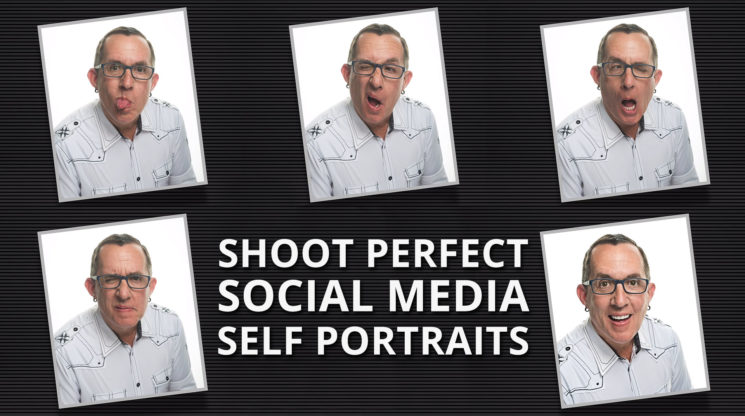 These days, social media is a huge part of one’s branding. It needs to represent who you are as a person and a company. There needs to be consistency between Facebook, Instagram, YouTube. It needs to convey who you are, either as an individual or as a company, and your personality.

Photographer and YouTuber, Joe Edelman recently had to update his social media profile photos after acquiring a new pair of glasses. Joe treats this task as he would any headshot shoot for a commercial client. Because that’s essentially what he is. His own commercial portrait client. In this video, Joe walks us through his process, with some great tips, whether you’re shooting for yourself or somebody else.

Joe begins by defining the brief.

The big difference when shooting yourself, as opposed to a client, is that you’re not looking through the viewfinder to line up your shot. So, you may end up shooting more than you need to, in order to really get what you like. To make life easier, Joe shoots his Nikon D810 with 50mm f/1.8G lens tethered to Capture One running on a laptop.

This way, after each shot is taken, Joe can take a quick look at the photo, readjust, and fire off another shot. 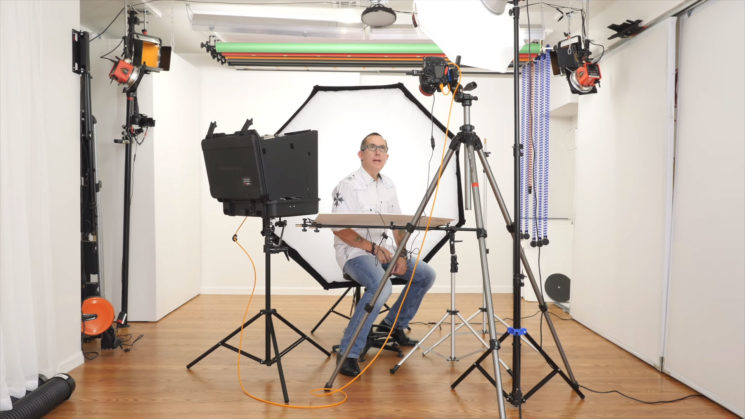 Joe wants a white seamless for his backdrop. But as it’s only a headshot, and not full length, he doesn’t have to go to the hassle of lighting a whole backdrop. Joe simply places a strobe in a large octabox behind his head. This also serves to help produce a rim light on the sides of his face as well as a hair light. The key light is a second strobe firing through a 33″ shoot through umbrella. Joe also added a reflector in front of him, below, to bounce a little light back up to fill in the shadows.

As Joe takes each shot he checks for focus and composition. To adjust, he places a light stand at the point he was sitting to give him something on which to focus, and get a relative viewpoint for framing. If all there was in the viewfinder was the white surface of the octabox in the background, you’d have no context for reframing at all. 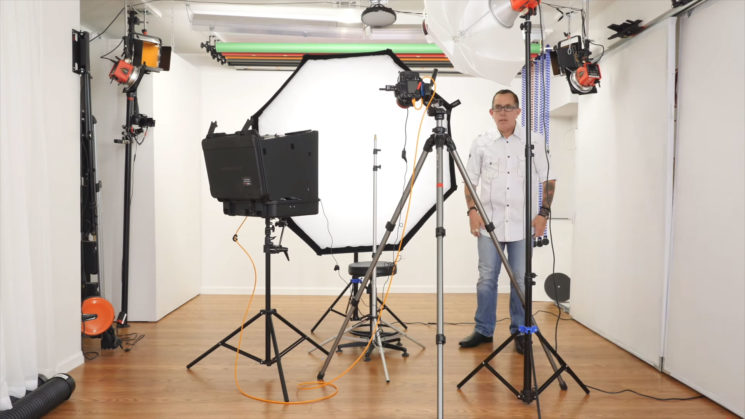 Shooting at f/9, that slight difference in distance between the light stand and Joe’s face is all still sharp and in focus. If you want to shoot with a shallower depth of field, another option is to shoot tethered with liveview to a tablet. We’ve shown this method before in another post from an entirely different Joe. For Joe Edelman, though, the shallow depth of field look wasn’t going to work. So, f/9 it is.

Even Joe’s expression is specifically tailored for the shot. The energy he displays on his YouTube videos and his in-person speaking engagements needs to come across in his profile & marketing images. Joe hates big cheesy grins, and they’re not what he wants to represent his brand. So, he goes with an excited and energetic open mouth smile. Here’s Joe’s old photo, that he’s been using for several years, alongside the new. 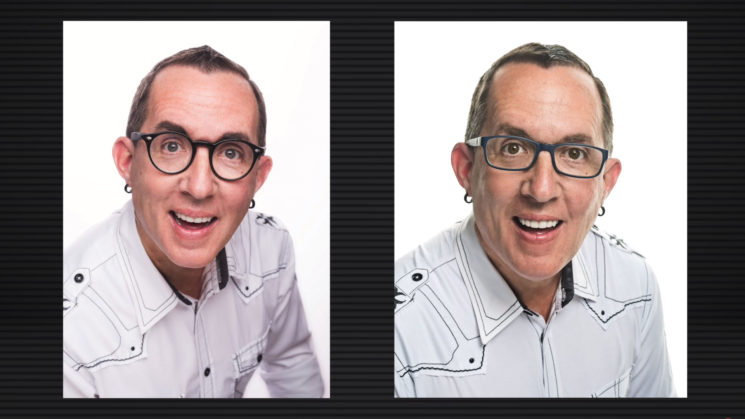 Joe’s not suggesting that his setup is the perfect or even correct way for everybody to shoot their image. But explaining his thought process provides us with tips for thinking about our own needs and process. That’s something you have to think about when shooting your own self portraits. Both how you want the images to represent you or your business, as well as the technical considerations.

There’s a few other portrait clothing tips in Joe’s video, that can be very helpful depending on what you shoot. I know I’ve used some of these tricks myself when I’ve had to appear in front of the camera, and I’ve had subjects do the same, too.

So, if you use your social media for business promotion, have a think about your next self portrait. How do you want it to represent you?