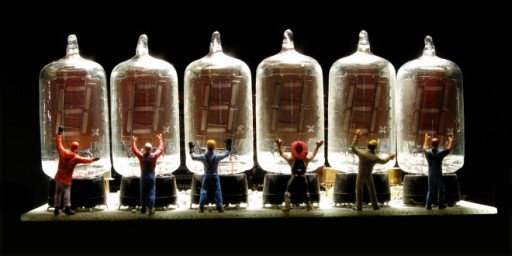 Portland based Photographer, Mark Crummett, explores the internals of modern calculus machinery… His pictures explore the relations between men and machine, depicting the possible world that may live inside them.

About How He Came To Photographing This Series

I am a 58-year-old photographer in Portland, Oregon. I’ve been a newspaper/military/academic/freelance/fine art photographer for 40+ years, but I came to this series by way of sculpture. My father, Clovis Crummett, (also a writer and photographer) created assemblage art from found material, a la Joseph Cornell. I started doing similar work using technological castoffs- circuit boards, hard drive platters, wire bundles and such. I would often have a board or widget that I didn’t have an immediate use for, but gosh, it was a nice looking bit of tech! I started taking pictures of them. The little people were left over from a long-forgotten project, but fit perfectly with the tech stuff. (The bunnies that appear from time to time took a similar route.) I started the GitM series in 2006. 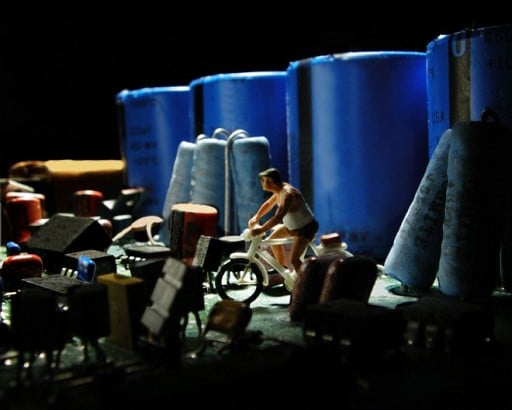 About Ghosts In The Machine

It’s a cliché to say circuit boards look like cities, but if you look at them with the right kind of eyes, they have a certain architectural quality. I use HO-scale model railroad figures. At 3/4”/1.9 cm tall, everything you put them next to becomes monumental. Power supplies become industrial sized installations. Circuit boards stretch off to the horizon. Heat sinks become the size of a house. 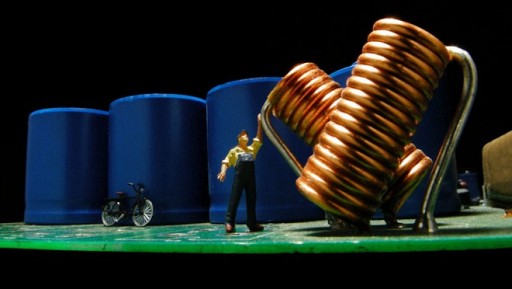 A Ghost picture typically starts the same way an assemblage pieces starts for me- with One Cool Thing. I’ll find a board or a heat sink or something that catches my eye, and start thinking about who will interact with it, and how. I often turn to my growing cast of characters to see what stories they want to tell. If nothing clicks there, I turn to model railroad catalogs to find an appropriate figure. Occasionally, a figure starts the process.

Once the character and the setting come together, I start playing with camera position, lighting and exposure until an image clicks. The important thing with shooting miniatures is to get down on their level. See their setting from their point of view. Too often I see photographs of miniatures shot looking down on the scene, with flat, boring lighting. Remember, you’re lighting a set. It may fit in the palm of your hand, but it’s a set none the less. I love back lighting. I use it to give the scene the maximum amount of visual depth.

I almost always try to use maximum depth of field. I’m doing the opposite of tilt-shift photography- I’m trying to take a miniature scene and make it look real. 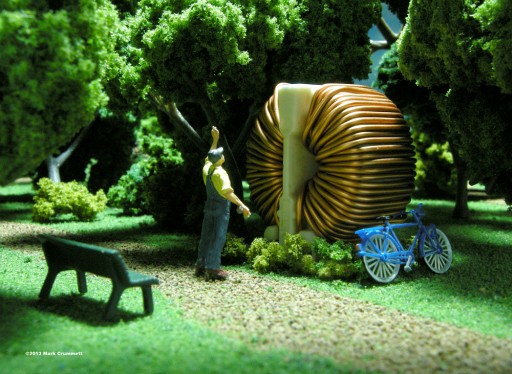 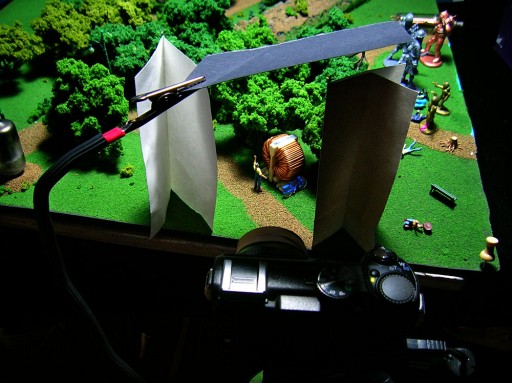 About The Gear Used

So far, the Ghosts have been shot with a former top-of-the-line Nikon point & shoot camera, the Coolpix P5100. I like it primarily because it focuses very close, and with its auxiliary wide angle attachment, has a tremendous depth of field. I used wide angle lenses extensively when I was a newspaper photographer, as it really helps to put the viewer into the scene. The Coolpix is also very small, so fits into small sets and layouts easily. I’m not really an equipment guy anymore, so have only recently become aware of things like focus stacking. I’m looking forward to trying it with my DSLR and its bigger sensor!

I use a home-made camera stand in my studio. I was using an old Quickset tripod, but the stand lets me quickly change to some extreme angles. I shoot “semi-tethered.” The camera is attached to an LCD TV to facilitate composition, and I save to a 2GB Eye-Fi wireless card which sends the images to the studio Macbook. 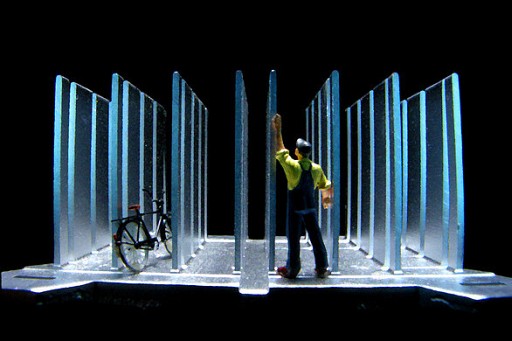 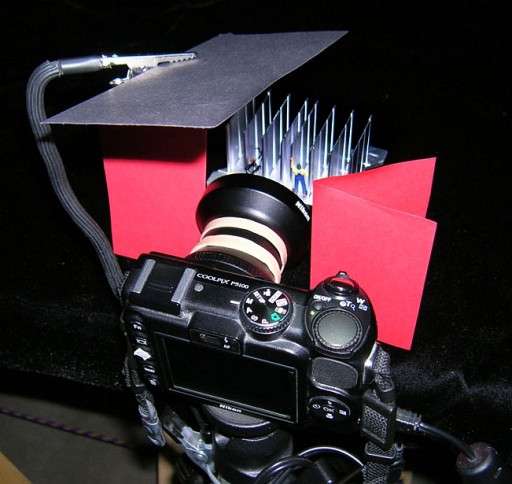 When I first started the series, I printed them as straight photographs, with no manipulation. But they looked like…little plastic people on circuit boards- far too literal for what I wanted to do. I started working them over in Photoshop to knock off the hard edges and give them a more painterly, unreal quality. In later work, I backed off the Photoshop work to give them a more realistic look.

I do all the usual stuff in Photoshop- cropping, sizing, tonal correction. I apply a selection of filters (Dust & Scratches, mostly) to knock off the hard plasticy edges of the figures and the backgrounds. 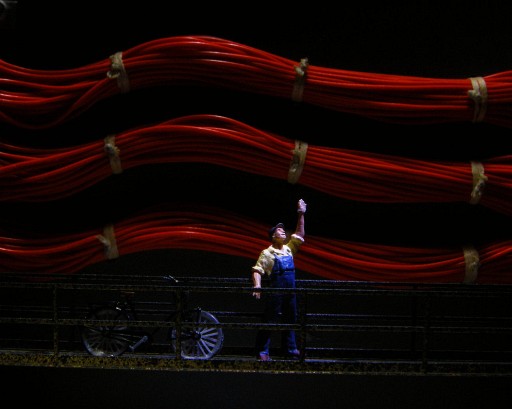 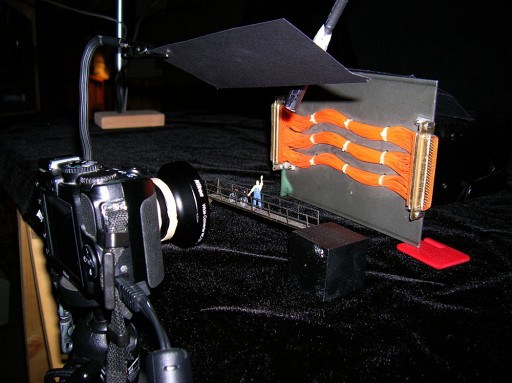 I love the frisson that happens when you first look at the Ghosts. “That’s a person…, but that’s a circuit board! But the board looks huge! Wha…?” There’s an almost physical stutter as your brain tries to make them fit into reality. I initially printed them pretty large, 20×30 or so, to further jam the sense of scale. 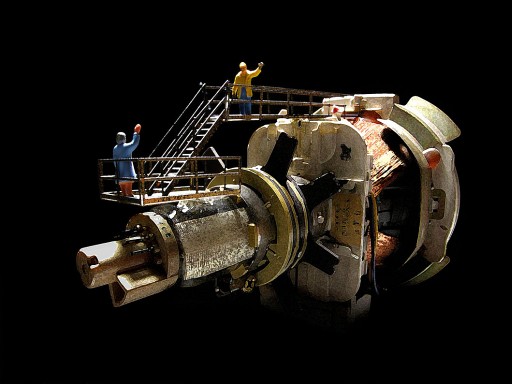 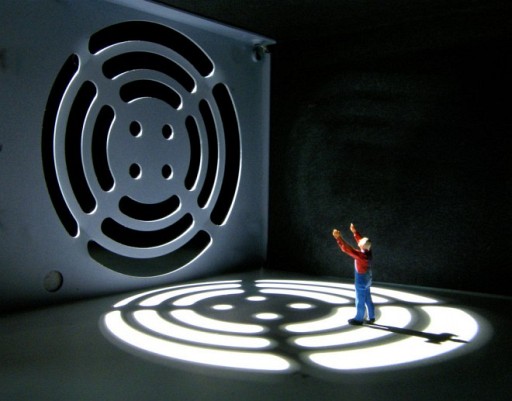 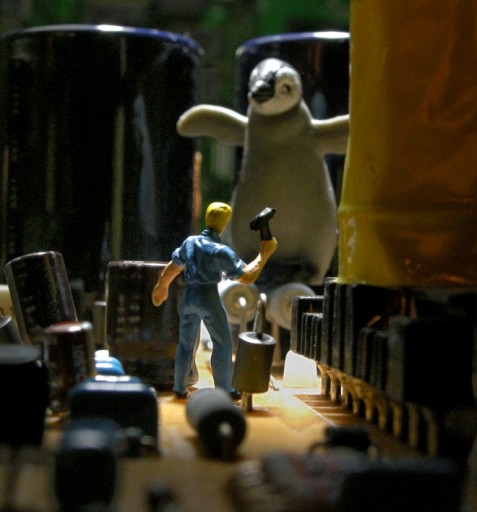 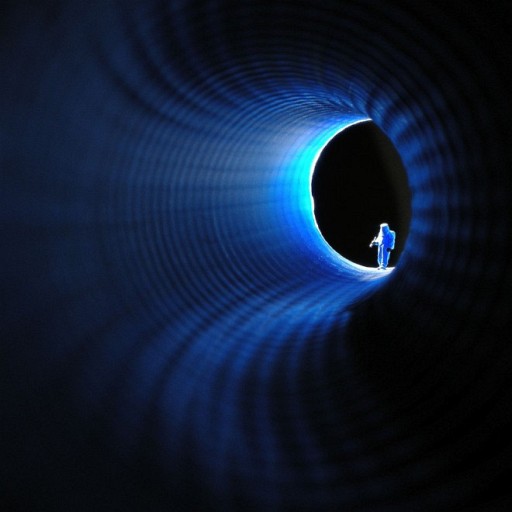 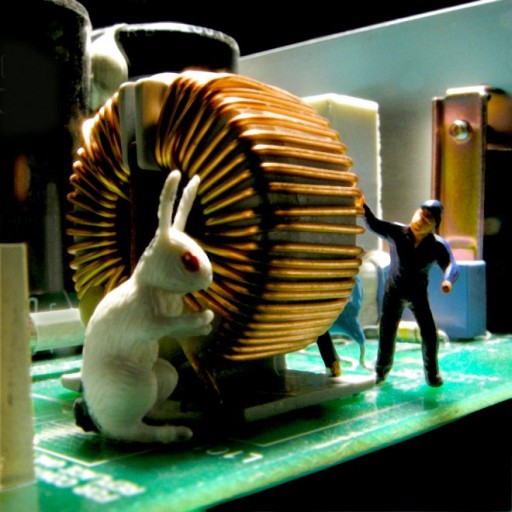 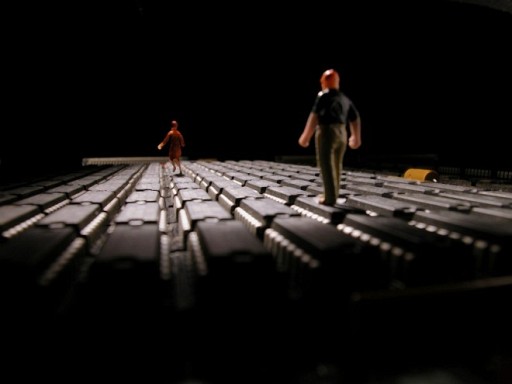 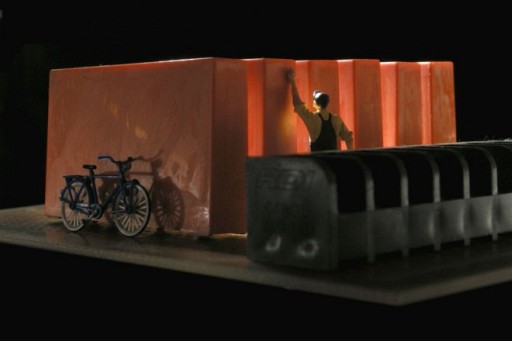 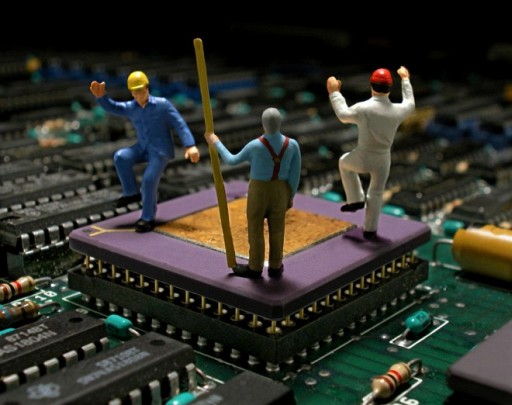 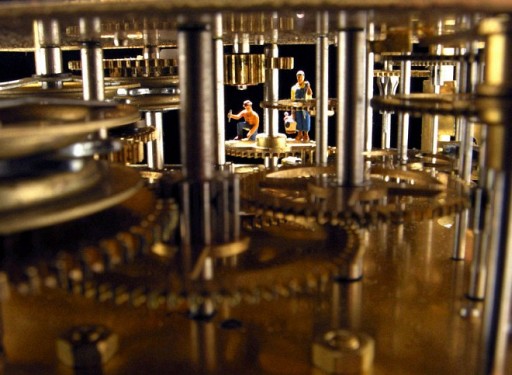 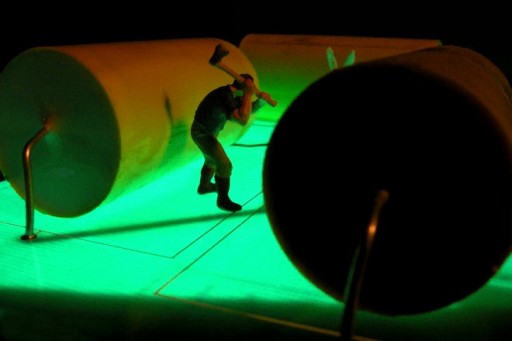 If you fancy this miniature concept, we recently shared the works of Slinkachu and Cera Hensley who also use miniature models for creating elaborate imaginary scenes.

[Ghosts in the Machine | Mark Crummett via Wired]

Taking Pictures On The Freezing Planet Of Hoth