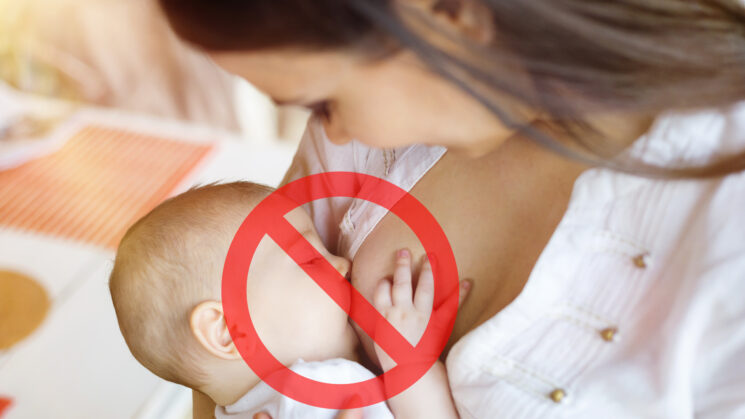 Photographing a breastfeeding mother in public could soon land you a fine in England and Wales. After a petition from a woman who was photographed without consent while breastfeeding, this act will soon become illegal.

The story began last year, so let’s start with a little recap. Back in April 2021, Julia Cooper was feeding her baby daughter in a local park. “As I was breastfeeding, I noticed a man on another bench staring,” she said. “I stared back to let him know I’d clocked him, and that I wasn’t okay with his gaze.” She claimed that the man proceeded to attach a telephoto lens and kept taking photos of her and the baby. When she later asked him to delete the photos, she reportedly refused because “it was his right to photograph [them] as [Cooper] breastfed because [they] were in public.”

Cooper spoke to the park warden, but they couldn’t help. Later that day, she spoke to Greater Manchester Police, but they told her “no crime had been committed and there was nothing they could do.” All of this led to a petition that Cooper started in June last year, asking to “make this disturbing act illegal.” Nearly 30,000 people have signed it at the time of writing this, and at 35,000 signatures, it will become one of the top-signed petitions on Change.org.

Cooper also contacted her local Labour MP Jeff Smith and his colleague Stella Creasy. Creasy was in a similar situation when a teenager photographed her while breastfeeding on a train when. She told the BBC that it was a “horrible experience” that made her feel “so self-conscious”.

Smith and Creasy took the campaign to the Commons and put forward an amendment to the Police, Crime, Sentencing and Courts Bill in June. Along with the petition, their efforts call for a change in the law – which is now going to happen.

Government minister Lord Wolfson of the Ministry of Justice is putting forward his own amendment to the bill in the Lords. It will make a new offense of “recording images of, or otherwise observing, breastfeeding without consent or a reasonable belief as to consent,” the BBC writes. Anyone who acts “for the purpose of obtaining sexual gratification or of humiliating, alarming or distressing the victim” will be found guilty.

“It is a victory for breastfeeding mothers and it will provide the reassurance that we can breastfeed in public without strangers freely photographing and filming us as they wish, Cooper said. “The law is on their side, the law is going to protect them and I am so pleased.”