Photographing a group of people on large format wet plate needs a lot of power. Even with a relatively wide f/5.6 aperture, with an ISO of around 0.5 that still needs a lot of light. How much light? Well, around 7500 watt-seconds to be precise.

That’s how much power photographer Markus Hofstätter used for this group portrait of Austrian rock band The Black Proteus. Although, surely being photographed on wet plate makes them a metal band now? 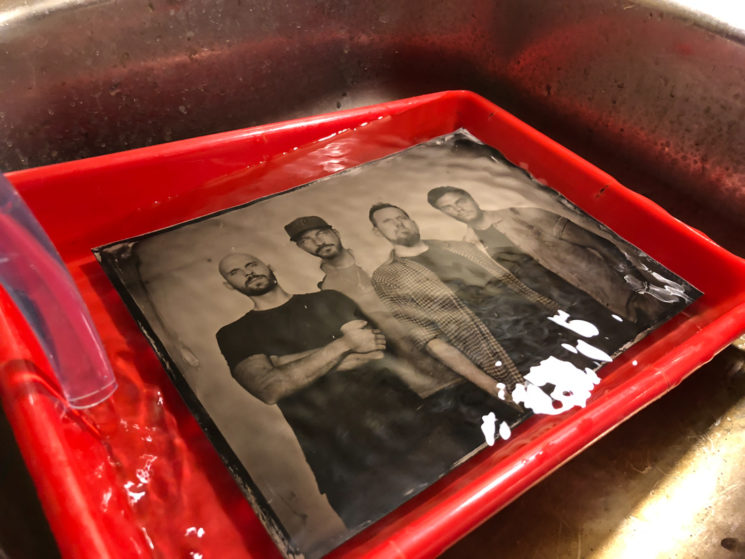 Despite using a 100-year-old camera to record the image, the lighting Markus used was anything but old tech. His key was a Hensel Tria 6000 pack with an EH Pro 6000 head for maximum power output. A Hensel Integra 1000 Plus was then bounced off the ceiling for some fill, along with a 500Ws compact strobe to light up the background.

One particularly interesting thing about this shoot was one of the subject’s tattoos. Wet plate collodion typically removes any evidence of tattoos from skin, as illustrated perfectly by the Puaki project. In this instance, however, the tattoos needed to remain. 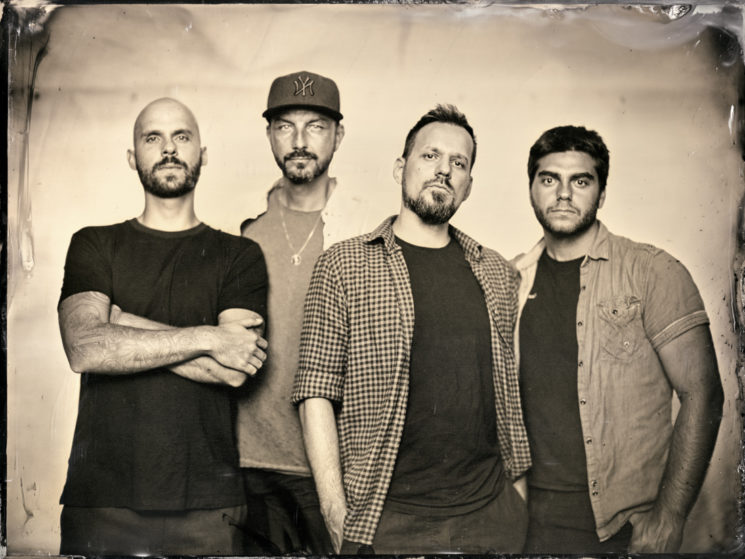 Although not quite as contrasty as in real life, the tattoos haven’t been completely eliminated. Markus’ technique for this was essentially the same as that used when pushing film to a higher ISO. You underexpose the shot and then increase the development time to compensate. As Markus explains…

Wet Plate Collodion is mostly sensitive to blue light. That means that this spectrum gets brighter on the plate. Tattoos (especially black tattoos) seems to have a lot of blue and green tint in the color and appear pretty bright on a tintype. With the technique mentioned above, I’m able to increase the contrast and so you are able to see them.

The wet plate tintype measures 23×18 centimetres (9″ x 7″), but contains a whole lot of detail. To give you an idea of just how much detail, here’s a close up of that tattooed arm. 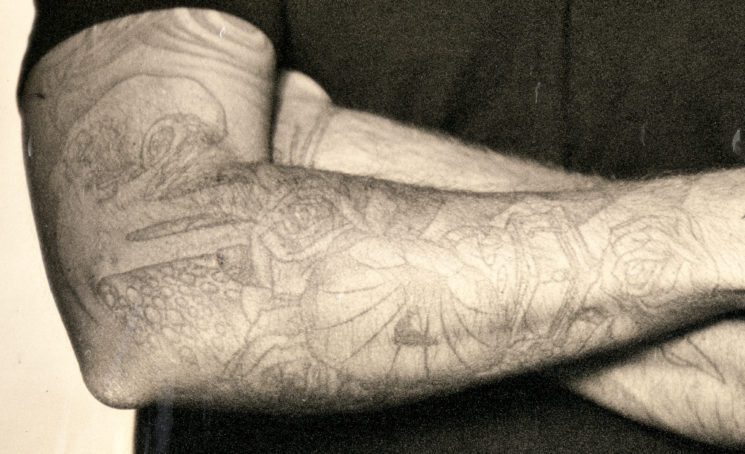 I always find it interesting to see Markus’ work, as well as to watch him work. I’m fascinated by wet plate anyway, but he films his videos using an Insta360 ONE. He’s the only person I know who uses a 360° camera in this way consistently. It’s a unique insight into his working process where you really get to see everything important that goes on behind the scenes. 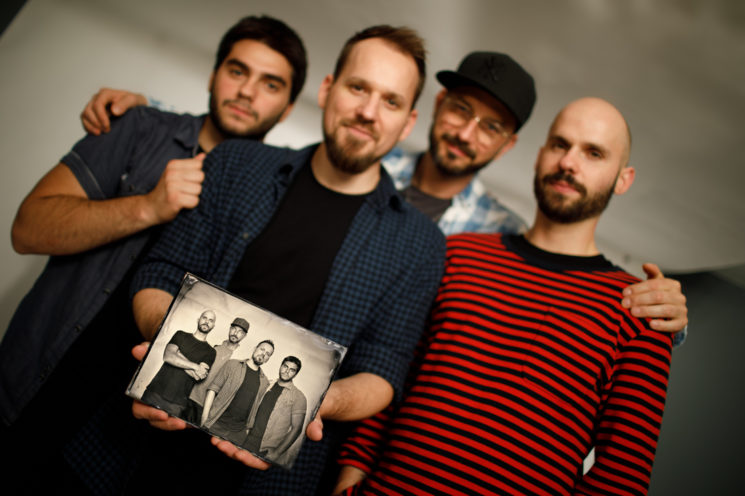 The band seemed to enjoy the process, too.

« Users are reporting issues with SanDisk memory cards in the Sony A7III
The Fringer adapters nail focus every time on the Fuji X-T3, even at 11fps with a 600mm lens »