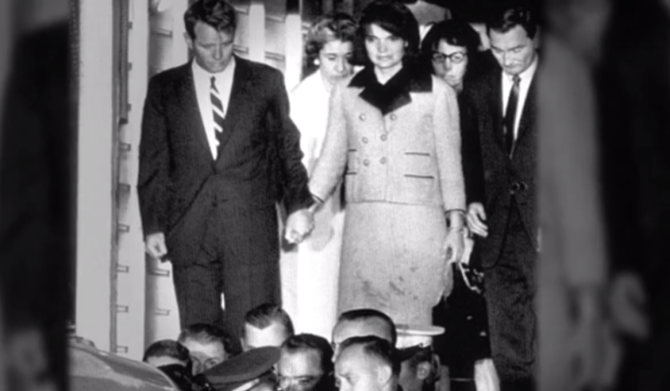 “He would allow people to photograph his most unguarded moments with his family.”

Wally McNamee used to work for Newsweek, a job that took him everywhere from basketball courts to the White House itself. Many of the photos he’s taken over the course of his life have now become a part of history itself, and some of his most important work came from his time photographing John F. Kennedy.

I live in Dallas, and take a drive downtown pretty often. I typically go everywhere within the vicinity, but I barely ever visit the Dealey Plaza. There’s few time’s I’ve gone there, and every time I have it feels strange. It felt strange taking a photograph of Elm Street, knowing that fifty years ago, someone else stood right there photographing the President of the United States get killed.

Wally McNamee was there when the plane carrying Lyndon B. Johnson, Jackie Kennedy, and the body of John F. Kennedy landed back in Washington. He captured the moments when the plane’s doors opened, and Jackie Kennedy stepped out and walked down, still wearing the blood-stained Chanel dress that she wore when her husband was shot. In this interview, Wally McNamee talks about that moment, along with the many memories he shared with John F. Kennedy. It’s a short, emotional, and powerful recollection of a man who got to shoot history.

We Built Our Own World: Wally Pfister and the Cinematography of Inception