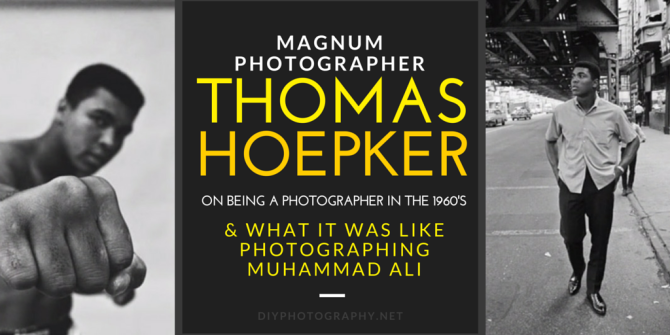 After studying art history and archeology in university, German born photographer, Thomas Hoepker was soon recruited by a magazine where he would assume the role of a staff photographer in the early 1960’s. One of his first jobs after he began working at the magazine sent him on an open ended assignment to the United States where Hoepker and other members of the magazine staff rented a car in New York City upon their arrival and spent 5 months touring around the United States. During that time Hopker amassed a large collection of photographs, all the while sharpening his skills as an image maker.

In the mini-documentary below, Leica interviews the Magnum photographer as he shares some of the stories from that epic roadtrip along with the fascinating story of he was able to capture his iconic photograph of Muhammad Ali. Listen to his insightful wisdom, here:

Iconic Magnum prints on sale next week for only $100