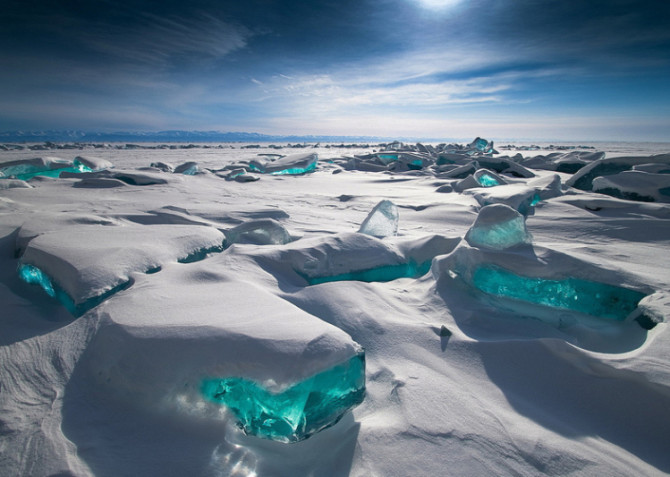 Lake Baikal, located in Southern Siberia, is the largest, deepest, oldest and among the clearest lakes in the world.

Judging by Alexey Trofimov’s photos it is also one of the most attractive.

Every winter when the lake freezes, the crystal clear water forms spectacular slabs of turquoise ice, making the UNESCO World Heritage Site all the more special.

Alexey, a landscape photographer, lives in Eastern Siberia approximately 700 kilometers northwest of Lake Baikal where he likes to spend almost for months each year on photo expeditions.

Late autumn and winter are Alexey’s favorite seasons and he spends 7-8 hours covering the distance between his house and the lake, splitting his time between north (Severobaykalsk), central (Olkhon Island) and South (Kultuk) Baikal.

Each expedition lasts a week or so before the cold-loving photographer heads home to process his photos and prepare for his next trip.

“I have different places on the lake, where there are interesting natural events in different seasons,” Alexey told DIYP. “The most interesting and unusual ice is in the north of the island Olkhon”. He added that on some days he will travel 10-15 kilometers searching for interesting shots of “beautiful ridges and cracks in combination with rocks and coastline”.

Alexey tries to work in places where there are no other people but sometimes he meets “the same madmen photographers like me. Many of them – my friends and acquaintances”. There are [also] tourists who make the journey across the ice of Lake Baikal walking, skiing, skating, dog sledding”, he added. 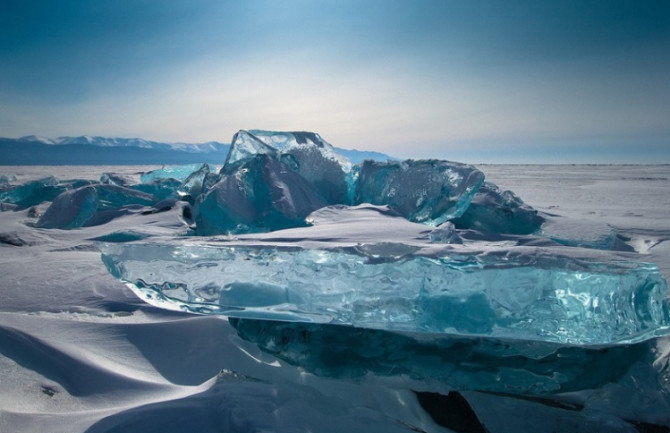 “Baikal has magical properties”, said Alexey and further explained his love for the place:

“I love wild and unique beauty of Lake Baikal and Olkhon Island. Transparent ice, pierced by hundreds of cracks, ice ridges and gaps. Fantastic sunrises and sunsets with the skies painted in different colors, from pink to blood-red and stones covered with bizarre pattern of ice.

The ice is in constant motion, unnoticed by the human eye. This movement is sensed hearing. Baikal hoots, pops, shoots. Sometimes it freezes and becomes completely silent. Sometimes the wind blows with a whistle; here on the lake it is very strong. For a man [visiting] for the first time it’s unusual, and also for me, every time it’s new. You cannot get used to. It’s magic.

It is difficult to relax on the lake during winter. You walk through the transparent ice, and you realize that you above water 500-600 m deep. Baikal [can] hardly be called peaceful. You can love it with all your heart, but it does not like anyone. Life on the lake is harsh and difficult. But, oddly enough, I feel comfortable there. The main thing – there comes a calm soul. A sense of balance”. 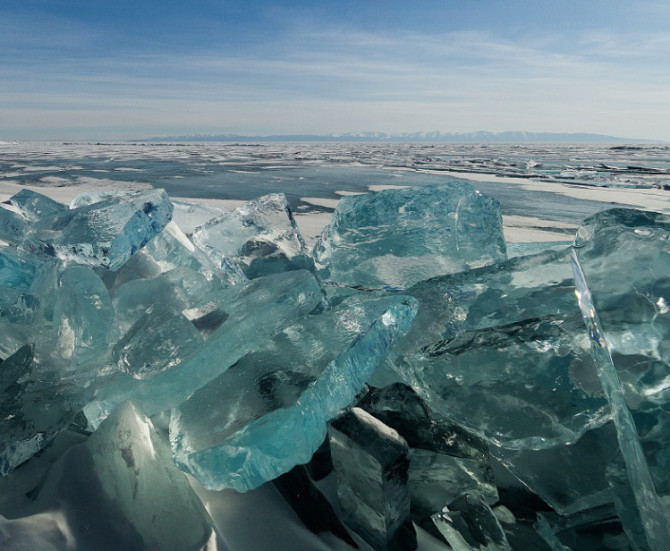 Alexey either travels alone or with his old friend Nicolas Demin, with whom he also travelled to Mongolia, Altai Mountains, Khakassia and China. Nicolas serves as the expedition’s producer and driver.

Canon DSLRs, a 10-24mm, 50mm and 70-200mm lenses are Alexey’s tools of the trade, as well as an occasional ND filter and a tripod in low-light situations.

Concluding the interview Alexey said he gets 5-10 keepers each expedition, with one wonderful picture per day. “I like my pictures, because I put soul in them and a lot of effort and risk”. 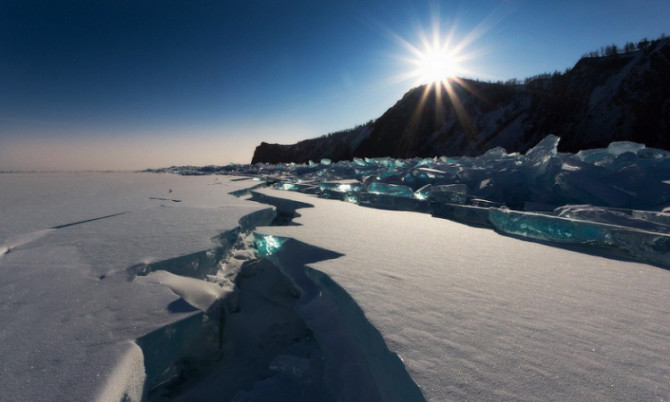