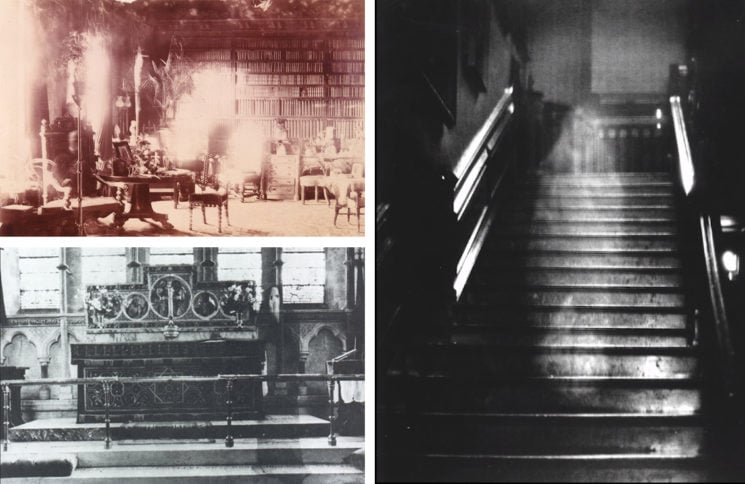 I’m sure many of you were fascinated by mysteries when you were kids. Some of you maybe still are, even though many mysteries from our childhood have been demystified, especially the photos of “paranormal activities.”

Photographer Mathieu Stern turned his childhood obsession into photos. He recreated the three most famous ghost photos that scared all of us when we were kids. In his latest video, he shows the process and the method, some history behind the images, but some fun bloopers as well. Although the video is fun, the final result of the photos brings back the memories of the times when we were still afraid of ghosts.

As you can assume, most of the “ghost photos” are actually long exposure images combined with movement, or in some cases double exposure photos. Mathieu chose the three scary and famous “ghost photos” and gave them a modern twist – he captured them with a digital camera and some DIY tricks for the masks. 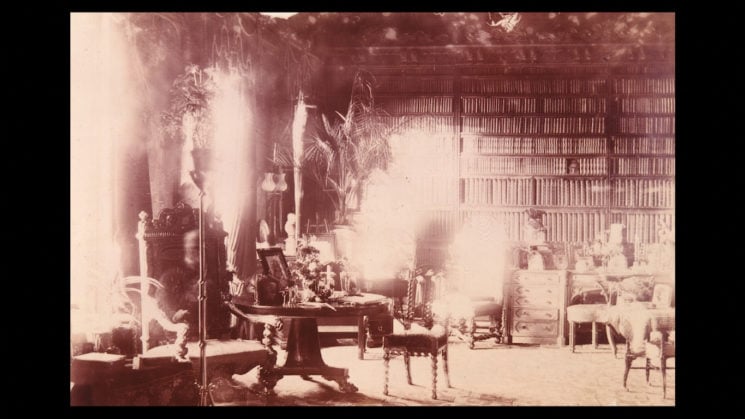 The photo of the Library in Combermere Abbey was taken by Sybell Corbet in 1891. On the left, you can see the man who is reportedly the ghost of Lord Combermere. At the time of taking the photo, Lord Combermere was being buried four miles away.  Sybell Corbet, the Lord’s daughter-in-law, recorded that the exposure lasted for about an hour.

Parapsychologist Sir William Barrett investigated the photo in 1895 and assumed that the ghost was a servant who sat briefly in the chair during the exposure. However, Corbet claimed that all the male servants were much younger, and they all attended the funeral. Spooky, huh?

Mathieu recreated the photo in quite a simple way. He assumed that “the ghost” sat in the chair and moved the legs, which is why they are not visible in the photo. I imagine it looked very silly, but who knows. Mathieu’s friend played the ghost this way, and this is what they ended up with: 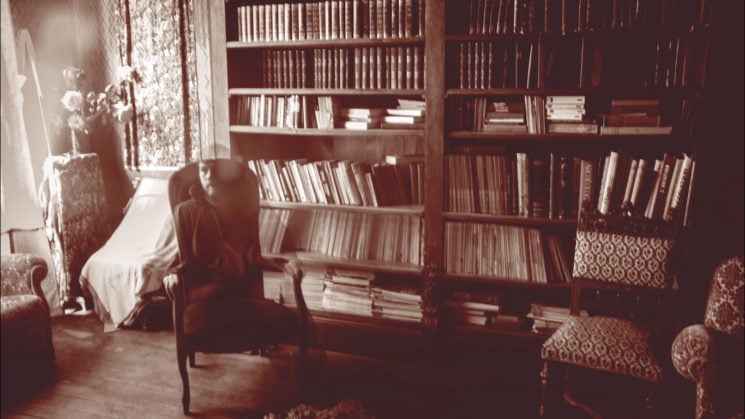 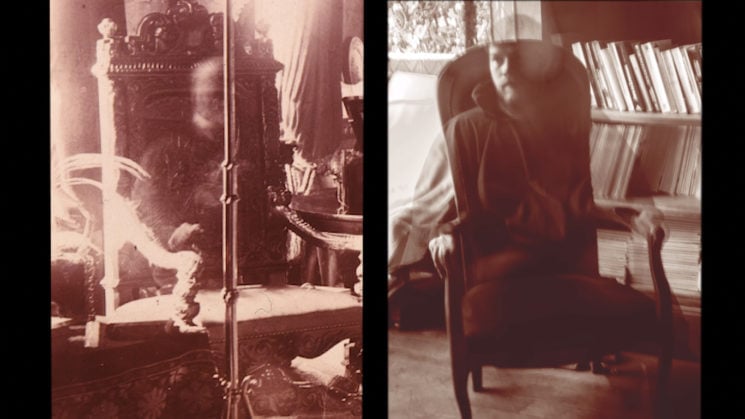 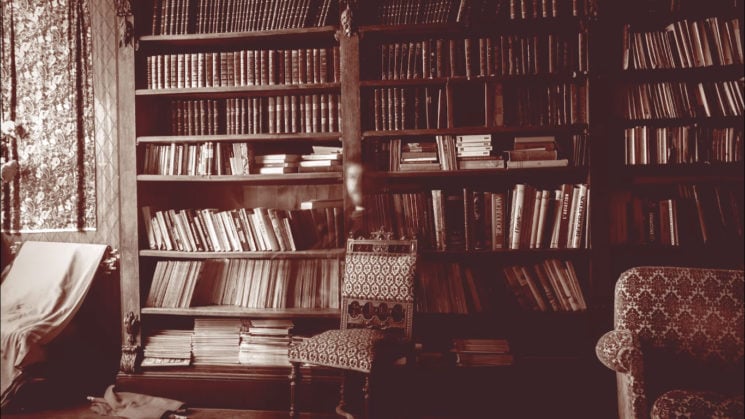 From a different angle

The Brown Lady of Raynham Hall 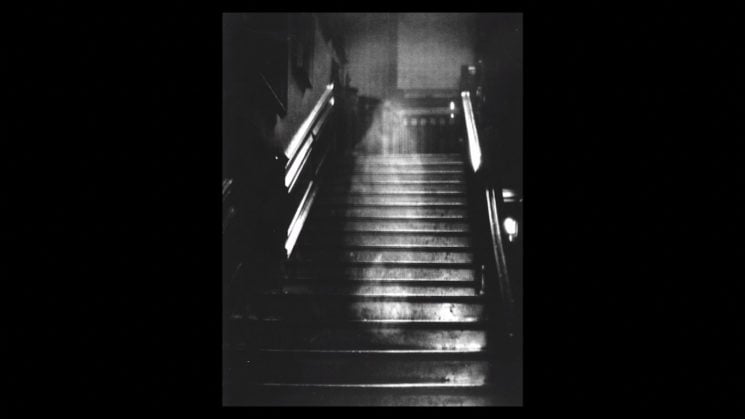 The Brown Lady of Raynham Hall is a ghost which reportedly haunts Raynham Hall in Norfolk, England. The legend says it’s the ghost of Lady Dorothy Walpole, who died in this house from smallpox. The first recorded seeing of her ghost was on the Christmas of 1835. On September 1936, Captain Hubert C. Provand and his assistant Indre Shira were taking photos of Raynham Hall for an article in Country Life magazine. Reportedly, Shira saw “a vapory form gradually assuming the appearance of a woman” on the stairs. He directed Provand to remove the lens cap, while he pressed the trigger to activate the flash. Upon the development of the negatives, the image of the Brown Lady was revealed.

Of course, while some were fascinated and terrified, the others were skeptical. There must have been a way to fake this photo! Mathieu did it, again with a friend’s help. The bearded “Brown Lady” wrapped himself in a white sheet, stood on the stairs and wiggled a bit. During the day, the result was disappointing: 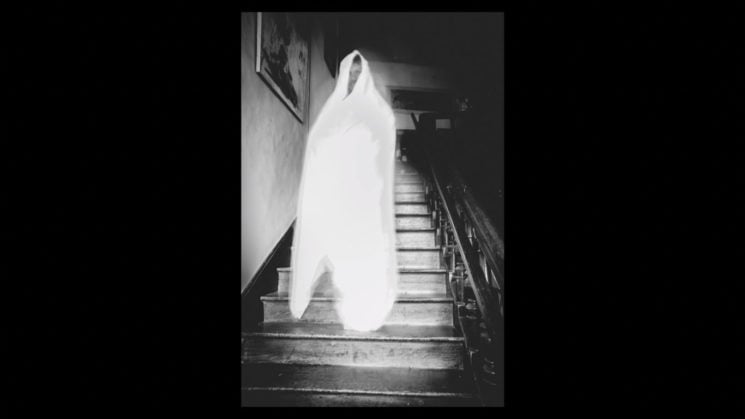 However, in the evening (and with a scary skull mask)… It’s almost as scary as the real thing. 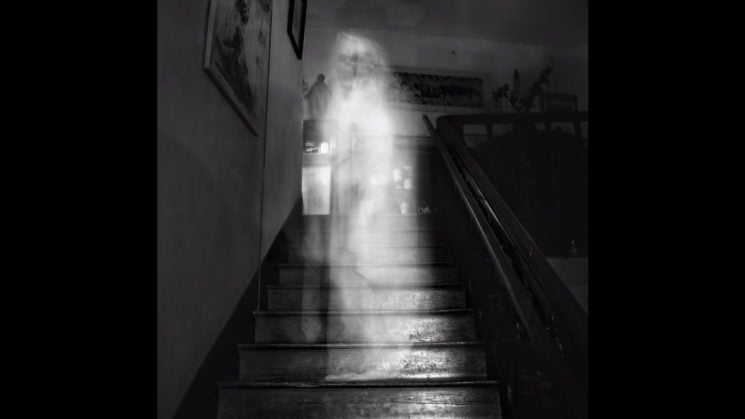 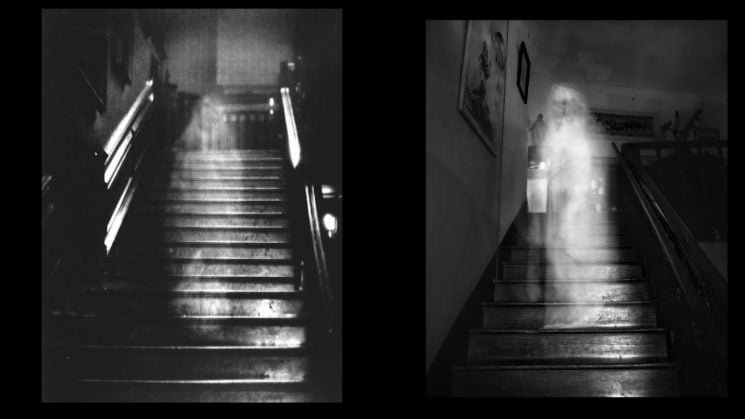 The Spectre of Newby Church 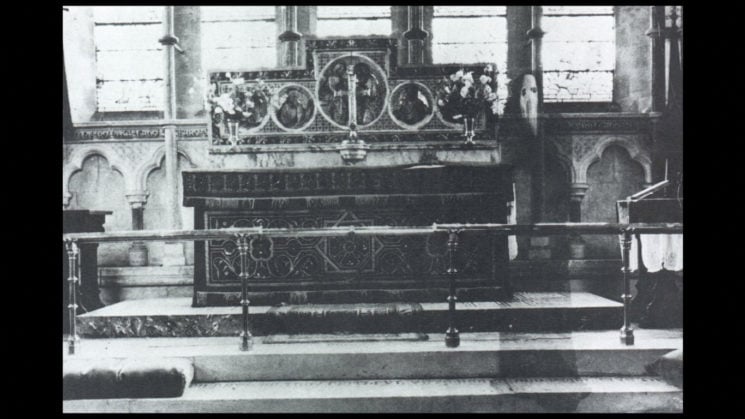 The Spectre of Newby Church is “the ghost” in the photo taken in the Church of Christ the Consoler, in North Yorkshire, UK. The photo was taken in 1963 by the Reverend K. F. Lord. There were many speculations that it could be a 16th-century monk. The figure has a white shroud over his face, maybe to mask leprosy or another anomaly.

It seems in the photo that the ghostly figure is nine feet tall, but the skeptical minds claim he it could be easily be standing on the box to appear taller. Also, some photography experts claim the photo isn’t a double exposure. Rick Burden, the founder of the Ghost Hunters of Australia website, believes it’s “probably fake” and points out that it “resembles many other double exposure hoaxes.”

Mathieu used long exposure this time, too. His “ghost” was tall, so there was no need for the box to stand on. He customized the mask with some wet toilet paper (which fell off after the first photo). Despite the silly moments during the shoot, the photo actually turned out really well. 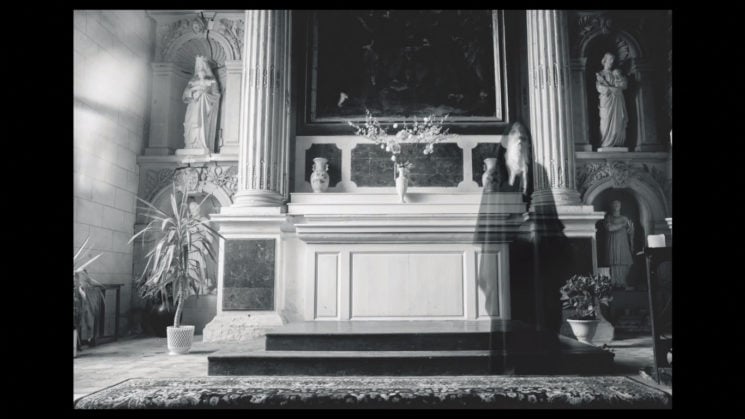 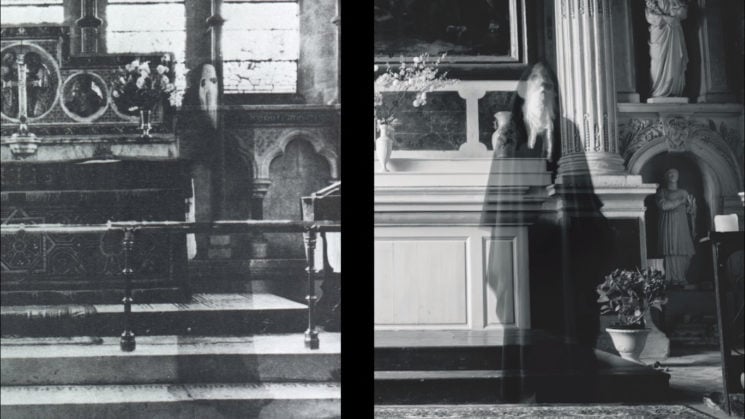 I enjoyed this project of Mathieu’s a lot. I was also fascinated with mysteries as a kid, as I assume most of us were. I remember secretly stating up late to watch The X Files and reading Arthur C Clarke’s Mysterious World over and over again. So it was fun to see the scary ghost photos recreated now that I’m a grownup. I’d love to see him recreate the famous photo of Nessie next, that has always been one of my favorites. What about you?

[I RECREATED THE 3 BEST GHOST PHOTOS Ever Taken | Mathieu Stern]

« This small shiny disc almost doubles the output of your Godox AD200/360 lights
DJI announces mandatory firmware updates, or they will disable your Spark drone »