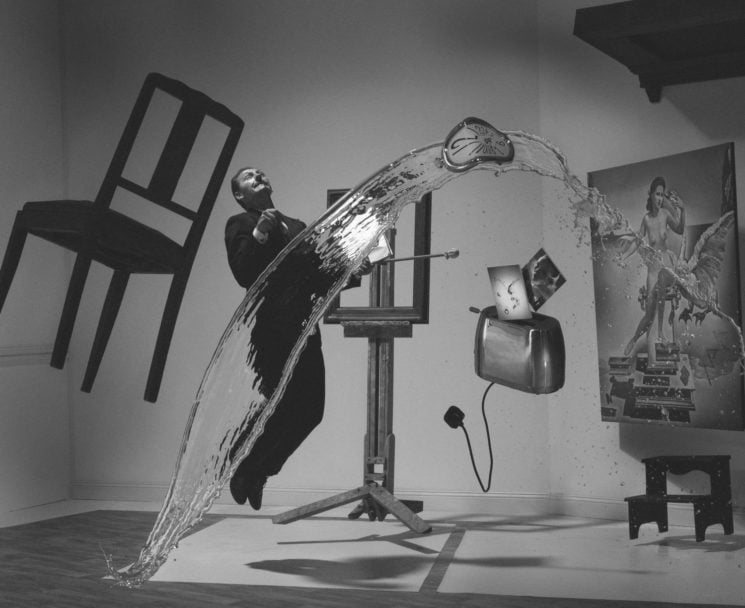 Whether or not you like Salvador Dali’s work, it’s hardly possible you haven’t seen one of the most famous photos of him: Dali Atomicus. It’s on the TIME’s list of 100 most influential photos of all time. It was a result of collaboration between Salvador Dali and photographer Philippe Halsman and it was captured in 1948.

In 2017, almost 70 years later, photographer Karl Taylor has recreated this iconic image with modern tools and gear. Still, he remained faithful to the original and didn’t use Photoshop make the objects float. Just like in the 1948 photo – all the objects are suspended with wires. He shares the story of recreating this famous photo, and it was such a big project that even BBC documented it.

The idea behind recreating Dali Atomicus was a tribute to both Salvador Dali and Philippe Halsman. Taylor admits this photo has inspired some of his work, and you can see the influence in some of his fantastic images. When you add this to the fact this is one of the most famous images of the 20th century – the decision to recreate this photo among all others is pretty clear.

Taylor and the team started by building the set and getting the props, trying to recreate the set from the original photo. They remained faithful to Halsman’s technique – they suspended all the objects with wires instead of manipulating the photo. Still, there are some things they changed. Unlike Halsman, Taylor didn’t use cats in the photo. Instead, he used a toaster with two photos popping out of it and the recognizable “melting clock” from Dali’s painting Persistence of Memory.

When the studio was set up, it was time to figure out the direction of light. It was a tricky part, but as you can see from the recreated photo, it was successful. Taylor analyzed the light and shadows in the original image and sketched it, and then recreated the light on set. 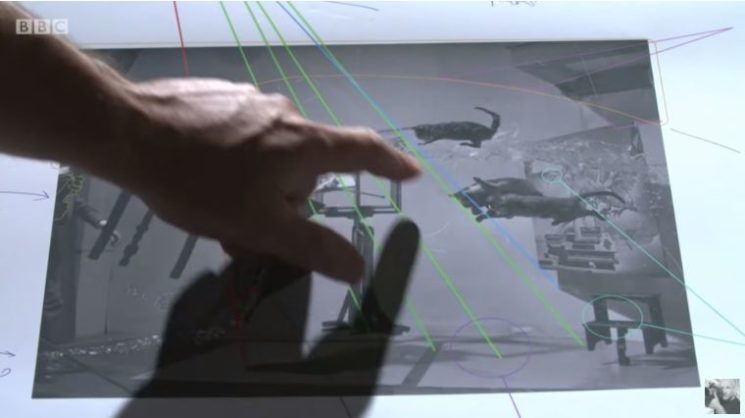 Capturing the water correctly was another tricky part, and it was one of the key parts of the shot. So, they tested this outside before the photoshoot, many, many times. Of course, they had to repeat it a few times in the studio as well. But fortunately, they didn’t cause a flood before synchronizing the jump, the water and pressing the shutter. 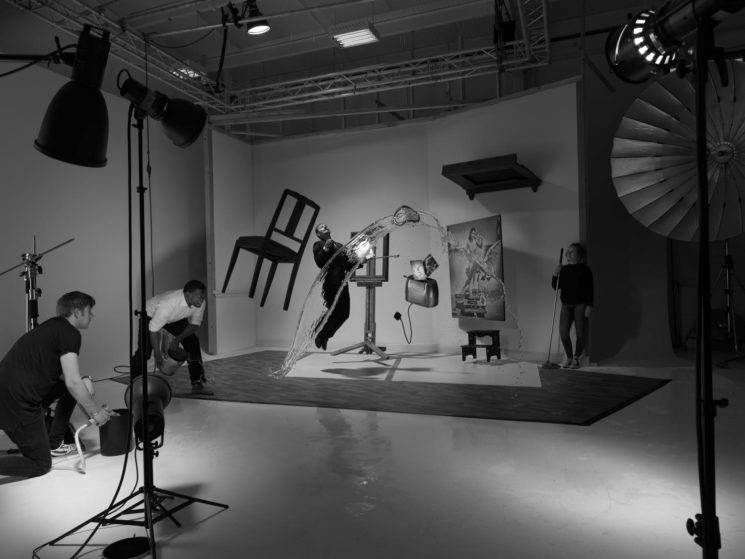 Here are the original and the recreated photo compared: 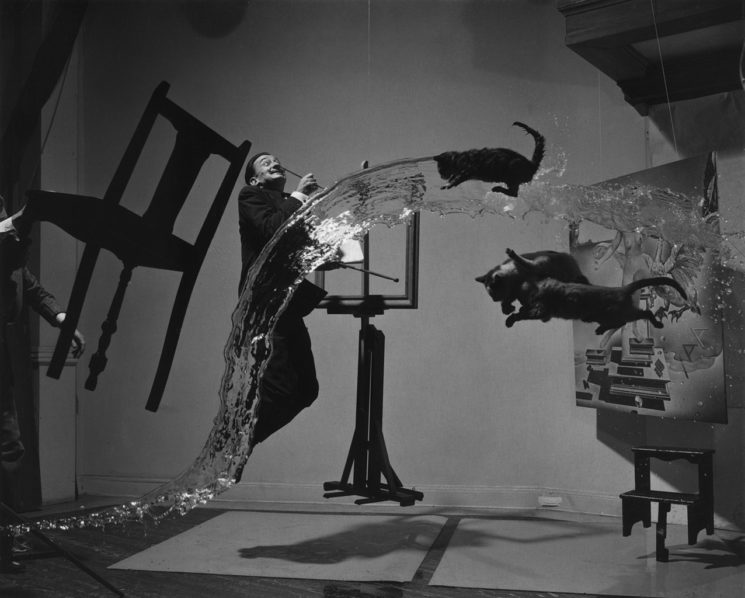 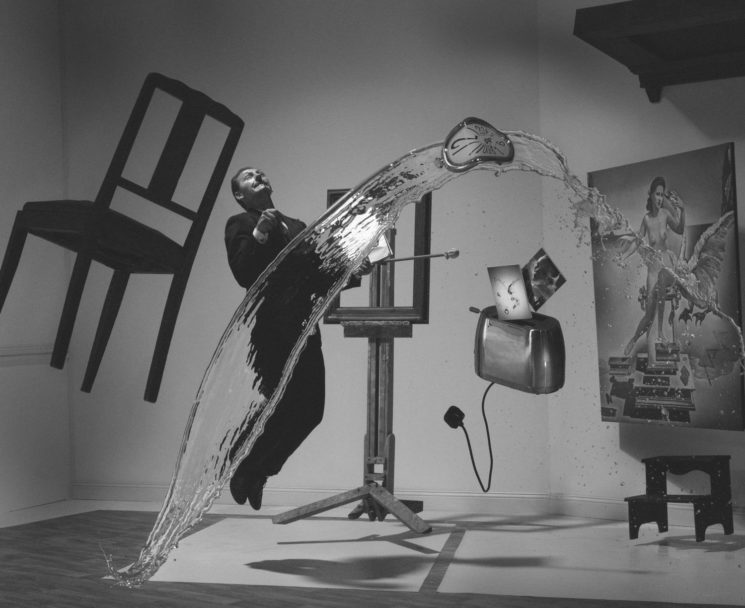 In another video, Taylor shares the details of his setup. He explains both the look of the set and the lighting setup, so you can get even more insight how everything was built for the shot: