To attract new clients, I decided that I needed something a bit different for my portfolio. I had a crazy idea and no money, but I embarked upon this epic project regardless. My idea was to shoot a 2.5D video consisting of 29 separate still photography photo shoots in a project which took me 8 months to complete. Here’s my story:

LETTER IN A BOTTLE:

The end of 2013 was a tough financial period for me. I had the idea to create a project for my portfolio that was a bit different. I had to do everything on a tight budget and after 3 small stories in pictures I decided to make another one but with more images and more complexity in the making. I called the project “Letter in a bottle”.

It is a simple romantic story of an 19th century girl who finds a letter in a bottle. From the letter she understands she had a twin sister and on the next morning this girl beings a journey to her sister’s place. She is travelling by train, horse, ship, going through a ship wreck, swimming and finally reaching to the final destination. I decided to make a 2.5D film out of the images so it looks like a short film.

It was a very ambitious project that I had to do with little money. That’s why I went with compositing for 2 reasons:

I hired a model and shot everything indoors. Prior to hiring the model I sketched every single image, the light ratios, light positions, light modifiers. As I’m paying the model by the hour, I had to be as quick as possible, so I had to be prepared upfront.

We shot all the 29 planned scenes for about 4 hours. Most of them were shot using 1 or 2 big Elinchrom octabanks which are awesome (see my equipment list below). Not of less importance was the acting and expressions of the model. I directed her on every single scene and she did a really amazing job although she’s a fashion model, not an actor.

After that I spent the rest of the 7 (seven) months travelling, shooting backgrounds and composing scene by scene. Every element in the backgrounds has been shot with the sketched lighting in mind. There were scenes including underwater shots which were created using a large fish tank (which I hired from a local pet shop). The ship was a 3 foot model I photographed in a luxury local shop.

Every picture took me about 3-4 days in Photoshop alone. Why so much? Because I’m not that good in Photoshop and it takes me more time to do composites. No plugins or special actions are used. I wanted the whole story to look as real as possible. There were not any monsters, aliens, guns, explosions the photos had to look as romantic movie scenes and the last thing I wanted someone to say was “look, it’s all composited in Photoshop”.

PULLING IT ALL TOGTHER

The 8th month was all for creating the 2.5D video out of the separate layers in the photos and recording the music for the video.

There are miniatures that I built for some scenes. For example the first scenes with the girl on the pier, she was actually sitting on chairs while the pier is a 30cm miniature I made of wood.

On all of the scenes the hair is elongated by manually illustrating it. I created a quick-pace video about that (I hope pro illustrators won’t see that :):

The project was found to be interesting for most people but not that much because they simply saw a bunch of nice pictures in a story. I’m not shouting out loud it’s been all shot in a small room and composited in Photoshop because people will start looking at it as a “lot of photoshop work”. To me it’s “lots of planned photography work and unfortunately had to be composed in Photoshop”.

The video has been created in Photoshop CS6. Each of the scenes is about 1-1.5G files which are broken down into simpler layers that were animated into separate videos. The videos are then combined together with the music into the final 2.5D clip. The video is 30fps as it doesn’t really matter for a 2.5D clip (I usually prefer 24fps).

The project took me 8 months:

The total cost is probably about $500 most of it went for gas.

I did that for the sake of getting future clients. I already got hired for a couple of bigger projects because of “Letter in a bottle”. Some of these projects are already completed and are in publishing now (I’m not allowed to publish them yet). It’s been 4 months since I’ve published “Letter in a bottle” so it’s doing its job.

and here is how it looks on a story board:

I shoot with a very simple setup including Elinchrom strobes, for the full gear list, see the original article on inmybag.net.

Tihomir Lazarov is a commercial portrait photographer based in Sofia, Bulgaria. You can follow his blog here and his facebook here. You can see his profile, links, gear, philosophy and influences on InMyBag.net. This post was originally published at inmybag and posted with permission here. 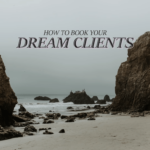 3 tips to attract clients you really want to work with

This epic photography portfolio took 18 months to craft by hand

You Will Never Trust Instagram Again After Watching This Movie

My process for creating insect portraits with macro photography
« Things Clients Say To Photographers – How Many Have You Heard?
Evolution Of The iPhone Camera: Comparing The iPhone 6 To All Of Its Predecessors »