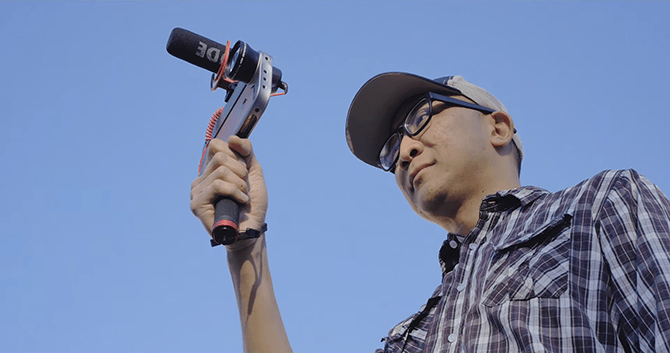 I get the charm of shooting video on an iPhone, especially since picking up an iPhone SE.  It’s small, it’s always with you, and the video it can produce is pretty impressive.  But where my SE has the advantage of a slew of cases available that let me hook it up to all kinds of other video shooting devices, many 6S/6S Plus users do not.

The new Helium Core for the iPhone 6S and 6S Plus form factors not only aims to fix this situation, but takes things a step further by adding a whole bunch of 1/4-20 thread sockets allowing mounting your phone to pretty much any system you desire, as well as letting you to add microphones, lights, and other gadgets on top.

Photographer and Filmmaker Brandon Hoe developed the unit in order to make shooting video with iPhones easier, and to overcome some of the ergonomic issues of attempting to do so with a “naked” iPhone.

Brandon, having now developed a solid basic system, has started a Kickstarter campaign where you can order your very own to help fund the tooling required to mass produce these cases. 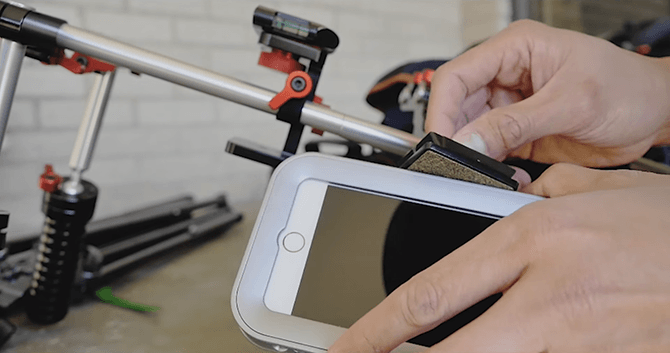 As well as offering more than a dozen 1/4-20 sockets into which you can screw attachments, the case also has a built in lens mount to which you can attach 37mm threaded lenses, with other lens options via the use of adapters, and it offers this while still offering full access to all the iPhone’s native buttons, ports and jacks. 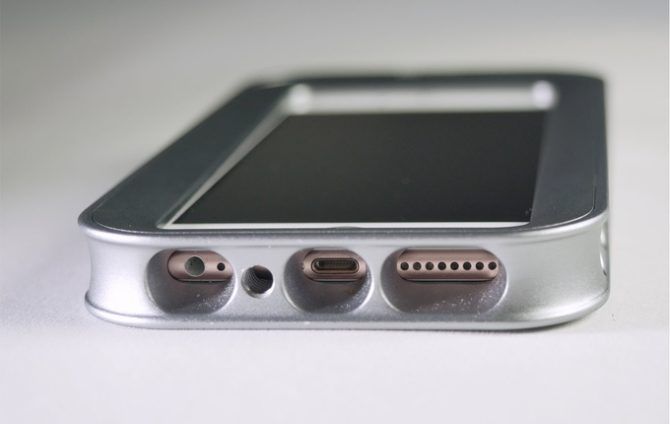 Paired up with FiLMiC Pro, the iPhone already becomes a very useful camera for video, but this new rig adds some functionality that has mostly eluded iPhone shooters in the past. 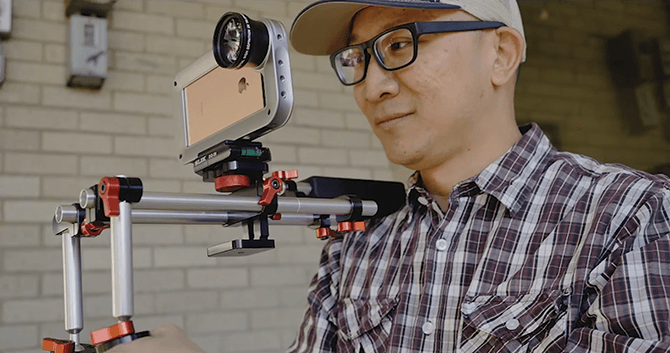 One very cool addition to this case, which would’ve sold me on the idea all on its own is the Micro-dolly, a set of wheels that takes advantage of the Helium Core’s unique design, to provide built in slideresque movement options. 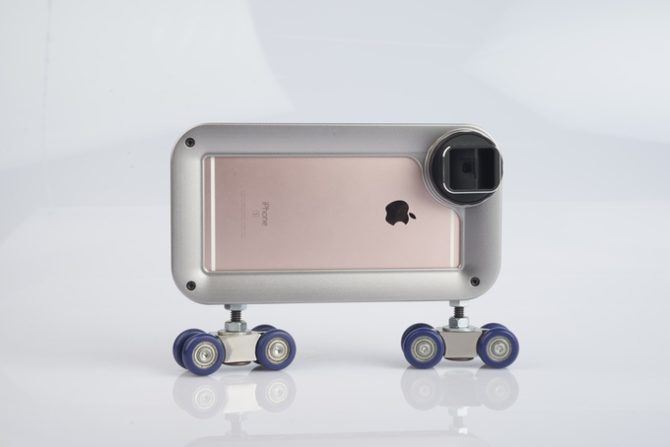 While the iPhone would probably never be a main camera for me, I have started to use my SE quite a bit in multicam setups alongside DSLRs as the wide shot camera.  As I always carry it around with me anyway, it can also be a quick and easy way to grab BTS footage while everything else is still packed away.

With the big push for things like Facebook Live, Periscope, and YouTube live streaming, more and more people are using their phones for video than ever before.

A case like this kind of makes me wish I’d gone for a 6S or 6S Plus instead of the SE, but I’m sure I’ll get over it.

« Paxispax is a bag with a pouch that goes from back to front
Samyang muscle their way into the autofocus market with two new 50mm f/1.4 and 14mm f/2.8 lenses »