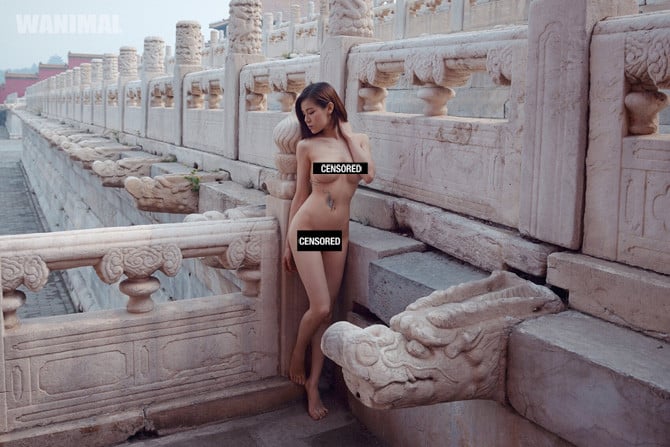 While China typically seems content with simply taking our souls in exchange for feeding our rampant materialism with affordable products, they seem to have picked up a little American prudishness along the way.  Chinese photographer Wang Dong (stop snickering, thou perverts) has sparked a considerable deal of outrage after posting nude photos of models taken inside the Forbidden City.

The images, which surfaced on the Interwebs in May, depict bare-chested and fully naked models posing throughout the palace museum. One model is even pictured riding a stone dragon that is part of the architecture.  (Creativity…what will they think of next?). The 2 corresponding tumblr posts [NSFW] received over 3,100 notes and reblogs.

Once the images hit the web, all Hell seemed to break loose with countless individuals calling the shoot profane and a desecration of the sacred historic site, according to The Mirror.

According to the Palace Museum director, the site has 1,500 security cameras, at least 20 of which captured the shoot.  He claims that footage of those involved, from the time they entered the museum and throughout the shoot, has been turned over to police. 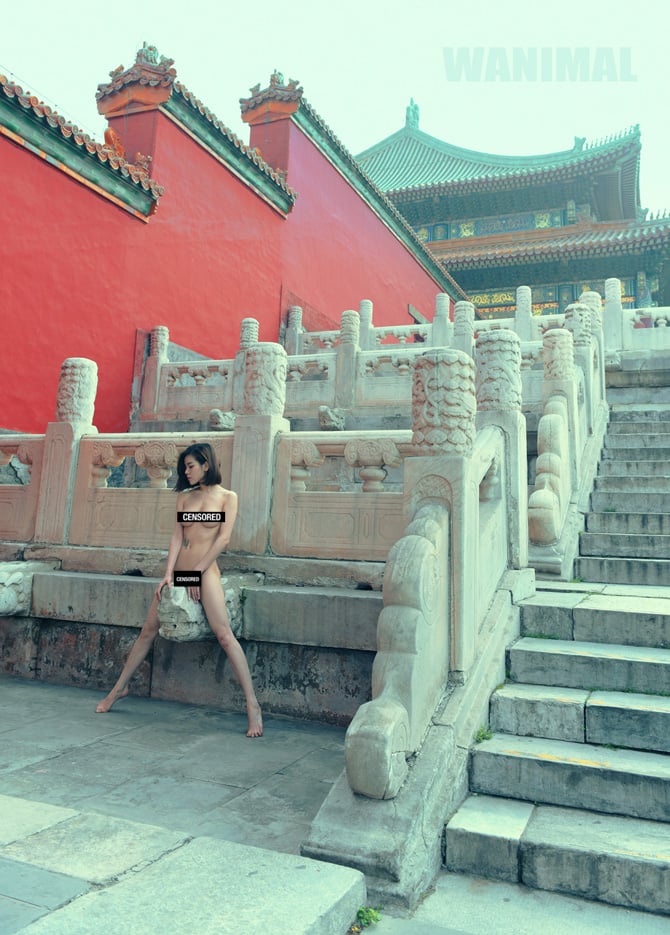 The funny thing is, none of this made news until the images were posted online and the world became appalled.  According to Mr. Dong, he and the others involved were not disturbing anyone, and nobody could see what they were doing in.  “I was just getting on with my work and did not affect anyone else.”

In fact, no tourists lodged any complaints, so it’s hard to imagine that any decency laws were technically violated.  Even The Mirror, who previously reported on the incident, states, “As no-one complained about his actions it is unlikely that any further action will be taken because it cannot be counted as a public disturbance.”

Defending his work, Dong explains that some people simply “do not understand expression” and that nudity in art is no new invention. And while sore are outraged by the fact that he shot nude at this place, some followers are using his tumbler to send an encouraging message (at least according to google translate):

The fact that Dong has not “disappeared”  is at least an improvement in a country where, in 1990, their Supreme Court ruled that those in possession of pornographic or otherwise sexually-explicit material could face life in prison or execution.  At least America hasn’t gone THAT far off its rocker…yet.