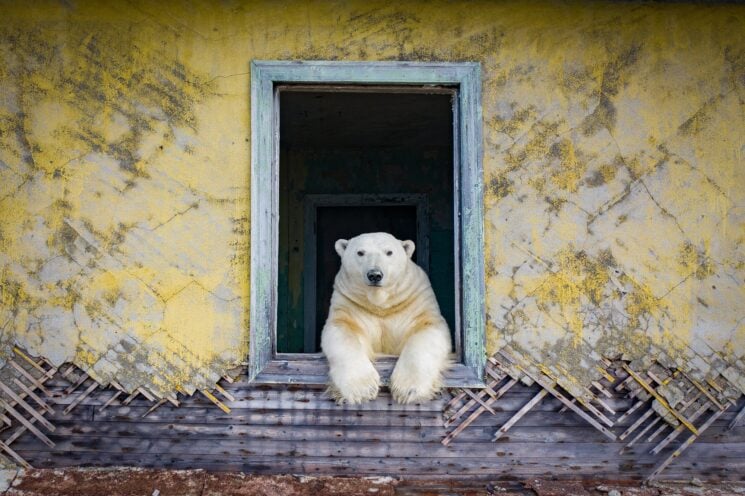 I equally admire photos of wild animals and abandoned places. Russian photographer Dmitry Kokh brought them together and created a stunning photo series. He photographed polar bears at an abandoned weather station in the Arctic, and they look like they were made in the post-apocalyptic world.

When traveling to the Russian Arctic, Dmitry and his expedition were passing near the Kolyuchin Island in the Chukchi Sea. They spotted the abandoned buildings, but there was some movement around them. As they approached – it turned out to be polar bears. The building they were walking around was the weather station built in 1934 and closed and abandoned in 1992.

With “technology and a little bit of magic,” as Dmitry tells us, he managed to capture once-in-a-lifetime photos of these gorgeous animals. And the sight is definitely not something you see every day. Not only the bears aren’t that common on this island, but it’s also not usual to see them walking around a place like this.

Dmitry also filmed a video of the polar bears hanging out near the weather station, and thanks to the drone, it appears as if he was right there with them.

The magnificent animals contrast with the post-apocalyptic feel of the eerie place. The photo series really isn’t something you’re likely to see, let alone photograph. On his Instagram, Dmitry describes the Russian Arctic as “an extremely beautiful parallel world.” However, he points out that it’s full of trash, and that something must be done about this problem.

“For example there’re around 12 millions abandoned fuel barrels scattered along the coast. In Soviet time they brought the barrels, and after the fuel was used, they dropped barrels all over the place. Plus abandoned villages, construction trash and so on. And it’s way too expensive to clean everything now. As I know, our government is trying to start some cleaning program, hope the solution will be found. But so far some barrel fields got new citizens to deal with.” 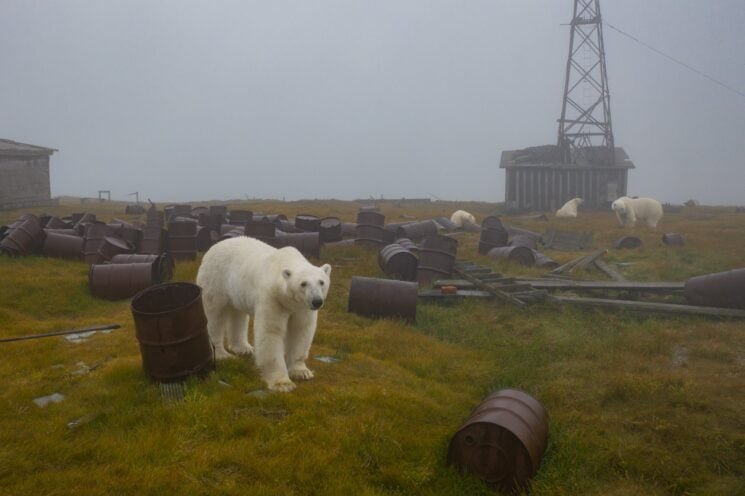 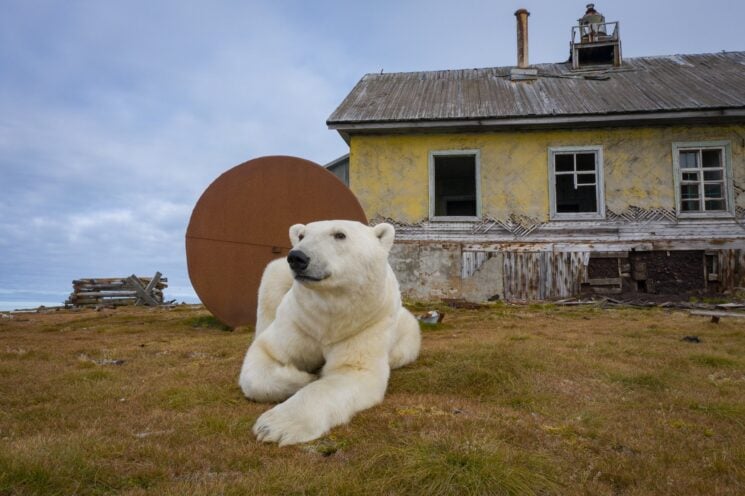 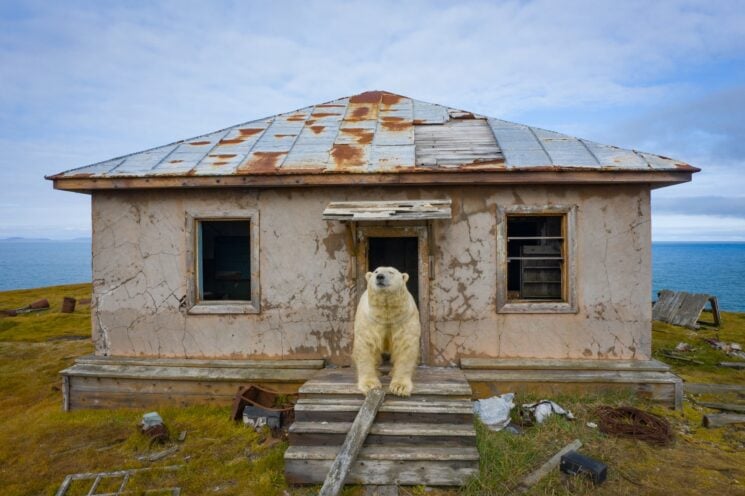 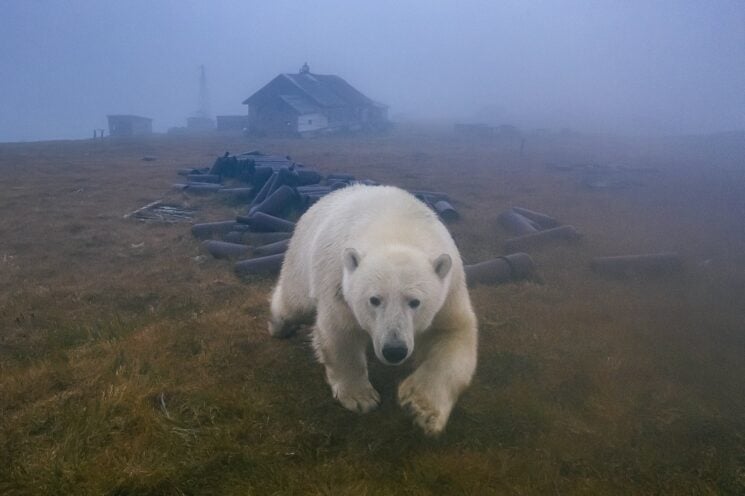 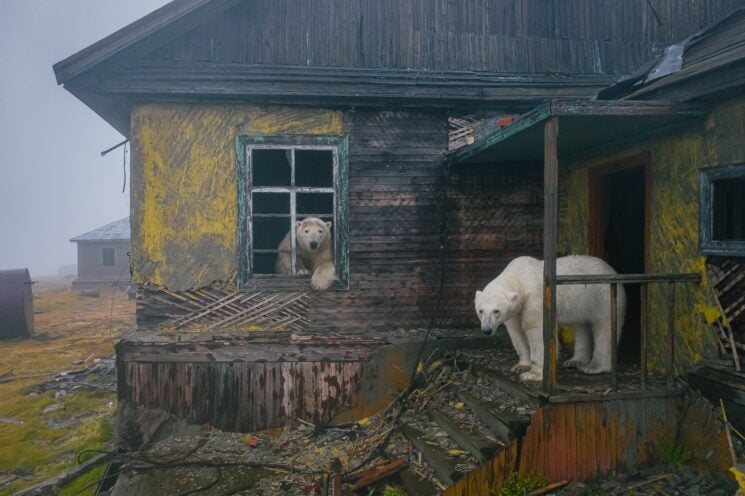 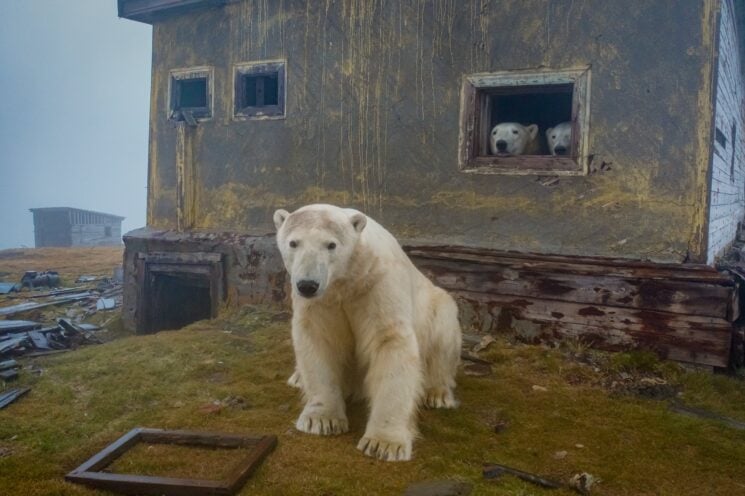 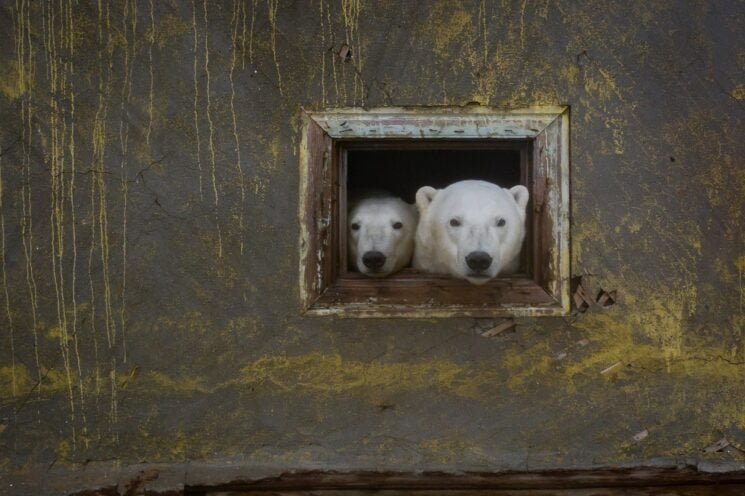 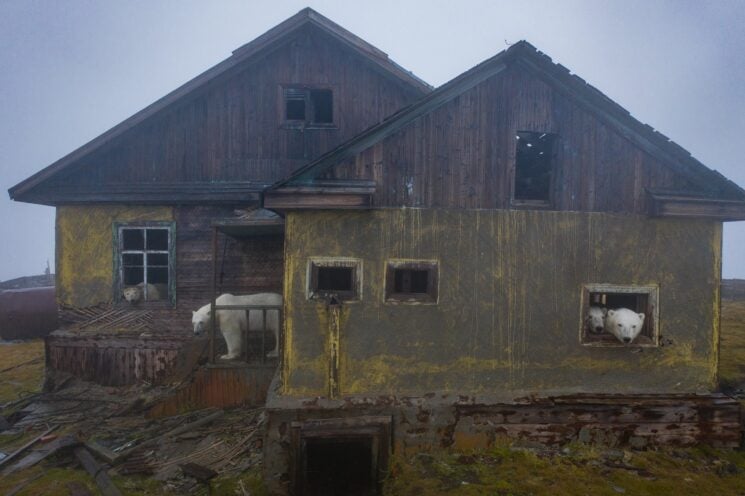 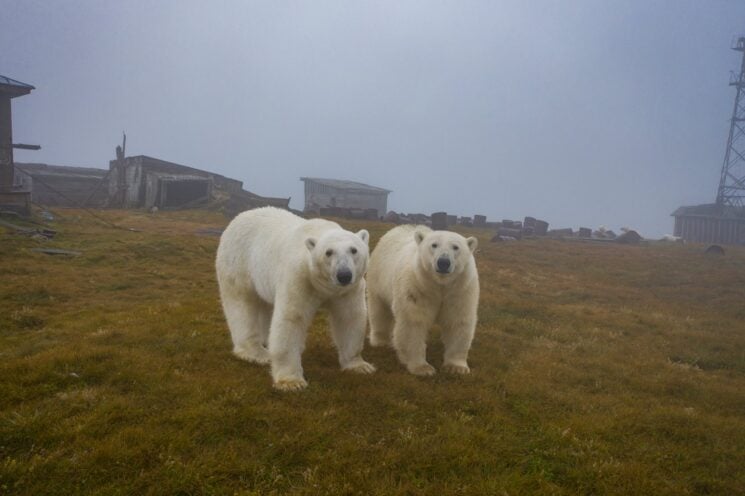 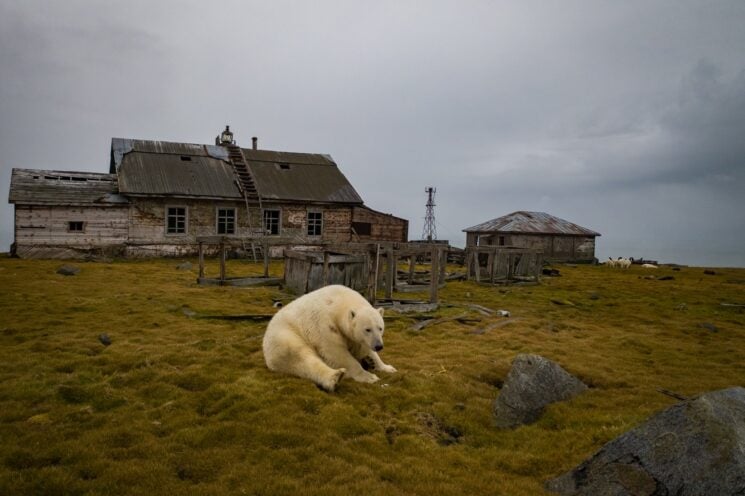