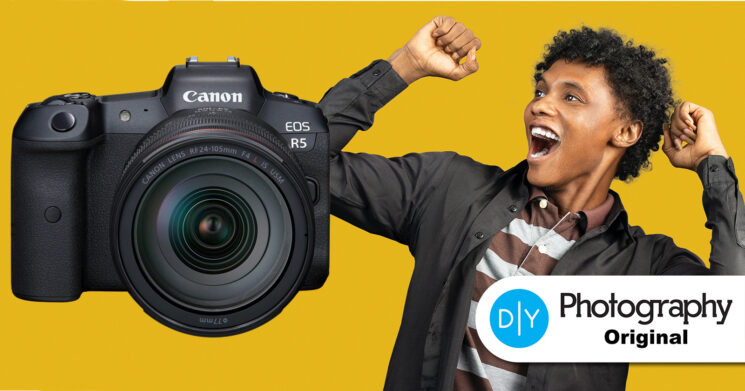 It is often said that gear makes little to no difference, however that couldn’t be further from the truth in the case of Lon Moore. In an exclusive interview with DIYPhotography, Mr. Moore agreed to share his experiences.

Mr. Lon Moore is a photographer who has been using DSLRs for over 20 years. It is rumored he was the first-ever person who bought a DSLR. That said, he is usually the first person to pre-order any new cameras that come out. With the hype around mirrorless growing, Mr. Lon Moore has taken the turn and has been one of the pioneers to do so. Oh boy, what turn for the best it was. Here’s the interview Mr. Lon Moore gave about upgrading gear:

DIYP: Lon, what is it about mirrorless that appealed to you?

Lon Moore: Well you see, the reviews point in one direction: Mirrorless is better than DSLRs. While some naysayers think that DSLRs are still as good I say no. The new features like more megapixels, better autofocus, and just the better looks are a must for me.

DIYP: Do you upgrade often?

LM: Yes,  I upgrade all the time. While most of my colleagues are saying that upgrading each time something new comes out is a waste of money, I laugh and tell them that 2009 called and wants their 5d Mark II back. Each time a better camera is released, I feel like I’m being better. Why? Because whenever I buy a new camera I just know the picture is better. I make sure to tell the client how good the camera is so that they know they hired a real pro, not some amateur with a point-and-shoot.

DIYP: What did upgrading to the EOS R5 give you?

LM: Oh you know, before I had the R5, I was still shooting on a DSLR because the EOS R was a step back, not forward. But since I upgraded to the R5, everyone around me hired me. I finally shot the Nike commercial I always wanted, and more Vogue covers than Leibovitz. It seems like the new camera has really improved my career a lot. Good thing everyone is obsessed with camera equipment.

DIYP: Thank you very much, Lon Moore! We hope your R5 will make you’re a better photographer

Naturally, Mr. Lon Moore is a fictional character. Any similarities with real-life characters are purely accidental. The intent of writing this faux interview was to point out that upgrading to any camera is simply just that: a different tool. If you switch cars you won’t be a better driver. If a pilot cant land a small plane, chances, are, they can’t land a big one either. Gear gives you possibilities, but you have to know what to do with them. Sadly, you can’t put a camera logo on your work. Sticking to shooting as much as possible, reflecting on your work, and shooting again is usually the best way forward. It’s what I do, and many people before and after me have done.