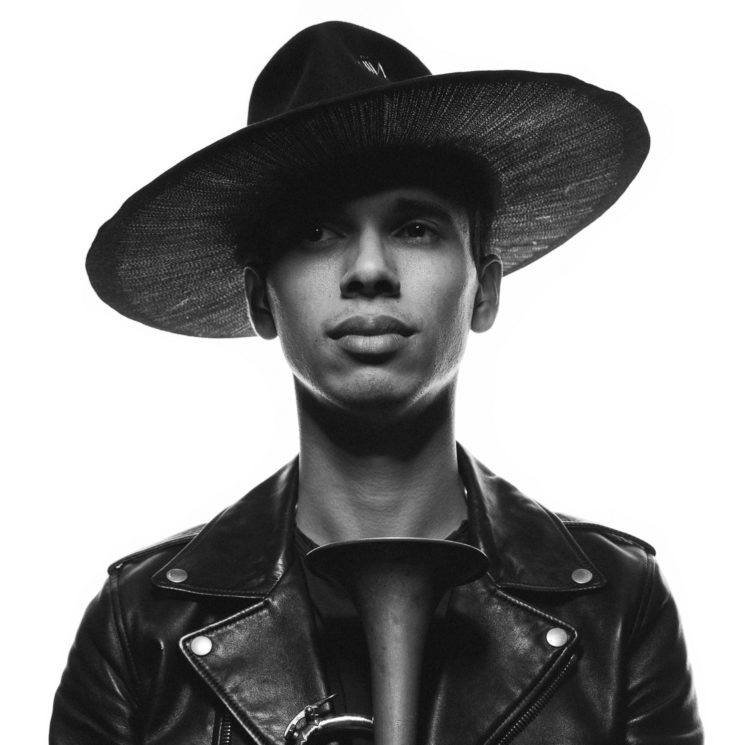 Recently I had the opportunity to photograph an incredibly talented trumpeter by the name of Spencer Ludwig. You’ve definitely heard his song ’Diggy’ in all of the Target commercials lately, and he’s currently touring throughout North America kicking out the jams.

After some emailing back and forth we decided that the best spot to shoot Spencer would be at the hotel where he was staying, following his show that night in Denver. Hotels aren’t usually the most interesting places to shoot in, but I knew with some scouting that ideas would come together eventually.

During the location scout I noticed that the lobby was actually a pretty cool looking area, but of course with high foot traffic on a Friday night (St. Patrick’s Day no less) it would have been pure hell trying to make things happen, so I found an area on another floor with this textured wall I was liking. 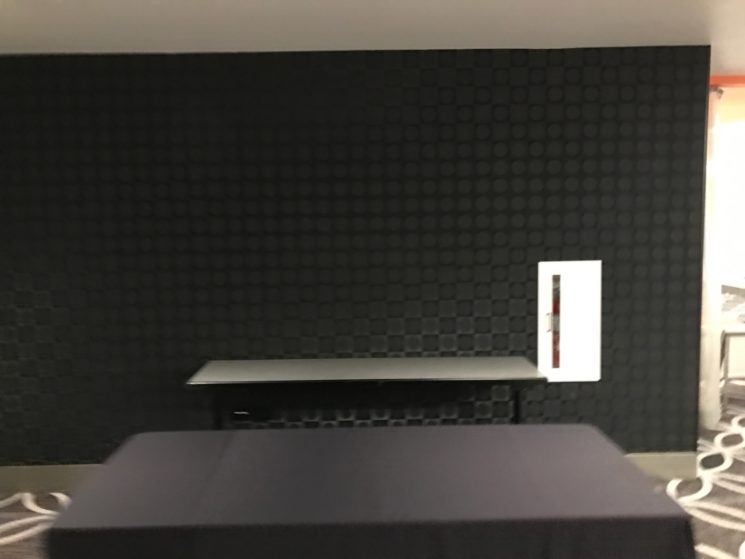 I knew that the goal for this shoot was to get as many options as possible in a short amount of time, ideally in a confined area where moving around wouldn’t take much effort or time. I was rolling solo on this shoot, so any changes to lighting, props, equipment or otherwise was being done by me myself and I, while keeping in mind that Spencer was going to be pretty spent after performing. The time for experimenting and ‘let’s see what happens if..’ was not now.

With some furniture nearby and an interesting black/white wall split in the corner, I felt like this would be the best / logistically realistic / most private / ideal spot to work in, so I set up shop with some help from the hotel’s bellhop cart. 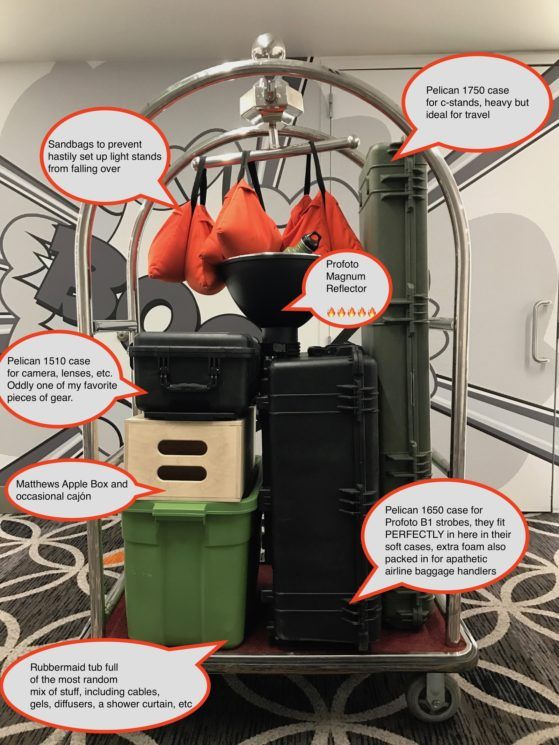 After some tinkering I had the first setup complete, with everything else laid out and ready to go, so when it came time to shoot things moved along as efficiently as possible. 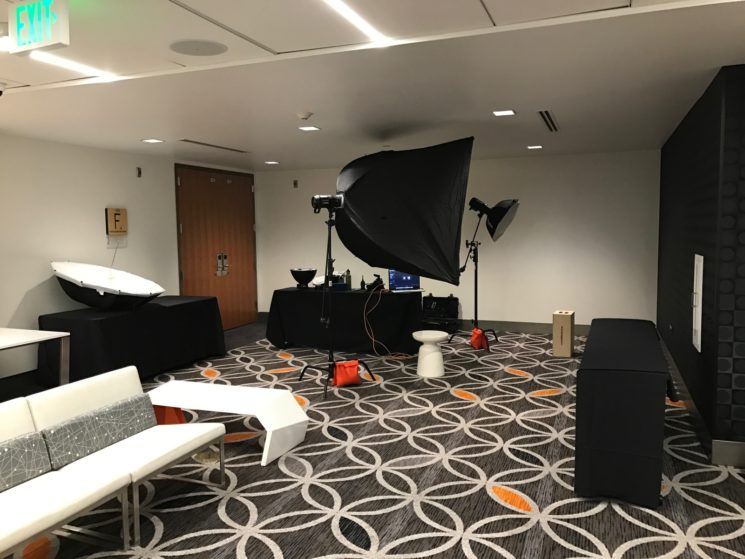 Our first setup consisted of using that split with the textured wall, knowing Spencer would be in mostly black with his hat on I wanted to have some mild contrast going on in the frame while still keeping the focus on him.

As pictured above, I setup a boomed beauty dish for the key light and an XL soft box right behind me to fill in the shadows and spread a pretty broad even light across the frame. We worked through a few different head/shoulder portraits, with some closer options too. My approach for this option was to have something warmer feeling and muted. 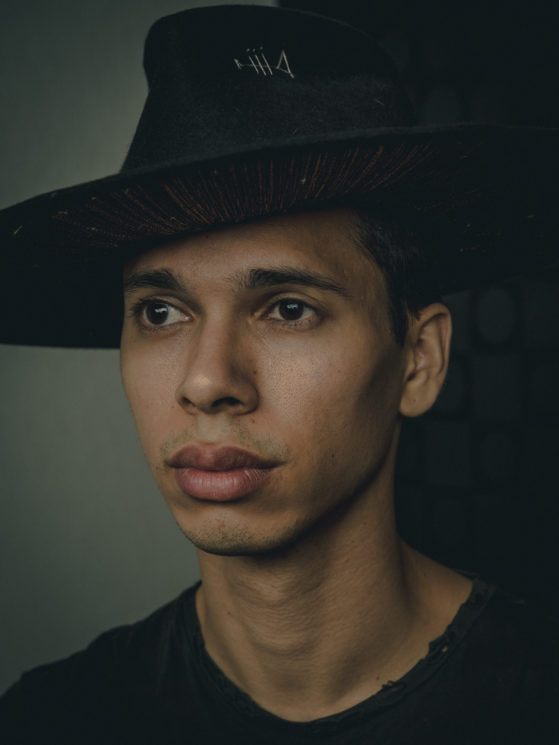 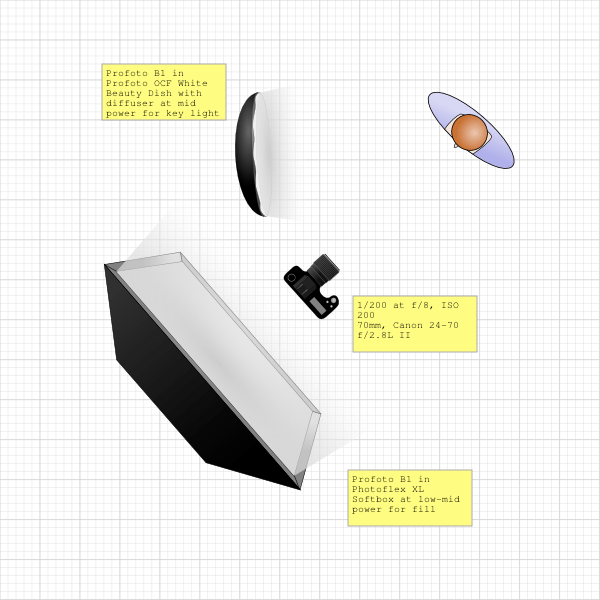 Following that setup I rearranged things a bit, putting Spencer in front of the XL soft box we were just using, and swapping out the beauty dish for Profoto’s Magnum reflector, a much harder and punchy light source. Because the Magnum is so punchy, I’ve found I can drop my power on my strobe lower than I’d expect and still get plenty of light on the subject with crispy highlights.

I boomed the Magnum up high at a 45 degree angle pointed down, directly behind me. With the Magnum up and behind me, and Spencer in front of the box, he was able to move around a bit and we could shoot freely without worrying about exactly where the light would be hitting. 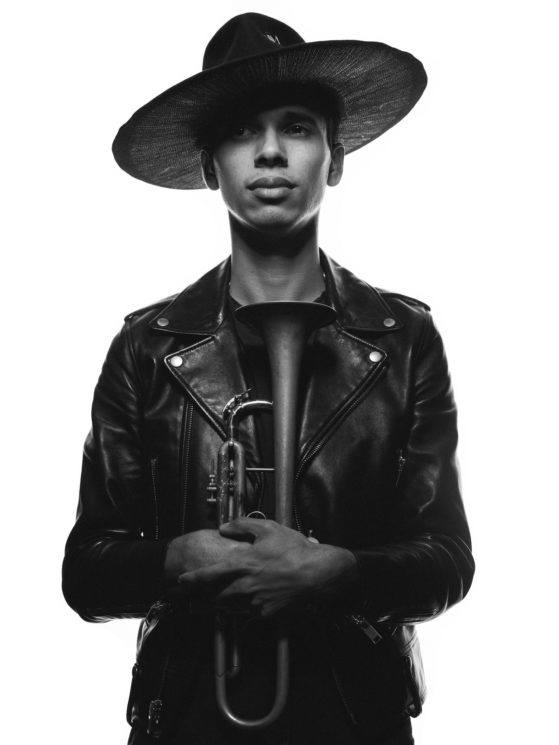 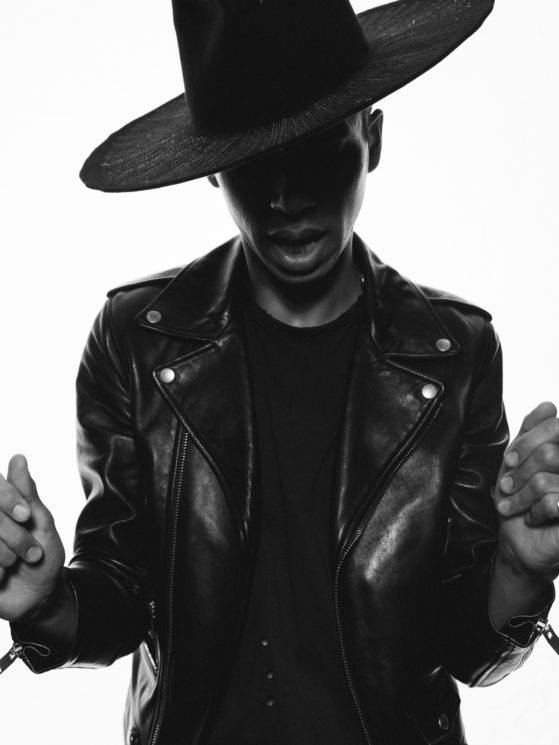 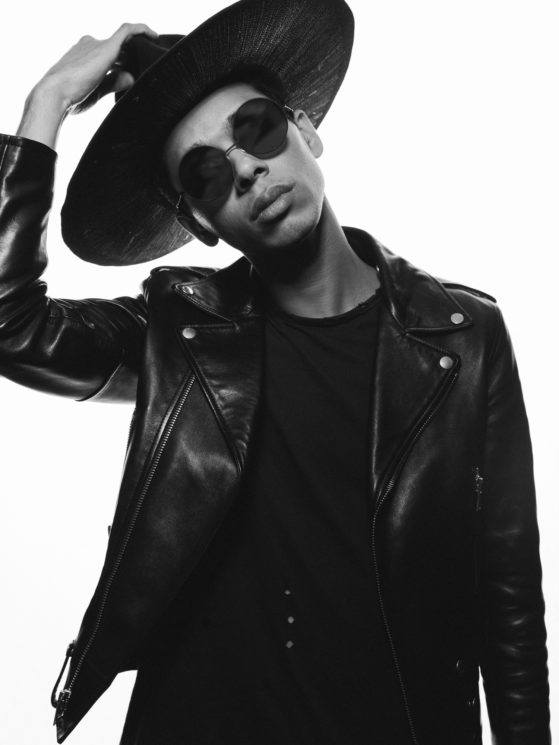 Lastly I wanted to try and mimic a moment where he’s about to go on stage. The premise was something along the lines of him being in his dressing room about to go out and play one of the biggest shows of his career. Maybe he’s thinking about how far he’s come, etc.

For that setup, we grabbed a couch and set it up diagonally near the wall, with the XL soft box providing a really soft key light and a gridded / gelled light on a boom putting some color on the wall behind him to separate things a bit. 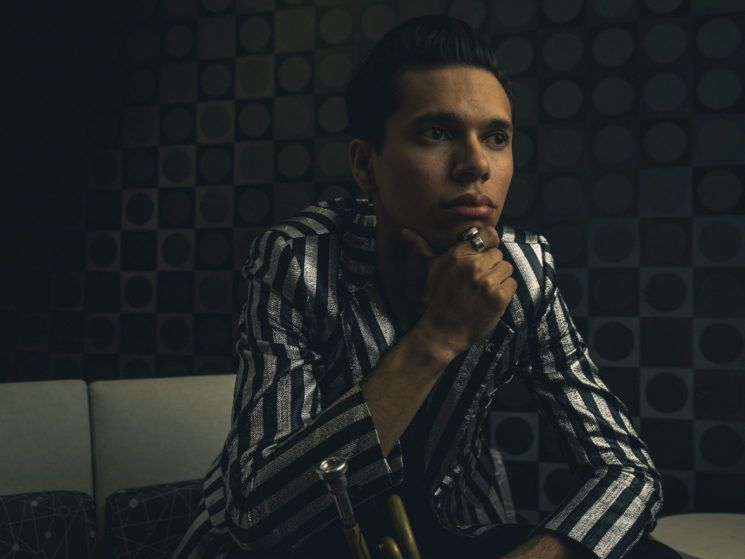 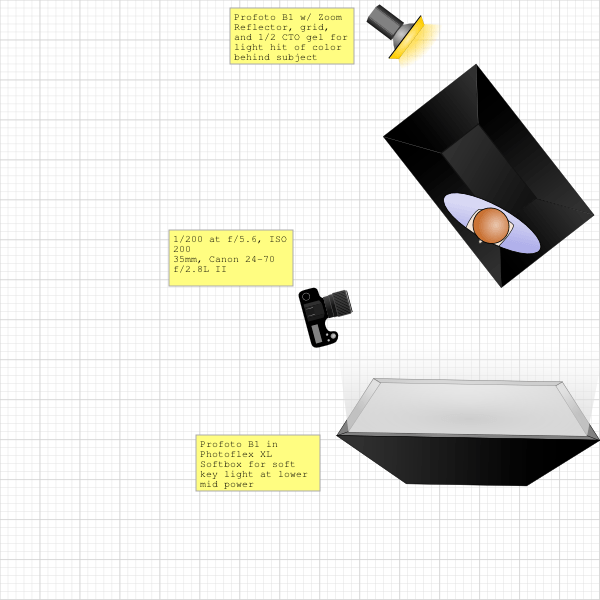 And with that the shoot was finished, as Spencer was beyond generous with his time following his show that night, even without having dinner before the shoot!

With files backed up, gear packed away, and an empty makeshift hotel hallway studio, I headed home.

You can check out tour dates for Spencer Ludwig on his site, and if you have questions / comments feel free to leave them below.

Chip is a photographer who lives in Denver with his wife and pug, loves to ski and bike, plays drums as much as possible, has a degree in Tourism Management from Kent State University, loves music, could always use more coffee, was raised near Cleveland, and has been shooting professionally since 2008. You can find out more about Chip on his website and follow his work on Instagram. This article was also published here and shared with permission.

the most talented photographers talk about industry secrets for free